Haunted English Pub Complete With Coffins to be Auctioned Off

An allegedly haunted pub in Pontypool, Wales, will soon be auctioned off with a guide price of £140,000 (a little over $195,000 in American funds). The Hanbury Arms, which dates back to the 1830s, has a cellar, a bar on the ground floor, an apartment on the first floor and four other bedrooms.

While it has been refurbished, there are still several ghosts that are rumored to lurk around the building. Surveyor Debra Bisley stated, “...if you buy the Pontypool's Hanbury Arms you may need that extra bit of bravery to complete the work,” adding that the pub “...has a well-documented history of paranormal goings on over the years with one particular legend concerning nineteenth century hangings in the building and the appearance of a former executioner.”

In addition to the ghostly executioner, a little girl called Emily and a small boy wearing Victorian clothing have been seen numerous times around the building. 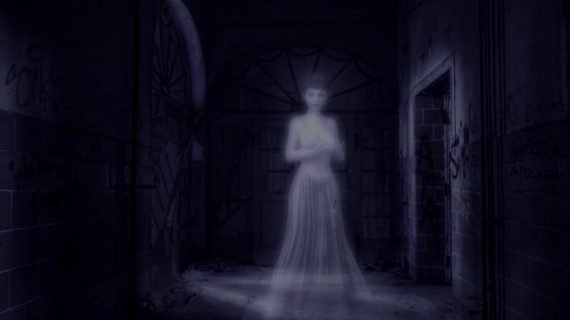 Workers at the pub have claimed to have seen orbs of light around the bar area; beer glasses have smashed without explanation; and lights have inexplicably turned off and on. Some staff members smelled garlic in specific areas of the building. Workers who were refurbishing the pub said that they felt an “oppressive feeling of dread” and a “bitterly cold presence” while they were upstairs.

The cellar is a particularly active location as barrels of cider have popped open when the room was locked in addition to the former manager hearing disembodied whispers. The fact that there are still several coffins located in the cellar may explain the ghostly activity.

Back in 2012, former owner Sean O’Connor talked about the paranormal activity, “It doesn’t worry me, I just laugh, but it wasn’t funny when we lost 88 pints of Strongbow,” adding, “The experiences we have had have been so profound and tangible that you’ve got no option but to believe it.” He went on to say that he had three different paranormal experts investigate the pub and they all felt the presence of ghosts.

There have been so many reports of paranormal activity at the Hanbury Arms pub that whoever decides to take over the property may find that they’re not alone in the building. Pictures of the pub can be seen here.