How Much Information is the U.S. Government Withholding About UFOs?

For nearly as long as the idea of unidentified flying objects has existed, there have been speculations about how much information governments like that of the United States might have about them, and whether significant amounts of that information are being withheld from the public.

In June 2020, a YouGov poll asked whether people thought the U.S. government would share information it had about UFOs with the public. According to those who responded, a majority of 56% said they felt the government would hide such information from the public, while those responding that it would not, or that they simply did not know, tied at just 22%.

A similar poll in 2019 received an almost identical response, and later that same year a Gallup poll found that close to two-thirds of Americans hold the view that the U.S. government knows more than it is telling us about mysterious aerial objects.

What does this say about Americans and their beliefs about UFOs? Are people mostly distrustful of their government, or is there a rational basis for the idea that the government may be withholding information about unidentified flying objects that it has been collecting since the end of World War II? 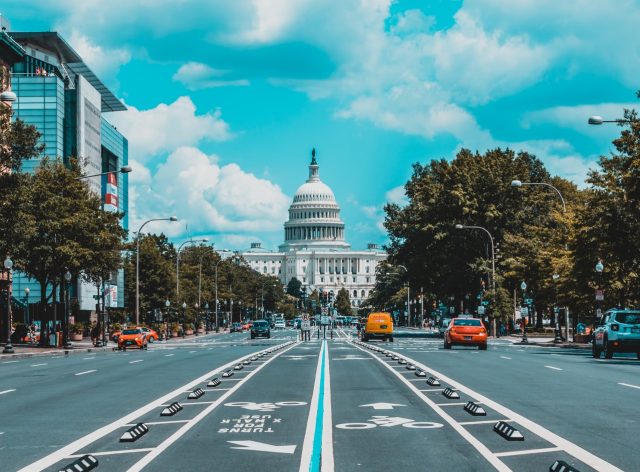 The Gallup poll in 2019 also noted that "it appears that only about half the number who think the government is hiding something about UFOs think it is covering up information about alien space landings, specifically." In other words, not everyone who thinks the government knows more than it is saying about UFOs necessarily draw the conclusion that they represent extraterrestrial visitors.

Gallup News concluded, based on this observation, that "far fewer people give credence to UFO sightings or have witnessed them, personally, than think the government knows more than it's telling." However, another interpretation of this might be that rather than not giving credence to UFO sightings, they may simply be on the fence about what they represent, and what the origins of such unidentified aircraft might be.

Many skeptics argue that, in addition to being little evidence for the existence of UFOs, there is an equal absence of convincing evidence that the government is hiding significant amounts of information it possesses about them. Of course, if one holds the view that there are no such things as UFOs, it is therefore easy to conclude that the government would therefore have nothing to hide.

However, there are a few problems with this line of reasoning. One issue here involves the often-asserted presupposition that if UFOs seem too incredible to be believed, then they must not exist at all. This sort of conclusion would seek to explain all UFOs as simple misidentification of more prosaic things; but what if some UFOs actually do represent real tangible aircraft, perhaps of earthly origin? 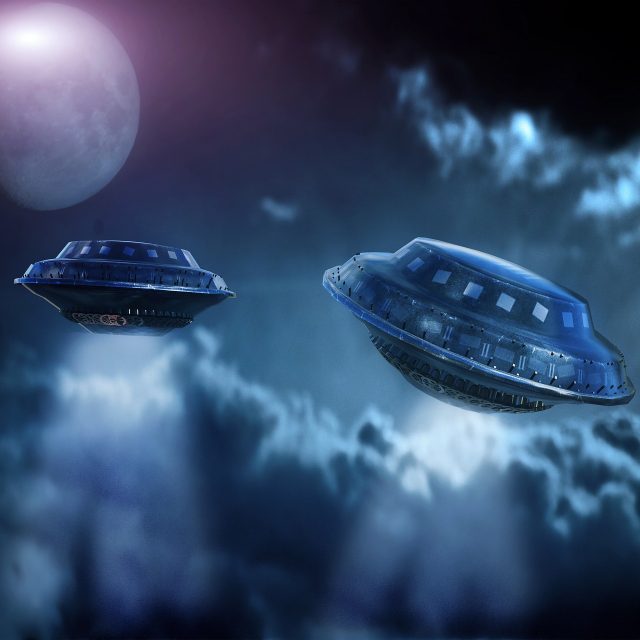 A more moderate view about UFOs might suggest that while they do appear to exist, there is little evidence that conclusively links them to any kind of extraterrestrial presence. If this were true, then one might suppose that a number of the exotic aircraft observed over the years could be ours, in which case the government's reasons for withholding information about them would seem justified.

In other words, if the government is withholding information about "UFOs", and a majority of Americans believe this to be true, but they also reserve some skepticism about the notion that evidence of aliens is being covered up, it doesn't necessarily mean that "fewer people give credence to UFO sightings," as Gallup concluded in 2019.

Regardless of what UFOs might represent or their origins may be, as far as actual government responses to requests for UFO information over the years, there have been a few examples that seem to indicate that it knows more than it says. In fact, government agencies have even fought to keep that information out of the public eye on at least a few occasions.

In the 1970s, the Citizens Against UFO Secrecy (CAUS), an activist group advocating the release of classified government information about UFOs, was formed after numerous attempts to use Freedom of Information Act requests to obtain such data. The group's efforts resulted in lawsuits filed by lawyer Peter Gersten against agencies that included the CIA and, eventually, even the NSA.

In CAUS's lawsuit against the NSA, Federal Judge Gerhart A. Gesell was provided with a top-secret affidavit outlining the NSA's reasons for withholding information requested about UFOs, which resulted in Gesell's conclusion that "the public interest in disclosure is far outweighed by the sensitive nature of the materials and the obvious effect on national security their release may well entail." In other words, public curiosity about UFOs had not been considered enough at that time to warrant the release of NSA data which would have an "obvious effect on national security." Whatever the NSA's UFO information might have entailed, it remained secret.

Years later, versions of the top-secret affidavit did end up being released, with as little as a quarter of the document remaining redacted, although this still managed to obscure enough information that any details about UFOs could not be retrieved. The more fundamental point, of course, is that in response to requests--and even a lawsuit--seeking information from the NSA about what UFO intelligence it possesses, a federal judge concluded that the information was too sensitive to be released at that time.

One has to wonder if this will have changed any in the last few decades, as the public now awaits a report from the Navy's UAP Task Force that is scheduled to be provided to the Senate Intelligence Committee this June. Whether it arrives on time, and what information it may provide, remain to be seen. If past efforts to obtain such information from intelligence agencies is any indication though, maybe we shouldn't be holding our breath.

Regardless, those Americans who believe the U.S. government is withholding information about UFOs are not only justified in their belief; they are, in fact, correct. Situations like the CAUS lawsuits in decades past, as well as the current efforts by the UAP Task Force (not to mention recent statements by lawmakers and former members of the intelligence community) clearly shows that the U.S. government has data on UFOs which, at present, has yet to be fully disclosed to the public. This is a point that remains true, no matter what one chooses to conclude about the nature and possible origins of these mysterious aerial objects.