He doesn’t run the Pentagon’s secret Advanced Aerospace Threat Identification Program (AATIP) UFO investigation program anymore, but former head Luis Elizondo still commands attention when he talks about anything having to do with unidentified aerial phenomena and the U.S. government’s involvement with them – whether it’s Navy pilots and crew members seeing them, the government refusing to talk about them and anything in between. That’s why he’s in the news this week – Elizondo is weighing in on the promised (by the Trump administration) release of evidence and reports about UAPs by US intelligence agencies in June.

“This isn’t a silly conversation. This is a conversation about someone, somewhere displaying beyond-next-generation technology in our controlled airspace, and there’s not a whole lot we can do about it. And what I would do is submit to you that if we just take the word UFO out of it, just say Russia or China has the ability to fly in our airspace unimpeded. And without detection, within minutes of taking off. That’s a real problem.”

In a news conference this week, Elizondo answered reports’ questions about the national security implications of foreign – earthly or extraterrestrial – aircraft in U.S. airspace that not only show up undetected but outperform our own by an order of magnitude or more in speed and maneuverability.

“And therein lies part of the challenge. I’ve been privy to witness to many extraordinary things. Unfortunately, ones that are classified I I’m not going to elaborate or share. But I’ve said for the record before, we’ve had video, you know, some of these videos are 20, 25 minutes long. In other cases, these things are 50 feet away from the cockpit, very compelling.”

In segments published by Mystery Wire, Elizondo assures the reporters that investigators don’t jump to conclusions based on single videos or reports, and he’s seen many of them but can’t comment because they’re classified. Will he be able to after the June release? He didn’t say, but he did reveal one particular series of UAP incidents that concern him greatly.

“There seems to be a very distinct congruency between UAP, associated UAP activity and and our nuclear technology, whether it be propulsion or weapon systems or whatnot. And that’s concerning to the point where we’ve actually had some of our nuclear capabilities disabled by these things. So, you know, again, let’s put this into context of foreign adversarial technology if Russia or China had the ability to disable our nuclear strike capability or defense capability. That’s pretty significant.”

That’s interesting because many people in the UFO research field who believe they are extraterrestrial also think the alien civilization controlling them is a benevolent one trying to stop humans from destroying themselves with nuclear weapons – hence the sudden and unexplained facility shutdowns. Elizondo sees the cause as earthly bad actors, but he has no proof … at least none he’s willing to share.

“I don’t know the answer. frankly, I don’t think anybody does. And anybody who tells you they do, I would approach them very cautiously. The bottom line is we don’t know. And we need to ask all the questions.”

Excellent advice. In fact, Elizondo will be right there with the reporters asking questions, because he believes this will not be a final report but an interim, with more to come.

“So, you know, I don’t think it’s going to be anything more than a ‘Hey, yep, there’s something here. We don’t know what it is. It could be some sort of new super advanced drone technology, but it could be something else. And here’s our here’s our plan for trying to figure it out.’ That would be that would be my hope and suggestion. And I think that’s, that’s probably more or less what, what we can expect.” 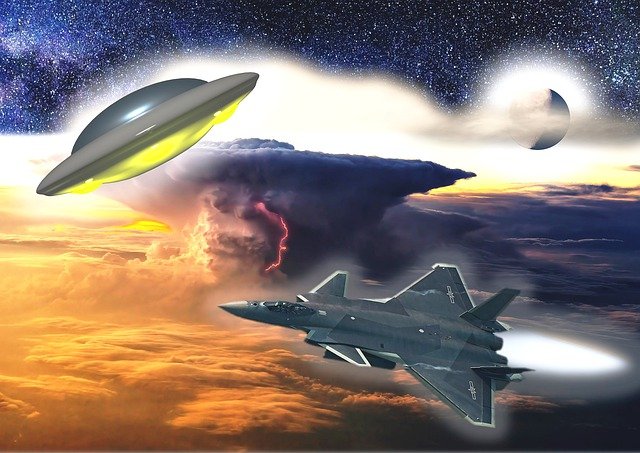 That’s coming from someone who was once on the inside collecting this data. Is he bracing alien believers for no evidence in their favor … while at the same time hinting that, four years after he left AATIP where he saw UFOs pulling as many as 700 G-forces, flying at altitudes from 50 feet to 80,000 feet to underwater without a compromise in performance, having “no wings, no cockpits, no control surfaces, no rivets in the skin, no obvious signs of propulsion”, the government still has no idea what he saw or where they came from?

Is Luis Elizondo a brave whistleblower or an attention-seeker? We’ll know more in June.