That comment on the Sumter County Sheriff’s Office Facebook page is referring to a security camera image of a strange person – or possibly a strange creature – who is vaguely reminiscent of characters in the classic Twilight Zone episode “Eye of the Beholder.” That’s the one where a woman’s face is completely bandaged after yet another attempt by cosmetic surgeons to make her “look normal” – only to find when they were removed that she still looks nothing like the ‘normal people’ … she looks attractively human while they have sunken eyes, pig noses and more. The ‘person’ in the photo from the sheriff’s office has his or her face nearly completely covered with some sort of mask, and that makes them look like a weird combination of both characters in the Twilight Zone episode. The Sumter County Sheriff’s Office is looking for this ‘person’ not just because they were trespassing and possibly terrorizing a South Carolina family – they fear that, as many other comments suggest, it could turn into another “Slenderman” crisis.

“Sumter County investigators are seeking to identity the individual in this picture who was involved in suspicious activity in Meadowcroft Subdivision on the night of Wednesday, March 24. The subject was captured on a home security camera in the area of Caitlynn Drive. If you recognize this unique mask, contact us at (803) 436-2000.”

It has been two weeks and the sheriff’s office has not solved the case – at least they haven’t announced resolution on the Facebook page where panicked commenters continue to post. No crime was committed and it doesn’t appear that any other “suspicious activity” has occurred at this house or any other in the neighborhood. There also doesn’t appear to be any reason to compare this situation to Slenderman or Slender Man – other than the genuine concern that an unfounded panic could easily occur, just like in many cases since 2009 when Slenderman was created on an Internet forum in the form of edited black-and-white images of children and a tall, slender man said to have been inspired by Zack Parsons, Stephen King, H. P. Lovecraft and other writers. It stayed in fiction until the stabbing murder in 2014 of a 12-year-old by two classmates who claimed they were inspired by Slenderman. Fictional, urban legend gone wild … again. 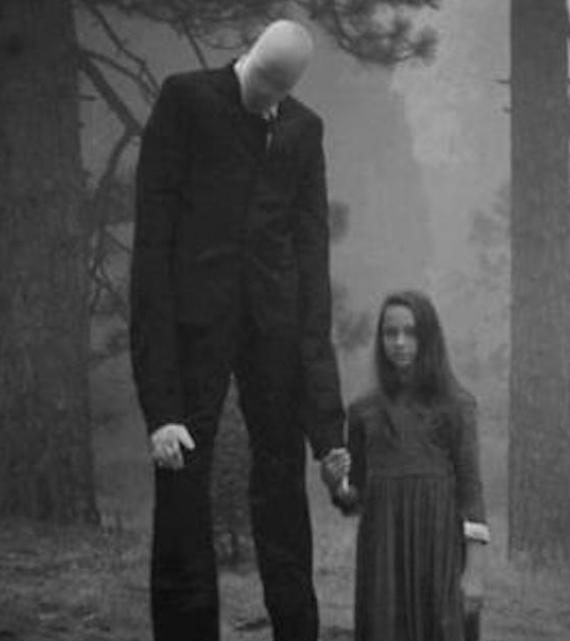 “People are going crazy. They must have a death wish. They going to go in the wrong yard. That’s scary and when people are scared they will defend (themselves).”

The differences in Sumter County are obvious – there’s a real photograph and many commenters say they’re ready to shoot first and ask questions later of anyone caught trespassing on their property. This is another side of urban legends gone wild and it’s a real concern … almost as big as the concern over a weirdo roaming the neighborhood.

What would Rod Serling say?

“Now the questions that come to mind: "Where is this place and when is it?"”

“You want an answer? The answer is it doesn't make any difference, because the old saying happens to be true.”

In “Eye of the Beholder,” the old saying was that one about beauty. What saying fits in Sumter County? Things are not always what they appear to be? Shoot first, ask questions later?

“Lesson to be learned in the Twilight Zone.”

Unfortunately, we no longer have Rod Serling to explain the lesson. Let’s hope this one gets resolved before we all enter The Twilight Zone.

Curses and a Vampire at Scotland’s Annan Castle