Located in the Cascade Range of the Pacific Northwest in the state of Washington is the majestic Mount Rainier. A large active stratovolcano, Mount Rainier is the highest mountain in Washington with an elevation of 14,411 ft (4,392 m), and surrounding it is a vast swath of wilderness covering 236,381 acres that has been designated as the Mount Rainier National Park. Rich with wildlife, waterfalls, subalpine meadows, glaciers, and old growth forest, the area is very popular for all manner of outdoor activities including hiking, camping, and mountaineering, attracting droves of people every year. However, Mount Rainier seems to be in a sense hungry, in that it is a hotspot for odd unsolved disappearances, and there have been many strange cases of people who have come here to never leave.

On November 11, 1997, 27-year-old Chet Hanson went out on an excursion along the Deer Creek Falls Trailhead at Mt. Rainier National Park. An avid photographer, he took with him 35 pounds of camera equipment, planning on catching some great photographs of the natural splendor of the area. He didn’t plan to be gone long, and when he left that morning, he informed his mother that he would be back home in time for dinner. The weather at the time was clear and warm, the trail he was taking well-travelled and not particularly challenging, and so there would have been no reason to suspect anything would go wrong, but Chet would never return from his trip.

That night he did not come home, and when the next day he did not show up for his job at Alaska Airways he was reported as missing. Police were able to locate the missing man’s vehicle parked at the Deer Creek Falls Trailhead, and the car contained a set of negatives, including one from Highway 410 and another from the Tipsoo Lake area, as well as a set of house keys, a glasses case, and various papers, but there was no sign of Chet or his expensive camera equipment. An extensive search along the trail turned up no trace of him, and the only clue rangers got was a witness who claimed to have seen Chet at Shriner Peak at around noon on the day he had gone missing. It was thought that he had perhaps gone off trail, and so tracker dogs and personnel and volunteers were brought in to mount a more extensive search, but no trace of Chet or his equipment would ever be found, and the dogs could pick up no scent trail, as if he had just evaporated into thin air.

A few years later, in July of 1999, the national park erased another person. On July 8th of that year, 34-year-old editor with the New Press and a former editor and writer at The Village Voice, Joseph “Joe” Wood, drove out to Mount Rainier National Park to do some hiking and birdwatching. He arrived at the park at around 12:30 PM and that would be the last anyone has ever seen of him. When Wood failed to show up for an important journalists’ convention the next day, colleagues became worried and he was reported as missing. Authorities found Wood’s rental car parked at a Mt. Rainier National Park parking area, but there was no sign of what had happened to him and a search turned up nothing.

Rangers were able to get a lead when the talked to another hiker named Bruce Gaumond, who claimed to have met Wood on the day he disappeared. According to Gaumond, he had met Wood on the Rampart Ridge trail at an altitude of about 4800 feet, and Wood had asked him about how much further the snowy trail extended. The two had walked along together, but Gaumond had turned back when they reached a snow bridge. According to him, Wood had been undeterred by the snowy terrain and had continued on, and that is the last official sighting of the missing man. At the time the trails were largely obscured by snow, and it would have been fairly treacherous terrain, so it was assumed that he may have been injured or lost out in the wilderness. Search teams using helicopters and tracker dogs fanned out to scour the entire area, but there would be nothing found, and when another search was carried out after the snow had melted there was still no trace of what had happened to Joseph Wood, another person swallowed up by Mt. Rainier. 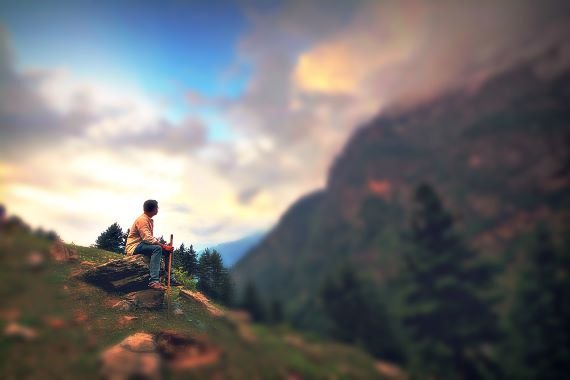 More recently is the case of 57-year-old Eric Lewis, who on July 1st, 2010 was mountain climbing at the Mt. Rainier National Park. At the time, he was climbing with two companions, a Don Storm, Jr. and Trevor Lane, at a place called the Gibralter Ledges, on a route headed towards the mountain summit. The lead climber had been Storm, followed by Lane and then Lewis in the rear, and considering the low visibility and high winds at the time they had been tethered together in order to keep from losing each other. At one point at an altitude of 13,900 feet they decided to take a break and group together, but Lewis did not appear, and when the climbing rope was pulled up, he was not attached to it. Instead, they found on the other end a butterfly knot, and it looked as if Lewis had simply unclipped or cut himself from the rope. Why would he do this? No one knew.

Considering that they had seen Lewis through the mist only minutes before and he had not been far away, they thought they would quickly find him, but there was no sign of him anywhere either downhill or at the summit. He had simply vanished. Storm and Lane would then make their way back to the base camp and contact rangers, who immediately carried out a massive search of the area, and they were only able to find Eric's backpack, climbing harness, and snow shovel in a snow cave at an altitude of 13,600 feet, slightly below the place where he had gone missing. Rather oddly, despite the snowy ground, the only footprints found of Lewis were the ones he had made while following his climbing companions, with absolutely no sign that he had broken off to go wandering away. The case is eerie in that there is no reason for him to have wanted to cut himself or otherwise remove himself from the rope, no footprints to follow, and he had completely vanished within minutes. What happened to Eric Lewis? No one knows and he has never been found.

More recently still is a case from October 9 of 2020, when an anthropologist and assistant professor at the University of Washington’s anthropology department, Sam Dubal, 33, went out on an overnight solo hike along Mt. Rainier National Park’s the Mother Mountain Loop trail, near Lake Mowich. He was a seasoned outdoorsman who had been hiking and camping all over the world, and on this excursion, he was well stocked with camping equipment and provisions. Dubal was expected to return the next day, but he never did, and a comprehensive search carried out by the National Park Service and US Air Force could not find him, nor did efforts to contact the cell phone he had been carrying turn up anything. Other hikers who had seen him along the route reported that he had seemed normal and did not appear to be having any difficulties at the time. The only thing that would be found of the missing anthropologist was a single water bottle eerily lying on the trail, and that is it. He remains missing without a trace. 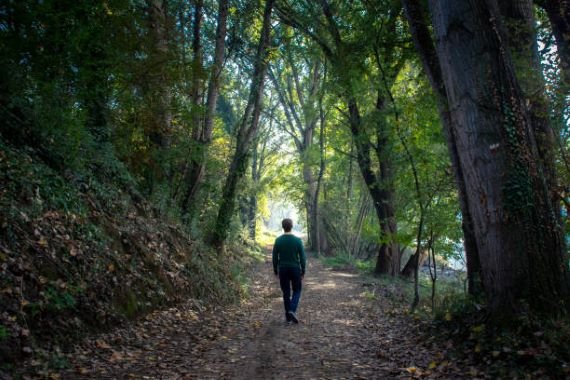 On occasion, the bodies of missing people at Mt. Rainier National Park have been found, but this has done little to fully dispel the mysteries surrounding their vanishings. On June 18, 2014, 70-year-old Karen Sykes went out hiking with her partner in the Owyhigh Lakes area of Mount Rainier National Park. Despite her age, Sykes was a very experienced hiker and mountain climber, in fact she had written books and articles on the matter and had her own hiking blog, so she was seen as a bit of an expert and knew the trails on Mt. Rainier extremely well. On this day her and her boyfriend Greg Johnston were hiking the Owyhigh Lakes Trail for the very purpose of Sykes writing an article on the trail. When they reached an altitude of 5,000 feet, Sykes told Johnson that she would scout ahead briefly and be right back, but she never did come back, which was odd since the weather was fine and they had been along the same stretch of well-marked trail countless times before.

Johnson searched along the trail to find no sign of where she had gone, so rangers were soon notified and a search launched utilizing six ground crews, two dog teams, and aircraft, but she could no be located anywhere. It was seen as very bizarre that such a tough, seasoned hiker could have managed to get so lost on a delineated, easy trail in fair weather within minutes. The search would go on for several days, until 3 days after her disappearance the body of Karen Sykes was found in mysterious circumstances. She was discovered up steep, rugged terrain well off the trail she had been on in an area that was difficult to get to, so no one could figure out how or why she had managed to get so off the trail to end up there. Further making it mysterious was that she had no physical injuries and a clear cause of death could not be determined, with the coroner concluding that she had died of a mixture of hypothermia and a heart condition. It is rather strange, because she had been dressed well for the weather and was described by friends and family as being very physically fit for her age. It has not been determined why she would have gone off the trail when she had claimed she would be back in a minute, how she could have vanished within moments, or shy she made it up to that steep ridge to die, and it is a case that seems unlikely to be solved any time soon.

What is it about this place that draws so many mysterious disappearances to it? Is this just a result of the terrain and wilderness, or is there something else going on here? Did these people just get lost or succumb to the elements, and if so how do we explain all of the strange details involved? There is no way to really know what is going on, and at the moment Mount Rainier and its expansive national park have many strange mysteries, indeed, and people still keep a habit of coming here never to return.