On June 2, 2018, residents in Botswana were shocked to see a huge fireball explode in the sky. In fact, the white glow of the asteroid exploding in the air was so bright that it was about 20,000 times brighter than the full moon. Researchers went to the Kalahari Desert to look for pieces of the asteroid and they found 23 fragments.

Interestingly, the asteroid – which has been named 2018 LA – was spotted by the University of Arizona’s Catalina Sky Survey team approximately eight hours before it reached our planet but since it was only six feet across, they didn’t think it was dangerous so they didn’t alert anybody.

And now, almost three years later, scientists have revealed more information regarding the 2018 LA asteroid – more specifically, its 22-million-year journey to Earth. First of all, the asteroid, which weighed approximately 5.7 tons, exploded 27 kilometers above the ground (17 miles) while traveling at a speed of about 60,000 km/h (just over 37,000 mph). 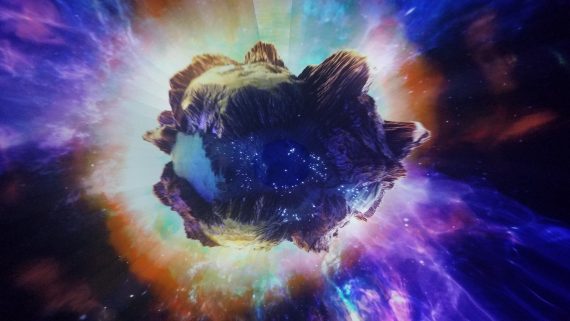 Scientists were able to precisely map out the journey the asteroid took through space – this is the first time it’s ever been done. “I could hardly believe my eyes when I came upon an object that appeared to be moving across images taken by SkyMapper,” said astronomer Christopher Onken. SkyMapper is a 1.35-meter wide-field survey telescope at the Siding Spring Observatory in New South Wales.

They were able to pinpoint its origins to the second biggest asteroid in our Solar System named 4 Vesta. This asteroid, which has a diameter of approximately 525 kilometers (326 miles), is occasionally “...bright enough to be sometimes visible to the unaided eye,” Dr. Onken noted.

It is believed that around 22 million years ago, 2018 LA broke off of 4 Vesta because of a massive impact with another asteroid that made Vesta’s Veneneia basin. Astronomer Hadrien Devillepoix went into further details, “Analysis of the meteorites from 2018LA indicate it was deeply buried under the surface of Vesta prior to being ejected all those years ago.” After it broke off from the larger body, it began its 22-million-year journey towards Earth, ending up in the Kalahari Desert.

After the fragments of 2018 LA were found, they were analyzed and experts found zircon grains that date back over 4.5 billion years. This means that the asteroid dates back to when our Solar System was first forming. Pictures of the 2018 LA fragments can be seen here.

Their research was published in Meteoritics & Planetary Science.