“Sharknado” may have been a popular – albeit it incredibly bad – movie, but the fictional cyclonic event it depicted was not caused by sharks. On the other hand, two recent real animal tornados were animal-induced – a wormnado in New Jersey and a reindeernado in Russia. The real question is – are they movie worthy?

“Has anyone ever seen anything like this? This is a tornado of worms that were out this morning near Maxwell park in Hoboken. Clearly worms come out after it rains but this is something I’ve never seen!” 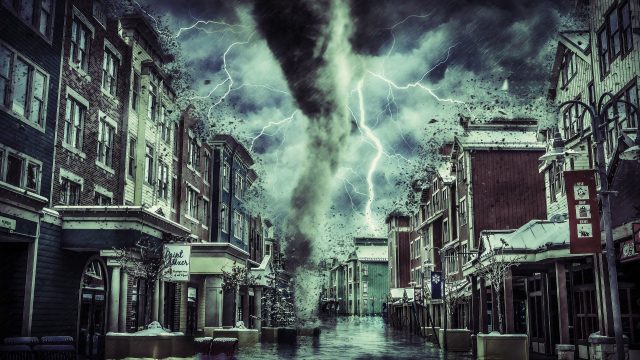 A Facebook post of a strange swirling mass of earthworms on a sidewalk in Hoboken caught the attention of baffled posters who attributed it to plagues, wormholes, Armageddon, the second full moon of March, aliens and more. (See photos here.) It then caught the attention of scientists around the world, who were surprisingly also baffled. Kyungsoo Yoo, a professor in the Department of Soil, Water, and Climate at the University of Minnesota, told Live Science he’d never seen anything like it before. Saad Bhamla, an assistant professor at Georgia Tech, said worms follow the flow of water and these could have been caught up in a swirling spiral caused by water running down a gradient slope. But …

"However, as it's unknown what type of worms made the spiral, any conclusions about their behavior would be speculation.”

Rhonda Sherman, the director of the Compost Learning Lab at North Carolina State University,  thought it could be a sign of an upcoming environmental disaster, but …

Hoboken citizens looking for answers from the government should have known better, as the person who tweeted the photo was local councilwoman Tiffanie Fisher.  As of this writing, the worms are gone but the mystery remains. 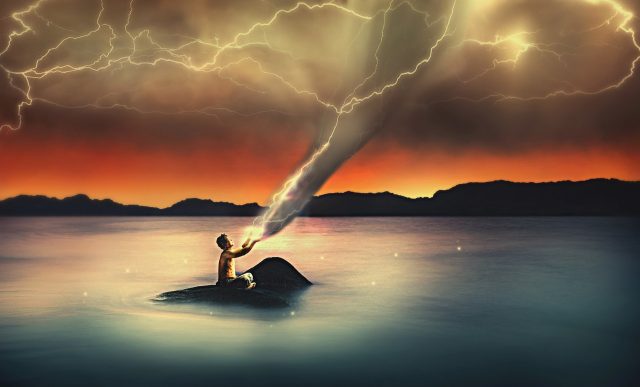 While it may be a mystery to the rest of the world, reindeernados or reindeer cyclones are well known behavior to Siberia’s remote herders, who see herds of up to 500,000 animals exhibiting this strange defensive behavior. Now the rest of the world can observe it up close and personal thanks to drone pilot and photographer Lev Fedoseyev, whose incredible videos and photos taken by of a swirling herd were shared in a tweet by Science Girl. (See them here and here.) This particular reindeernado was human-induced --  Daily Mail says a regional veterinarian service had come to perform anthrax vaccinations and the reindeer weren’t too happy about facing the needle. (Welcome to the club!) Even if it has an explanation, it’s still an incredible sight.

That leaves the wormnado as the remaining mystery and potential movie plot. Let’s hope it’s just a warning of a bad film ahead and not a sign that 2021 is going to be even more weird that 2020.