A prehistoric shark that roamed the waters about 300 million years ago was found in New Mexico’s Manzano Mountains back in May of 2013. John-Paul Hodnett, who was a graduate student at the time (now he’s a paleontologist and program coordinator of the Maryland-National Capital Parks and Planning Commission’s Dinosaur Park), made the discovery while he was looking through shaly limestone.

At first, he thought that he had found the remains of a tetrapod, but after showing the fossil to the New Mexico Museum of Natural History & Science (NMMNHS), they informed him that what he found was actually a large shark. Upon further research, it was revealed that it was the most complete ctenacanth shark fossil that has ever been discovered in all of North America. In fact, it was an entirely new type of ctenacanth shark. 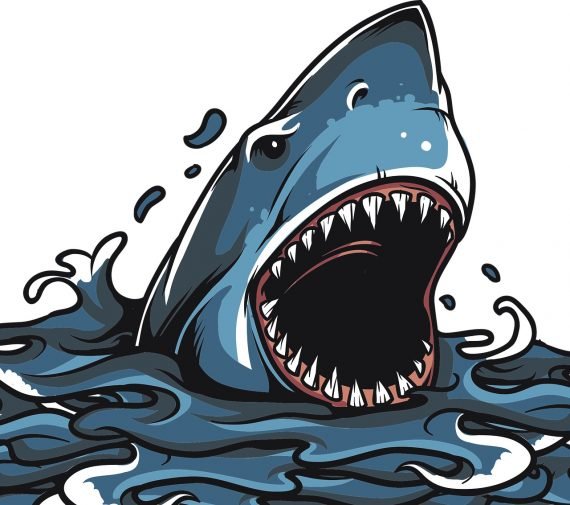 Nicknamed the “Godzilla Shark”, scientists have been analyzing its skeletal remains since the discovery and they have shared more information regarding the species. First of all, they have given it the scientific name of Dracopristis hoffmanorum. According to the NMMNHS, the 6.7-foot-long shark had 12 rows of teeth as well as two large fin spines on its back that measured 2.5 feet in length. Additionally, it is the largest fish that has ever been discovered at that site.

It is believed that the purpose of its large dorsal fin spines were to discourage larger sharks from attacking it. Hodnett explained this further, “In the same rocks that yielded the fossil of Dracopristis, we have found teeth of a larger shark called Glikmanius, which is known almost worldwide at this time, and it would have been a large and dangerous predator.”

This also gives experts new information regarding where ctenacanth sharks fall into the family tree and history of sharks. Studies revealed that approximately 390 million years ago, the Dracopristis hoffmanorum and other types of ctenacanth sharks branched off from the evolutionary chain from today’s rays and sharks. And those species of ancient sharks became extinct around 252 million years ago during the end of the Paleozoic Era.

A representation of what the “Godzilla Shark” would have looked like can be seen here.