The tributes and accolades continue to pour in for the late Prince Philip, but no one outside of the queen and his children will miss the Duke of Edinburgh more than the people on the Vanuatuan island of Tanna who have for decades worshiped him as a god. It was just weeks ago that villagers found out the prince was very ill and they announced that the Prince Philip Movement would transfer its fervent fealty his son, Prince Charles. However, now the news hit the island that Philip has died, the devout members of the Prince Philip Movement have changed their minds and are waiting his return, just as their ancient beliefs forecast.

“I saw him standing on the deck in his white uniform and I knew then that he was the true Messiah. To see him in the flesh like that, even though I know that deep inside he is more than flesh and bones.” 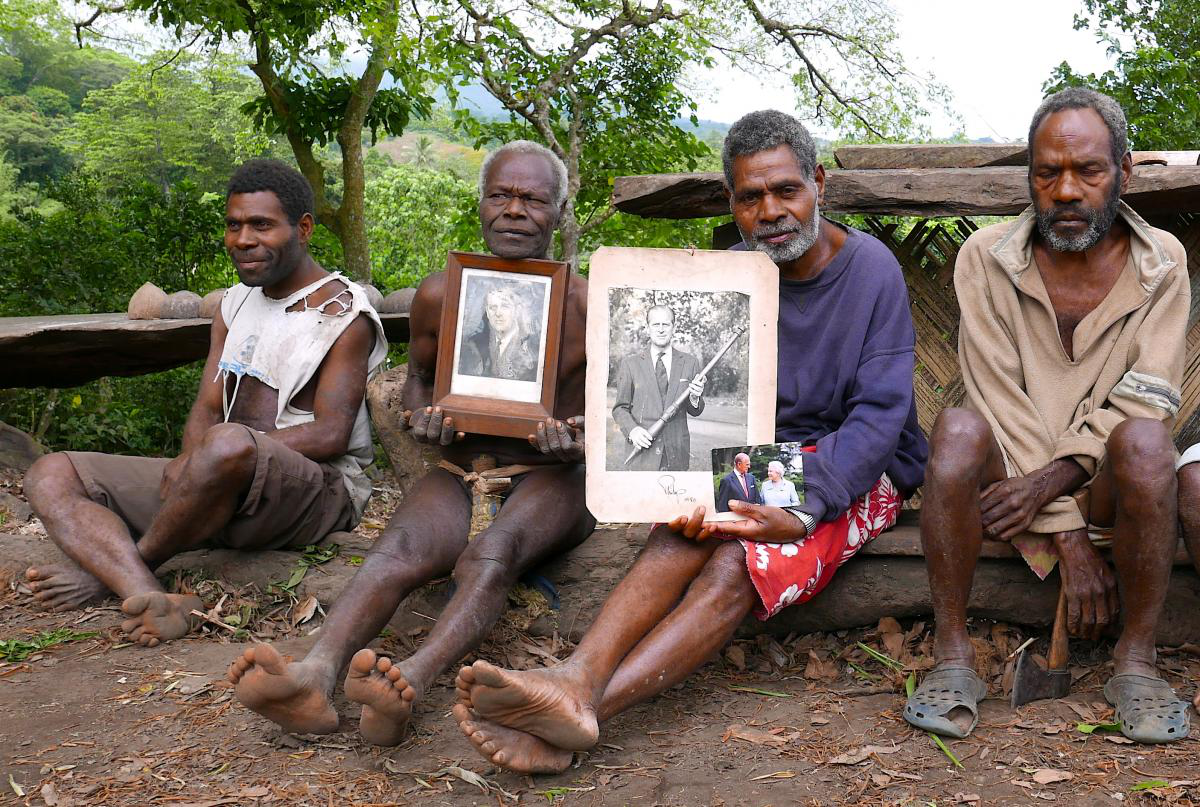 Chief Jack of the Yaohnanen told how his people believed a white man born of the local volcano came down and travelled overseas to marry a powerful woman, promising he would return. When Philip stopped over on the islands in 1974 and the villagers heard the story of how he met and married the queen, word spread that Philip was the white man with a powerful bride they were waiting for. Philip was later told of their belief and he sent photos to them – in return, they sent a ceremonial club, placed the photos is a place of honor and held annual festivals on his birthday, telling tales of his alleged magical powers and planning for his triumphant return.

"The connection between the people on the island of Tanna and the English people is very strong... We are sending condolence messages to the Royal Family and the people of England."

Current tribal leader Chief Yapa told Reuters the village sent its condolences to the queen and will conduct rites for the duke, starting with the announcement of his passing to hundreds of villagers gathered under banyan trees. Over the next few weeks, there will be ritualistic dances, processions, displays of the memorabilia Prince Philip sent and the ceremonial drinking of kava – a males-only ritual. The final ceremonial event will have sacrifices of pigs, yam eating and more kava drinking.

“There has always been the idea that Prince Philip would return some day, either in person or in spiritual form.”

Anthropologist Kirk Huffman, who has studied the tribes since the 1970s, told the BBC that poor Charles may not get to follow his father as god on Tanna. The tribes seem to have changed their minds and now want to wait for Philip to return just as their legends said – either physically or in spirit. They’ve waited this long … the wait can easily outlast Charles, who doesn’t have the benefit of being married to a powerful woman or any legends about a spirit riding down the volcano on a polo pony.

Always the royal with the sense of humor, Prince Philip may get the last laugh as a god too.