Ronald Reagan was famous for saying: “The nine most terrifying words in the English language are: I'm from the Government, and I'm here to help. " For people in Siberia, it’s more like “I’m from the government and I’d like to show you some photographs of our Yetis.” OK, that may not be an exact saying (you know how Google translate is) but it’s what happened recently in Siberia when a long-serving governor of Kemerovo Oblast admitted he had faked Yeti sightings in order to attract tourists to the area. Which is more shocking – a Russian government official lying or the possibility that the Yeti may not exist?

“Why don’t we turn Tashtagol and surrounding areas into ‘Yeti’s Homeland’? Let the people come and search for it.” 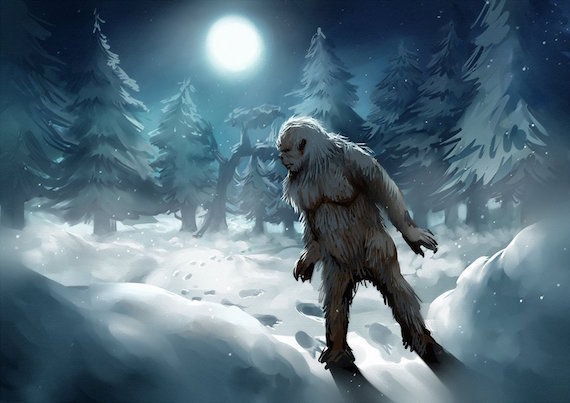 That’s how the big lie started for former governor Aman Tuleyev. In 2010, he tested that idea with a colleague and that led to creating a new holiday in the town of Tashtagol near the Gornaya Shoriya Mountains called Yeti Day. As revealed in RT.com, it was coincidentally the opening day of ski season and was hyped with a reward of one million rubles (around $13,000) for anyone who captured a Yeti.

“People started coming, rushed to scour the forests. Of course, no one found the Yeti, but Shoria attracted increased attention.”

The New York Post says that enthusiasm didn’t last long, so Tuleyev upped the ante by ordering a subordinate to “find someone tall, throw off his office suit, turn a fur coat inside out and run around … shouting so that tourists notice but they must not catch him.” Tuleyev gave the person in the suit a bonus and warned them not to get shot. (See a photo of the faker here.) He also spread rumors that strange footprints and hairs were found. That attracted an international Yeti convention to Tashtagol and this time interest in the Yeti remained high … but not high enough to protect Tuleyev from scandal.

“I believe it's the right, sensible, the only correct decision, because it's impossible, morally impossible to hold a governor's post with such a heavy burden.”

Tuleyev resigned in 2018 after a devastating mall fire in which over 60 people, most of them children, were killed. After it was rumored to have been intentionally set and not an accident, protesters called for the resignations of regional authorities who they believed covered up the cause and the number of dead. Tuleyev claimed he had been contemplating resignation anyway. While nowhere near as serious or tragic, perhaps this is why he decided recently to come clean on the Yeti hoax.

“I must confess: I’m guilty. It was me, who had been stirring up interest towards the Yeti.”

Tuleyev took to Instagram to confess to his big lie. It doesn’t appear that tourism is down again, so locals are puzzled as to why Tuleyev chose this time for his big reveal. However, you can take the Russian politician out of office, but you can’t take the politicking out of a Russian politican. He opened the other side of his mouth and added:

“Nobody in the world has yet been able to find the snowman. But one shouldn’t lose faith. Maybe he’s really wandering somewhere out there. What if someone is finally be able to encounter the Yeti and make history.”

The Mysterious Tree-Worshipping Chimpanzees of Guinea