The most famous and well-known dinosaur is the Tyrannosaurus rex. For about two and a half million years, it roamed around the western part of North America. While we know quite a bit about this dinosaur based on several skeletons that have been found, it wasn’t entirely clear until recently as to how many of them walked the Earth.

According to new scientific research, an estimated 2.5 billion (that’s correct – billion!) of them roamed around the Earth. To put this into better perspective, an estimated 108 billion “modern” Homo sapiens have walked the Earth in the last 50,000 years.

A research team that was led by a paleontologist from the University of California named Charles Marshall was able to calculate that astonishing number by using an ecological equation called Damuth’s Law where they focused on the connection between the dinosaur’s body size and the density of their population. In other words, the larger the creature, the lower its population density is. 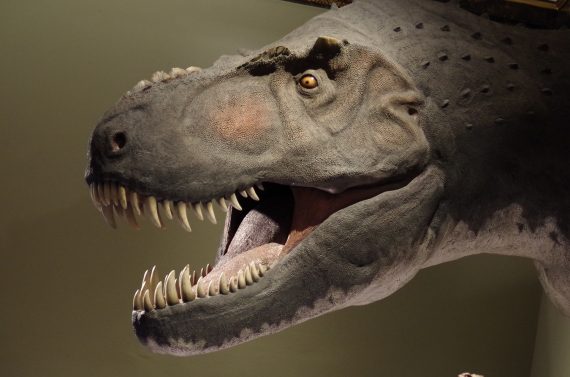 Since it is still highly debated whether dinosaurs were cold-blooded or warm-blooded, the team made their calculations by using a scenario where they were in the middle of being warm and cold-blooded. They also used an average weight of 5,200 kilograms (or 11,500 pounds) in their calculations.

After putting all the numbers together, they estimated that 20,000 Tyrannosaurus rex’s would have been living on Earth at any given time throughout their existence (between 67 and 65 million years ago during the Cretaceous Period). And based on their size and population density, they believe that approximately 3,800 of these dinosaurs would have lived in an area about the size of California. Another interesting fact was that the T. rex could live into its late 20s. 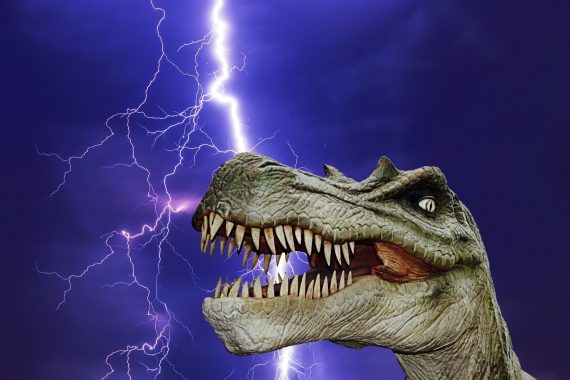 While these numbers are incredibly interesting and astonishing, they are just estimates based on the information that experts have in regards to the fossils found thus far belonging to the Tyrannosaurus rex. The researchers noted, “Nonetheless, our capacity for inferring population sizes of extinct taxa greatly exceeds what [was] thought possible more than 75 years ago,” adding, “This capacity has been enabled by the discovery of many more fossils and the ability to establish growth and survivorship curves from age and body mass estimates.”

Additionally, their estimates were based on the suggestion that just one in 80 million T. rex fossils has been found so far. This means that any discovery of a Tyrannosaurus rex fossil is incredibly important and significant. Their study was published in Science where it can be read in full.