Slimy, Sinister and Monstrous: A Mysterious Beast That Left a Trail Behind It

Some creatures in the world of Crptozoology are noted for their long necks. We're talking about lake monsters and sea serpents. For Bigfoot and the Yeti, it's their towering heights. For the Mothman of Point Pleasant, West Virginia, it's the red eyes of the monster. There's something else, too; it's something that is rarely touched upon. It is, however, well worth addressing. It's the matter of those monsters that leave creepy, eerie slime behind them as they crawl throughout woods, forests and elsewhere. The stories certainly aren't huge in number. But, the cases on record are well worth looking into, as they suggest we might be talking about something that had a common ancestry, but that has been overlooked. With that all said, let's begin. Early one September morning in 1962, an elderly woman who lived in the village of Avebury, England had a shocking encounter with such a monster. She could only describe as a monstrous, writhing worm. The creature, she said, was about five feet long, perhaps eight or nine inches thick, and its skin was milk-white. As she slowly rose to her feet, the creature’s head turned suddenly in her direction and two bulging eyes opened. When it began to move unsteadily towards her in a caterpillar-like fashion, she emitted a hysterical scream and fled the scene. Rushing back home, she slammed the door shut and frantically called a nearby airbase, after having been directed to them by the less-than-impressed local police. On the ground near the standing stone, was a three-foot long trail of a slime-like substance, not unlike that left by a snail. The creature was not found by the military or the police. 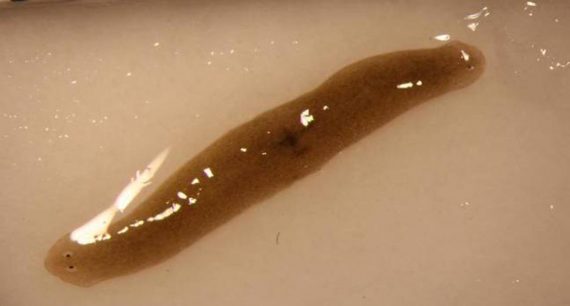 If this was just one such case, we could perhaps forget about it and move on. The case was not alone, however. Printed in 1614 by John Trundle of London is a pamphlet with the extraordinarily long title of True and Wonderful, A DISCOURSE Relating A STRANGE AND MONSTROUS SERPENT OR DRAGON Lately Discoyered and yet living to the great Annoyance and divers Slaughters both Men and Cattell, by his strong and violent Poyson. In Sussex, two Miles from Horsam, in a Woode called St. Leonards Forrest, and thirtie Miles from London, this present Month of August, 1614.  It tells the strange, 17th century story of a terrible monster that instilled fear in the people of the English town of Horsham and reads as follows, in quaint, old English style: "In Sussex, there is a pretty market-town called Horsham, near unto it a forest, called St. Leonards forest, and there, in a vast and unfrequented place, heathy, vaulty, full of unwholesome shades, and overgrown hollows, where this serpent is thought to be bred ; but, wheresoever bred, certain and too true it is that there it yet lives.

"Within three or four miles compass are its usual haunts, oftentimes at a place called Faygate, and it hath been seen within half a mile of Horsham, a wonder, no doubt, most terrible and noisome to the inhabitants thereabouts. There is always in his track or path left a glutinous and slimy matter (as by a small similitude we may perceive in a snail’s) which is very corrupt and offensive to the scent [italics mine], insomuch that they perceive the air to be putrified withal, which must needs be very dangerous. For though the corruption of it cannot strike the outward part of a man, unless heated into his blood, yet by receiving it in at any of our breathing organs (the mouth or nose) it is by authority of all authors, writing in that kind, mortal and deadly, as one thus saith : Noxia serpentum est admixto sanguine pestis. The serpent, or dragon, as some call it, is reputed to be nine feet, or rather more, in length, and shaped almost in the form of an axletree of a cart, a quantity of thickness in the midst, and somewhat smaller at both ends. The former part, which he shoots forth as a neck, is supposed to be an ell long, with a white ring, as it were, of scales about it." 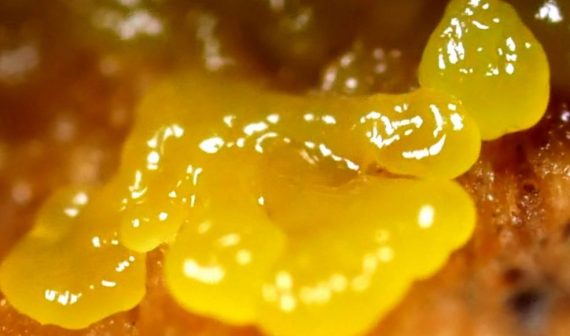 The idea that crocodiles might be living in Ireland stretches credulity not just to its limit, but way beyond it, too. Nevertheless, creatures that at least superficially resemble crocodiles have been seen and reported across the land and for centuries – and particularly in Ireland’s lakes and loughs. A particularly fascinating account of just such a monster was chronicled by Roderick O’Flaherty, in his 1684 book, A Description of West or H-Iar Connaught. The location was the waters of Lough Mask. O’Flaherty said: "There is one rarity more, which we may term the Irish crocodile, whereof one, as yet living, about ten years ago (1674) had said experience. The man was passing the shore just by the waterside, and spyed [sic] far off the head of a beast swimming, which he took to be an otter, and took no more notice of it; but the beast it seems lifted up its head; to discern whereabouts the man was; then diving swam under the water till he struck ground; whereupon he run out of the water suddenly and took the man by the elbow whereby the man stooped down, and the beast fastened his teeth in its pate, and dragged him into the water." What had begun for the man as a sighting of an unusual animal, was now nothing less than a fight for life and limb. O’Flaherty continued with his extraordinary account:

"Where the man took hold of a stone by chance in his way, and calling to mind he had a knife in his jacket, took it out and gave a thrust of it to the beast, which thereupon got away from him into the lake. The water about him was all bloody, whether from the beast’s blood, or his own, or from both he knows not. It was the pitch of an ordinary greyhound, of a black slimey skin [italics mine], without hair as he imagines." Although there may be some exaggerations in these stories, the fact that they all have that slimy aspect attached to them makes me think that, once, such a large beast really did exist - and, at least in Ireland and England.