Strange Creatures In Our Midst: Supernatural Rather Than Natural

Last week I wrote two articles here at Mysterious Universe on Bigfoot - and on other unidentified apes, too. As the articles showed, the creatures seem to be far more paranormal in nature, than  flesh-and-blood (as we know it, at least). I demonstrated that the creatures appear to have psychic powers, can turn themselves invisible, and sometimes have a UFO connection. You may be surprised to know that more than a few "cryptid" creatures appear to be supernatural in nature. I'll begin with the matter of the U.K.'s "Alien Big Cats." Most cryptozoologists view these large, puma-sized cats - very often black in color - as escapees from the likes of private enclosures. A closer look at the matter, though, suggests the ABCs of the U.K. are as weird as Bigfoot. James Culbert is a now-retired fireman who encountered just such a creature on a bright, summer morning in 1978, and who I met in Exeter, England in the summer of 2001. At the time, James was living in Exwick, which is a town in the English county of Devon, and which is noted for its long history of encounters with Phantom Black Dogs. To what extent that is relevant is a matter of debate, but it is intriguing.

According to James, on the day in question he was out walking with his spaniel dog, Sammy, on the Haldon Hills, which provide an expansive view of the area, including the nearby city of Exeter. As James and Sammy took a pleasant walk through the hills they found themselves confronted by a very strange animal. At first James assumed it was a black Labrador. It was not. In mere seconds, James realized that what was walking towards him and his faithful pet was a large black cat that resembled a mountain lion. Sammy whimpered and James’ heart thumped. When the animal reached a point around twenty feet from the terrified pair, something provoked even more terror: the huge cat rose up onto its back legs; they were legs which appeared to physically change as it transformed from a four-legged animal to a bipedal one. But, that was not the weirdest part of the story.  As James looked on, pretty much frozen to the spot with fear, the face of the cat began to change and took on a malevolent, human-like appearance. They fled the area. No surprise! 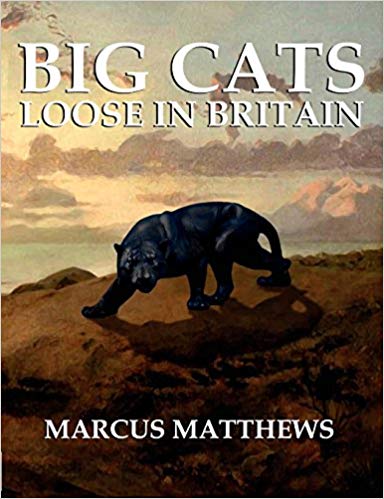 Now, let's turn our attention to Loch Ness, Scotland. It too is saturated with paranormal phenomena. The creatures of the loch appear to have the abilities to change their shapes from giant eels to what appear to be plesiosaurs, from huge salamanders to massive frogs, and from - in centuries gone - supernatural horses to beautiful (but deadly) women known as Kelpies. Aleister Crowley - the legendary occultist - had a home at Loch Ness: Boleskine House. It was filled with an atmosphere of supernatural menace. Secret cults have performed rites and rituals at the loch. Men in Black have been seen roaming around. UFOs have soared across the skies of Loch Ness. All of this in one location suggests a supernatural connection between the loch and the the varied "things" seen there. Now, onto the Dogman phenomenon - a bizarre creature that resembles nothing less than a real-life werewolf. In other words, the creatures are said to be huge wolves that have the ability to walk on both four-limbs and two. They are clearly not regular animals.

Dogman expert Linda Godfrey said to me from her home in Wisconsin: "Occasionally I’ll get letters from people who say they are lycanthropes themselves and their theory is that this is an immature, real werewolf and it cannot control its transformation, and that’s why it allows itself to be seen occasionally. They are completely convinced of that. And there are people who believe it’s a manifestation of satanic forces, that it’s a part of a demonic thing. They point to various occult activities around here. There are also people who try to link it to UFOs. Then there’s the theory it’s just a dog. One woman, a medium, thought that it was a natural animal but didn’t know what it was. And there are a lot of people out here that do wolf-hybridizations, and I’ve thought to myself you’d get something like that. But that doesn’t explain the upright posture. Then there’s the theory that it’s a creature known as the Windigo or Wendigo, which is featured in Indian legends and is supposedly a supernatural creature that lives on human flesh. But none of the descriptions from the Windigo legends describe a creature with canine features."

What all of this tells us is that just like Bigfoot, there are some very strange aspects to the world's so-called cryptids. Beware if you should encounter one or more. They may not be what they appear to be.