A newly discovered dinosaur that looked similar to a Tyrannosaurus rex terrorized Patagonia about 80 million years ago. The fossil was discovered in Argentina’s Bajo de la Carpa Formation and the dinosaur’s braincase was exceptionally well preserved as it was surprisingly uncrushed.

The discovery of the fossil came as a complete surprise by researchers who were already in the area conducting another dig at a site called La Invernada which is located close to the city of Rincón de los Sauces in Neuquén Province. The researchers were at the site digging up an ancient sauropod dinosaur and that’s when they noticed other bones sticking out of the ground that belonged to a completely different species.

This new species has been called Llukalkan aliocranianus -- Llukalkan means “the one who causes fear” in the indigenous Mapuche language, and aliocranianus is Latin for “unusual skull”. And it definitely would have caused fear as it had a strong bite, large claws, and exceptional hearing.

Llukalkan aliocranianus, which was part of a dinosaur family called abelisaurids, would have measured at least 5 meters in length (16.4 feet), and looked similar to a Tyrannosaurus rex with short arms. It did, however, have many differences from the T-rex, such as its unusually short, deep skull that often contained horns, bumps, and crests.

Its most notable feature was its tiny air-filled sinus that was located in the middle ear zone. This was very unusual as it has never before been seen in any other type of abelisaurid. This would suggest that the species probably had different and much better hearing than other abelisaurids. In fact, their hearing may have been similar to that of today’s crocodiles.

In an email to CNN, Federico Gianechini, who is a paleontologist at the National University of San Luis, Argentina, and the lead author of the study, explained this in further detail, “A peculiarity of this dinosaur is that it has cavities in the ear area that other abelisaurids did not have, which could have given this species different auditory capacities, possibly a greater hearing range. This, together with its keen sense of smell, would have given great capabilities as a predator to this species.” 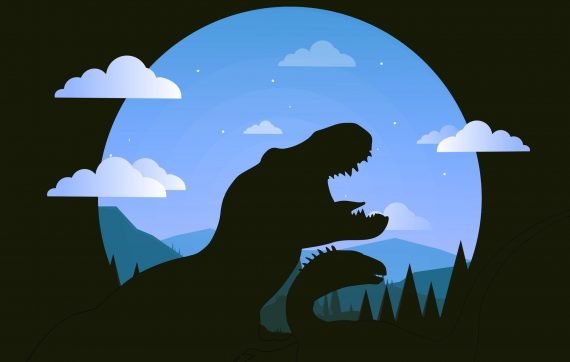 They ended up being wiped out by the infamous dinosaur-killing asteroid that struck Earth around 66 million years ago. This was unfortunate for the species as it seemed to have been thriving during that time. Ariel Mendez, who is a paleontologist from the Patagonian Institute of Geology and Palaeontology, Argentina, and a co-author of the study, reiterated this by stating, “These dinosaurs were still trying out new evolutionary pathways and rapidly diversifying right before they died out completely.”

The study was published in the Journal of Vertebrate Paleontology where it can be read in full.

A picture of the fossil and an image of what Llukalkan aliocranianus would have looked like 80 million years ago can be seen here.