On October 8, 1880, a group of five men headed out on their small boat from Bermagui, in New South Wales, Australia. Aboard the boat was an assistant geological surveyor for the New South Wales Mines Department by the name of Lamont Young, his assistant Maximillian Schneider, the boat’s owner Thomas Towers, and two of Towers’ friends, named William Lloyd and Daniel Casey. The purpose of their excursion was to head along the coast north of Bermagui to scout out new goldmines there, but this was an expedition from which none of these men would return, leaving a perplexing mystery that has never been solved.

Three days later, on October 10, the boat was spotted sitting stationary out on the water with only one person in it, but this is the last time anyone would officially see any of the crew. Later that same afternoon, at around 4:30 PM, a local farmer by the name of William Johnston was riding his horse along the shore of Mutton Fish Point, about 15 kilometers from Bermagui, when he noticed something odd out on the rocks. He could not quite make out what it was, but could see that there was something metallic glinting in the sunlight, and it was curious enough that he got off his horse and went out to investigate. As he drew closer, he could see that the object was actually a fishing boat with its sails lashed and apparently wrecked there. A quick survey of the vessel showed that no one was there, and so Johnston decided to ride off to find someone to tell about this strange discovery. 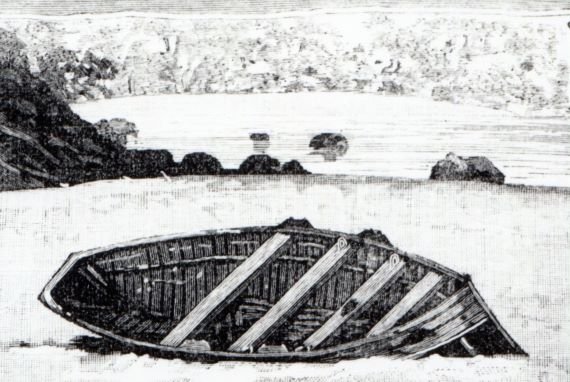 Johnston would ride to the home of another farmer named farmer Albert Read, with who he would return to the abandoned vessel along to have a look. They found aboard it five bags full of clothing, a pocket compass, several sacks of potatoes, a pipe, and papers with Lamont Young’s name on them, and so goldfields warden Henry Keightley was contacted, who arrived on the scene with Senior Constable John Berry. They soon found that it seemed as if someone had put holes in the hull of the ship from the inside, and that the stern had been filled with heavy rocks, seeming to indicate that the boat had been intentionally damaged, and the anchor and stern ropes were missing, but since everything on the boat was dry, the boat had obviously gotten through it and not been swamped. The stern was also oddly stuffed with pillows, blankets, and clothing for reasons unknown, and there was a good amount of vomit found there and on the side of the boat. A bullet was found on the boat, but it was thought that this had likely been used as a fishing weight, and there was also found a mysterious blue bottle of liquid, which turned out to be copaiba oil used as a balm. Nearby on the beach were found the remains of a campfire and meal, as well as some food and three shirt studs, but other than this and what was found on the boat there was nothing else to go on. What had happened to the five men who had been aboard? No one had a clue. There was no sign of a struggle, no blood found anywhere, and it was all rather baffling.

Several extensive searches were carried out and a generous reward was offered for any more information, but these turned up no further evidence of what had happened to the missing men. In the meantime, the story was becoming major news across the British Empire, and the bay where the boat was found was starting to be called Mystery Bay, a name it keeps to this day. Lots of theories were flying around at the time. One was that the men had abandoned their boat due to some threat, but if that was the case it seemed unlikely that the vessel could have drifted unmanned through the many rocks of the area to end up where it had been found. Another idea or that they had been victims of foul play, but there was no evidence to point to this. In the absence of any evidence, some wild claims and leads began coming in, which mostly led to nothing, and the media wasn’t helping with their sensationalist and often flat out made up coverage of the case. For instance, there was a news article that appeared in an August 1888 issue of the Bega Gazette, in which it was written:

Though the police authorities have kept the matter a secret, it has transpired that during the past two months the police have had under surveillance a person suspected of complicity in the Bermagui murder, but that he has escaped their clutches. It appears that some time ago a man who is said to have lived with a woman near the scene of the alleged murder, came to Sydney and married a barmaid employed in one of the leading hotels. Shortly after their marriage, he gave way to drink and on several occasions uttered remarks which led his wife to believe he was concerned in the murder of Lamont Young and his companions. The detective police got wind of the affair and kept the suspect person under surveillance for several days. All at once, however he disappeared. The barmaid has since returned to her situation in the hotel from which she was married and expresses herself as willing to aid the authorities in bringing the supposed murderer to the police. 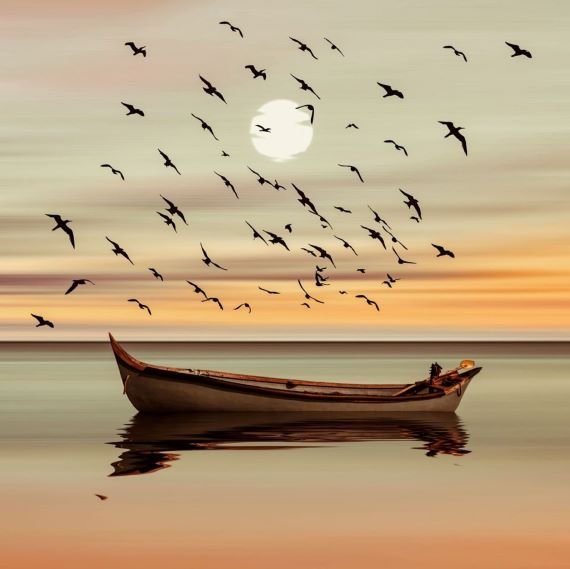 It would later turn out that there was no barmaid and no drunken husband who had confessed to the murder. It was all a bogus report. Another piece of fake news at the time was a report in the newspaper the Melbourne Argus that claimed that Young’s bloodstained coat had been found, but this turned out to also be false. Another weird lead was when a man named William Tait claimed that he had been visited by Young’s ghost, who had told him that he had been murdered and dumped in a deep hole near a black stump 50 metres above the high water mark, after which they had covered it all with boulders. The police, desperate for anything to go on whatsoever, shrugged their shoulders and checked it out anyway, but found no stump, no boulders, and no bodies. In fact, nothing has been found to this day, and what has come to be known as the “Bermagui Mystery” has become one of the most persistent unsolved mysteries in Australia, discussed, debated, and pursued by amateur sleuths to this day. What happened to those five men and what do all the clues mean? No one really knows, and it remains one of Australia's most mysterious vanishing cases.