The Bizarre Case of the Tanacu Exorcism

Belief in demons and demonic possession has been prevalent throughout cultures for a very long time. Although the exact causes and mechanisms for such incidents are as varied as the people who believe in them, one thing that has always entered the conversation on such cases is whether any of this has any factual basis at all, or if it is just the result of hallucinations and mental illness. It is at times really hard to say for sure, and some cases don't make it any easier. From the country of Romania we have a shockingly recent case of a good old fashioned exorcism that not only resulted in much mystery, but which actually left the possessed dead.

Born in 1982 in the village of Perieni, Westen Moldovia, Romania, Maricica Irina Cornici had a rough life from the start. Her father committed suicide when she was just 2 years old right in front of her, after having been convicted of stealing chickens and sentenced to 4 years in prison, something he was apparently not willing to go through. Her abusive, alcoholic mother was unable to care for her or her brother Vasile, and so she was turned over to social services and sent to an orphanage in the town of Bārlad. At the time, orphanages in Romania were no walk in the park. They were filthy, overcrowded cesspools full of children from impoverished families from all over the country, where the children had little to eat and were treated as little more than animals. Abuse was rampant, and there were even kids who died from starvation or being beaten.

When she was 19 years old, Irina found a foster family and managed to finally get out of that hellish place, managing to find work and save enough money to go to Germany, where she worked as a nanny for a time before returning to Romania in 2005, where at the age of 23 she would join a remote monastery in the Carpathian Mountains in the village of Tanacu, following in the footsteps of a friend of hers from the orphanage by the name of Kitza. The monastery was perched upon an inaccessible steep hill far from civilization, and here she lived a very simple and strict life, with no running water or electricity and overseen by the authoritarian taskmaster Father Daniel Corogeanu, but it was a roof over her head and better than living in poverty. However, not long after her arrival strange things would begin to happen. 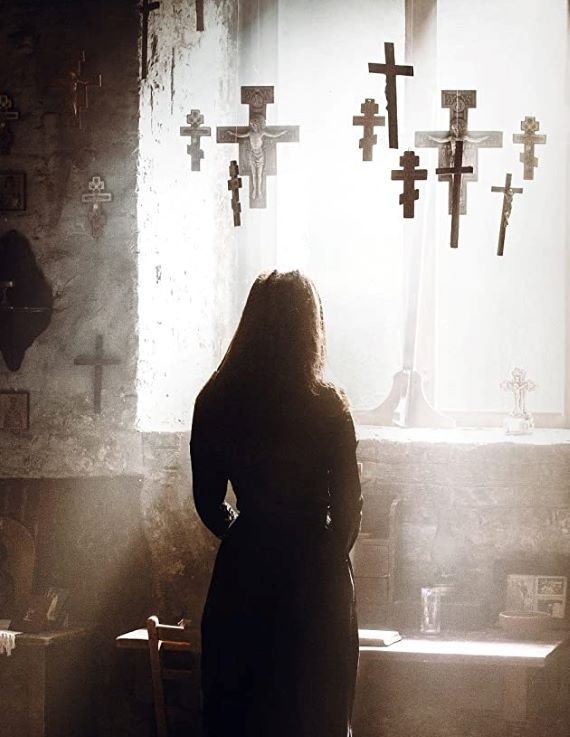 It started when Irina began to giggle uncontrollably during mass, something she would claim to not remember doing when confronted about it. This began to escalate into sudden outbursts in which she would blurt out inappropriate or sexual things to other nuns, and she started to complain of hearing voices in her head that were telling her she was sinful. On other occasions she would have violent outbursts in which she would lash out at property or other people, at times bad enough that she had to be subdued, but she would not remember any of these bizarre episodes. It got to the point where she was deemed a danger to herself and those around her, and so she was sent to a psychiatric facility in Vaslui. There she was diagnosed as suffering from disorganized schizophrenia, but the other nuns and Father Corogeanu believed that she was actually being tormented by demons or Satan himself. This was only bolstered by the fact that Irina’s own brother claimed to have seen a demon enter her once, and even Irina herself admitted that she believed the voices she was hearing were from the Devil. Nevertheless, after 2 weeks of observation she was released back into the care of the monastery. Unfortunately, it was far from over.

Although Irina’s mental condition had gotten better during her hospitalization, upon her return to the monastery it came back in a major way. She would have seizures, growl, hiss and snarl, and have weird episodes in which she would ruthlessly hit herself. The other nuns often had to subdue her and tie her up, locking her in a room until she calmed down, and on many occasions Irina herself begged them to bind her, telling them that she was being controlled by demons and needed help. It was becoming increasingly obvious to those around her that Irina was possessed, and so Father Corogeanu came to the conclusion that the only way to help this tormented woman was through an exorcism. Preparations were made the exorcism began. 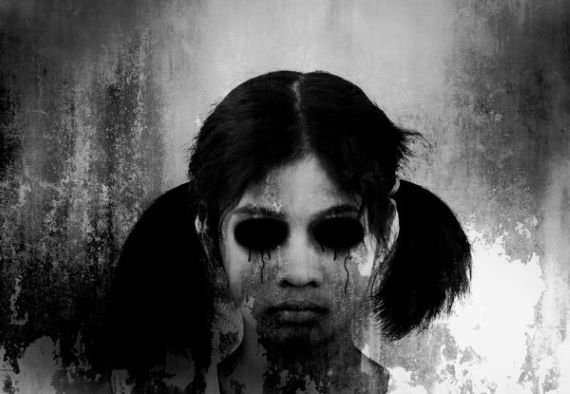 Irina was bound by the wrists and feet, chained to a makeshift cross, and anointed with holy oil, after which prayers were said over her, with Irina through it all snarling, struggling, and cursing to the point that a towel was stuffed in her mouth and she was gagged. This went on for three days, after which she was locked in her room until the Devil left her. At first it seemed as though it might have worked. Irina became somewhat lucid and was given something to eat and drink for the first time in days, but she soon after fainted and could not be woken back up. Paramedics were called in and Irina was taken to the hospital, but she would die on the way. The official cause of death at the time was found to be a mixture of dehydration, exhaustion, and asphyxiation from the cloth that had been shoved into her mouth. Father Corogeanu and four nuns were arrested and charged in relation to Irina’s death, the news soon all over headlines, but they stood by their story that an exorcism had been absolutely necessary, with Father Corogeanu saying:

She was sick and possessed. We said several Masses to end the spell. From a spiritual point of view, we did exactly the right thing. God has performed a miracle for her, finally Irina is delivered from evil. It was God's will that she died. I don't understand why journalists are making such a fuss about this. Exorcism is a common practice in the heart of the Romanian Orthodox church and my methods are not at all unknown to other priests. We did our duty in those moments when you couldn’t do anything else. We had to help her.

After a media circus of a trial, they were charged with false imprisonment leading to death, with Father Corogeanu sentenced on appeal to 7 years, one nun to 6 years and the other three nuns to 5 years, but they continued to insist on their innocence, and that they had done the right thing. Interestingly, in 2014 a further investigation would exhume Irina’s body to find that the cause of death had actually likely been an overdose of adrenaline administered to the ailing women by paramedics in the ambulance, meaning that those from the monastery had not been the ones to actually kill her. Regardless of this, Father Corogeanu was defrocked and disgraced, and the case still reverberates in Romania to this day. All involved have continued to deny any wrongdoing, locals are adamant that it was real demonic possession, and we are left to wonder. Just what went on in that remote monastery? Was there anything paranormal going on here or was this just a case of a severely mentally disturbed individual at the mercy of our misunderstandings and fears? It remains disputed, and a tragic case with no real answers.

Close Encounters of the Infiltrating Kind: Creepy and Camouflaged