The Eerie Vanishing and Reappearance of Katherine Van Arst

Among the many cases of vanishing people on record, some of them seem to stand out as particularly odd. Some of these cases attract about them numerous weird clues, and there are even some occasions in which the missing suddenly comes back, although this does not always solve the mystery. On occasion, these reappearing people bring with them a whole myriad of new enigmas, with the victim missing time, unable to express where they have been, or appearing far from where they started with little explanation to as how they got there. One such case is that of a little girl who vanished off the face of the earth, only to reappear and make her disappearance even stranger than it already was.

Located in in Washington County, near West Fork, Arkansas in the United States, is Devil's Den State Park, a 2,500-acre wilderness area that is a magnet for tourists in the region. Here people come to engage in all manner of outdoor activities, including picnicking, camping, hiking, mountain biking, horseback riding, and seeing the numerous sandstone caves, bluffs, ravines, rock shelters and crevices that dot the area, as well as hunt for fossils, of which the area has many. The area is a popular destination for families looking to enjoy the great outdoors, and in 1946 the Van Alst family made their way here for a fun family trip to do just that, but it was soon to prove to be anything but fun. One day the family were near their campsite and the family’s daughter, 8-year-old Katherine Van Alst, was playing in the creek in her bathing suit as her brothers fished, when at some point she wandered off and seemingly just vanished. Her father and brothers had apparently been right near her, and basically looked away for a moment to look back and find her gone. It was just thought that she had gone off a bit or that she had gone back to the campsite just a stone's throw away, and there was no alarm at this point, but little Katherine was nowhere to be seen, and would not answer calls to her. As they continued searching the woods and campsite with no sign of her, the panicked family then notified park officials and a large-scale search began. 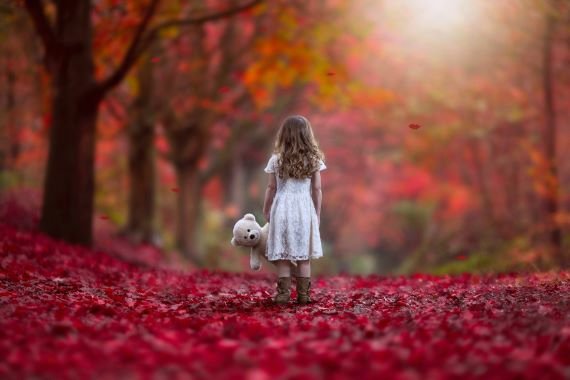 Searchers launched a meticulous, methodical search of the entire area for several square miles, with every moment that went by seen as critical, since the girl was barefoot and dressed in nothing but a bathing suit, hardly the sort of attire appropriate for being out in the woods. This search went on for 6 days, with no sign of the missing girl and hope waning, until at one point a team of volunteers were in the forest and passed by a cave, from which little Katherine Van Arst suddenly appeared and casually waved at them. According to those who were there, she was extremely, spookily calm and almost in a daze when she simply uttered “Here I am.” What made this completely mind-boggling was that the spot where she was found was around 7 air miles away and 600 feet higher than the place where she had originally disappeared, which would be just the first of many odd details.

The most glaringly bizarre thing was that this 8-year-old girl had walked an estimated 30-mile zigzagging course to get to where she was found, all in harsh, steep treacherous wilderness terrain in her bathing suit and with no shoes on. The area is riddled with rocky terrain, thick forest, and steep hills, so one of the perplexing things for authorities was how she could have managed to cover that distance in 6 days through this challenging landscape barefoot. Her feet were described as swollen, and she was also covered with insect bites and scratches from briars, so it was apparent she had done some wandering, but she also didn’t seem to be in nearly as poor condition that one would have been suspected, and she had covered so much distance that even a properly equipped adult would have had a tough time matching it. She also seemed to have been in better shape than one would have expected from her ordeal, the cave she was in just happened to have a fresh water spring, and despite various cuts and bruises she was not much the worse for wear, all things considered. Another oddity was that the place where she was found had already been thoroughly searched by aircraft and tracker dogs twice without having found any trace of the girl, so why had she just suddenly appeared there and why had she been so remarkably calm after such a frightening experience? The strangeness would only continue from there. 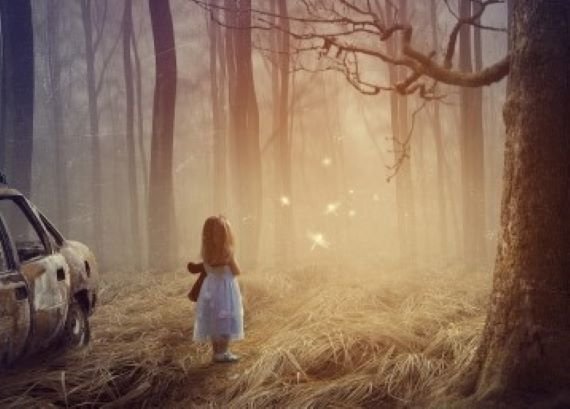 According to missing person researcher David Paulides, author of "Missing 411-Western United States & Canada: Unexplained Disappearances of North Americans that have never been solved," there were several oddities when police actually spoke to the girl. She allegedly claimed that she did not remember much about the 6 days she had been missing, merely saying that she had eaten berries to stay alive and found herself in that cave. Paulides has mentioned that the area was overgrown with many types of poisonous berries, so that she chose the right ones to eat has been seen as curious, especially since she had no real outdoor experience. The girl also supposedly made some strange remarks. She explained that when she had gone missing, she had simply been unable to find her campsite or her father and brothers, despite being right near them, and she would also claim that on several occasions she had shouted out to people searching for her but that they had apparently not been able to hear her. She also says that she had seen the tracker dogs but had been too afraid of them to approach. According to Paulides, she also made the strange mention of how she had slept in “warm grass” on the first night she went missing, without elaboration on what this cryptic statement meant.

All of these weird clues have fired up quite a lot of speculation as to what happened to Katherine, much of it quite sensational and leaning fully into the oddness. One is that she was lured away from her family by strange, unexplained forces, and possibly even carried to where she was found and taken care of by these entities. Everything from faeries, to Bigfoot, to UFOs have been suggested in paranormal forums, and much has been made of the fact that this area was once feared as a place of spirits by the local tribes. Yet, there has been some criticism as to how the case has been presented, that the more outlandish elements have been emphasized to make it more mysterious that it really is. However, all of these seemingly strange clues and the fact that a little girl in a swimsuit was found alive after 6 days in the wilderness have managed to keep this case making the rounds, generating plenty of discussion and debate. What happened to this girl? Is this all explainable or is there something more to it? No one seems to really agree on what the right answer to that might be, and the case has remained a mystery.

Strange Creatures In Our Midst: Supernatural Rather Than Natural