On the warm summer evening of August 4, 1943, 18-year-old Ronnie Austin had been having a great time. He had gone to a drive-in theater to catch a flick with his girlfriend Phyllis Bruce, and shortly before midnight they began their drive home in Wayne City, Illinois. As they drove, they noticed something very strange up ahead in the sky at about treetop level, which looked like a bright, round light with “fuzzy edges,” and estimated as being about “the size of a washtub.” They at first thought that it might be an aircraft, but whatever it was had no flashing lights and was perfectly round, leading them to suspect this was something else. They marveled at it for a few minutes, but the encounter would get stranger still when they noticed that the object seemed to be following them. And so would begin a wild high speed chase along rural country roads by a mysterious UFO.

The two noticed as they drove by that the mysterious light seemed to approach to keep pace with them, speeding up or slowing down when they did, and when they brought the car to a full stop the light also stopped to hover there with inscrutable intent. Austin decided to just try to ignore it and drive home as quickly as possible, but the object would allegedly follow them the whole way, always keeping the same distance from the vehicle and at one point crossing from one side of the car over to the other. They tried to convince themselves that this was just a coincidence and some sort of illusion, but this would be disproven when the object suddenly approached at great speed to hover a few hundred feet away, before pausing over an electronic relay tower and then taking up a position about 500 feet away from the car and its increasingly frightened occupants. 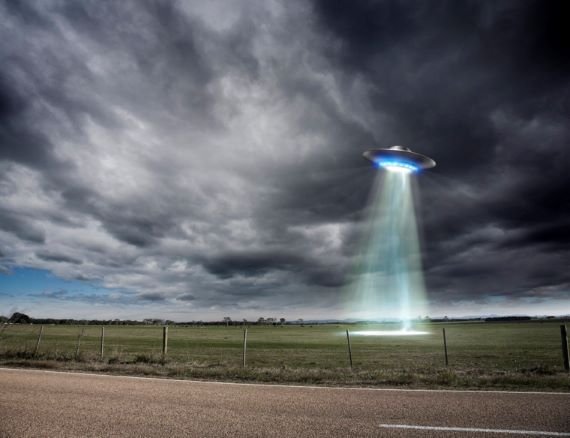 Austin kept driving, pulling onto the lonely gravel road that led to Phyllis’ home, and when they reached the house, her sister also came outside to witness the anomalous object. The three of them watched the light for a few minutes before the two spooked girls went inside after the thing got closer, and Austin decided to get out of there, setting out in his car for the trip home. The object then continued to follow him, along the way making several threatening displays and increasingly aggressive maneuvers, such as speeding over the car, cutting him off, and changing color from a bright white to a more ominous darker orange glow. At one point the object shot off to hover over a barn about a mile away, before speeding back, and by this time Austin was really gunning it down the dark road, later estimating that he had been going about 120 mph, but the object easily paced him and did circling maneuvers and passes around him, causing the radio to crackle with static and make a “whining sound” whenever it passed overhead, as well as causing his engine to sputter. The thing got so close that Austin could now see that it was about the size of a small car. It continued to make these threatening displays all the way to Austin’s house, where he stopped and ran inside like his life depended on it, which for all he knew, it did. In the meantime, the mysterious light took up a position over a nearby farmhouse around 300 yards away and hovered silently. 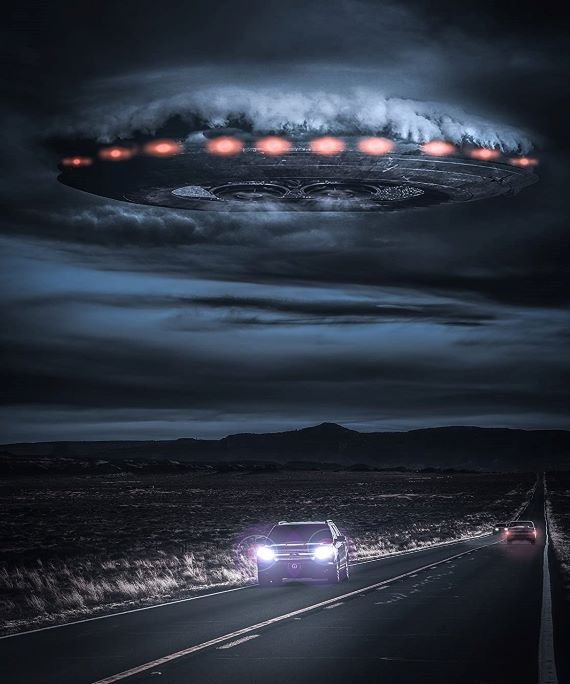 Austin rushed into the home and woke his parents, sister, and brother, and they all saw the object as well through the window, the whole thing spooky enough that his father even grabbed a shotgun for good measure. They noticed that when they turned the lights on, the thing would begin to move towards the home, but when the lights were turned off it returned to its position above the nearby barn, suggesting it was attracted somehow to the light. They called the police in a panic, and when officers showed up they also saw the strange light, as did several neighbors who had come outside to see what all of the fuss was about. As they all looked on, the object would then begin ascending upwards into the sky until it was out of sight. The event soon made the press and attracted the attention of UFO investigators, with researchers from the National Investigations Committee on Aerial Phenomena (NICAP) arriving the following day to interview the many witnesses, and they were interviewed by several news sources as well, and there was also an Air Force team who arrived on the scene as well, consisting of Lt. Col. Robert J. Friend, then the Director of Project Blue Book, Capt. Hector Quintanilla, and Sgt. Charles R. Sharp. Readings were taken of the car, the results of which have never been released, and oddly Austin was instructed to wash it right away while they “decontaminated” the interior, all while they tried to dismiss talk of UFOs and try to explain it all away. The presence of the Air Force was curious, and NICAP investigator Francis Ridge would say of it:

The AF must have considered this case important. They had flown in the special team of physicists from Wright-Patterson AFB, Dayton, Ohio. Normally, when investigating a case, they would send the local "UFO officer" from the nearest airbase. In this case it would have been Scott AFB at Belleville, Illinois (near St. Louis). Something strange was going on in the Midwest, and AF Intelligence was interested in something that "didn't exist." A quick check would have eliminated a refueling operation and the need for an onsite.

What in the world was going on here? With around a dozen witnesses including police officers it certainly seems that something weird was going on, but what? Why would this object want to so aggressively toy with this young man in his car? What did it want? Interestingly, this incident coincided with a spate of UFO sightings around Illinois at the time, so did this have perhaps some part to play? Whatever the answers may be, it is a curious little incident that can be added to the pile of the many bizarre UFO encounters out there.

Rare Discovery of a Plesiosaur in a Canadian Mine