In April of 2016, 19-year-old James Martin Roberts was an online student at Caldwell Community College & Technical Institute and planning on reenrolling full-time at Appalachian State University in Boone, North Carolina after having been suspended once for poor grades. Despite this, he was still a member of the university’s Tau Kappa Epsilon fraternity, and he had remained active around campus. That month, on April 20, he suddenly and inexplicably quit his fraternity, and the next day he told his roommate he was going to study at the university library before leaving his apartment complex at around 10 am. He would then be seen walking away from the Appalcart bus stop near the Holmes Convocation Center of the Appalachian State University campus at 12:30 pm, and from there it seems he just kept on walking right off the face of the earth as no one has seen him since, sparking a stubborn unsolved mystery that had not budged despite intense efforts to solve it.

When James failed to come home, log into classes, or contact anyone the following day and his rather constant presence of social media just abruptly stopped, people became worried and he was reported as missing. Police would go about trying to piece together what had happened and turn up some weird clues. It would turn out that, although he had told roommates that he was going to the library, his cousin ran into him near the bus stop he was last seen at and told authorities that James had claimed to be going to the fraternity house. The cousin reported that James had been acting totally normally and there was nothing particularly off about him that day. He had also called his father that morning and seemed to be in good spirits, saying they would talk again the next day. When James’ apartment was searched it was found that he had left behind his iPhone, laptop, wallet, and credit and bank cards, as well as a cryptic note to his father that, while not released, is claimed to have suggested he was planning on running away for a while because of unspecified disappointments in his life. However, the note was exceptionally vague about any concrete intentions, and his father would say of it:

We’ve tried to downplay the note a whole lot because it wasn’t like he said, ‘I’m going to do this, or I’m going to go there. It is very vague and very general. The average person reading it wouldn’t say, ‘Well, you know this is the worst-case scenario, and it is only a matter of time before you find out what happened.’ It wasn’t that way at all. The note is pretty much ‘I’m starting some journey — I’m going somewhere.’

There was also found stashed away a dusty bag of anti-depressant pills that had obviously not been used in a while, although James had no known history of any mental problems and no official records of ever having been treated for depression or prescribed medication for it of any kind. Roberts’ father would say of the anomalous pills:

We don’t know where the pills came from, whether he was trying to self-medicate, whether he found them, whether someone sold him one thing and it turned out to be something else. One of his friends said ... the bag had dust all over it, so it was obviously not something he was taking regularly before he left. There’s still so many questions.

There were no other clues in the room, but the cell phone was seen as perhaps holding some crucial information. However, Apple refused to allow authorities access to data on the phone hidden behind passwords, which police countered by obtaining a search warrant to search for his data on the cloud. Authorities would eventually be able to unlock the phone, but it provided frustratingly few new leads or clues. James’ father would say of the dead ends on the phone:

They retrieved a lot of data from the phone that has led to a lot of conversations. They looked at names, numbers, locations, and they’ve been able to follow up on some leads from the information. They found nothing definitive. There were some contacts that were previously unknown that they followed up on, they looked at GPS mapping functions, but they didn’t find anything more than they had before.

As all of this was going on, a massive search was underway of the area where James had last been seen. They searched large swaths of the area’s trails and wooded areas in the vicinity using helicopters with infrared cameras and tracker dogs, as well as hundreds of volunteers that would turn up nothing. For a while there were no leads or clues, but some oddities would pop up, such as the fact that it seems James was being very dishonest with his father about his life, such as claiming to have jobs at places that had no record of him ever working there. Could this hold some significance? Who knows? It was not until the case aired on the TV show Disappeared that any potential leads would be forthcoming. As soon as the episode aired there was a deluge of calls from all over the place from people claiming to have seen the missing man, but none of them really led anywhere. Lt. Chris Hatton, of the Boone Police Department, would say of this flood of responses:

We’ve received tips from people all over the country that say ‘I think I saw him at Walmart last Tuesday,’ but it’s nothing we can follow up on. These shows air again and again for maybe even years, so there’s a chance that someone could come forward and help us connect some dots. The TV show generated some activity, but we don’t have any good leads as far as where he is. At this point, we’re redoing a lot of things: checking his bank activity, seeing if there’s any credit cards in his name. I’ve been doing this for 20-plus years and I’ve never seen a case like this. We’ve thrown all our resources into this case from the minute we got it. It’s still very much an open case and we’re working on it daily. 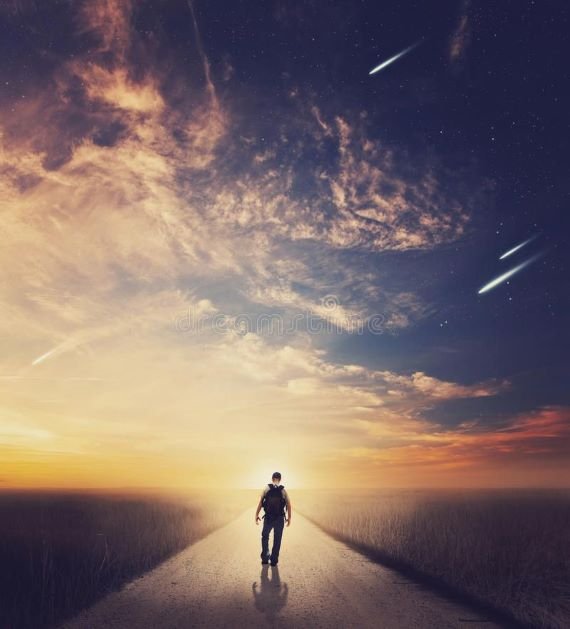 Despite all of the efforts, there has been almost nothing to really go on, and the case is almost more notable for its lack of any clues whatsoever rather than anything particularly bizarre. Authorities have thrown everything they have at this case and come up empty handed every time. Foul play has not been seriously considered, and it is mostly thought that James just ran off for whatever reasons, but many of his friends and family find this strange. According to them, James had been doing better in school and expressing more hope for the future, and there is also the fact that he was very sociable and was active online keeping in touch with people, making it seem strange that he should just abruptly drop off the grid. His father has said of this:

He is very engaged as far as being in contact with family and friends. He didn’t necessarily post something on Facebook every time he did something, but he was engaged socially with the world. It is out of character for him to walk away from the grid — to not watch something on Netflix or play an online game with his friends. To just walk away from it all is just very unusual — very concerning.

What happened to James Martin Roberts? Was this the result of personal demons luring him off into the unknown? Was it foul play, a psychotic break, or something else? Despite all of the resources that have been poured into the case no one really knows. How could he so completely and decisively vanish like that and is he still alive somewhere? No one has a clue, and it does not seem as if the mystery will be solved any time soon.

Slimy, Sinister and Monstrous: A Mysterious Beast That Left a Trail Behind It