The Mystery of the Heart Attack Gun

Back during the Cold War, the CIA was rather busy. Besides watching all manner of perceived enemies of the State, they were very busy carrying out all manner of experiments into gadgets and weaponry that could be used to strike out at people on its “hit list.” Chief among these was the Cuban dictator Fidel Castro, who would eventually be subjected to hundreds of assassinations attempts by the CIA, ranging from poisoned food to exploding cigars. Castro wasn’t alone on the long list of targets for CIA-sanctioned killings, which included names such as Congo’s Patrice Lumumba, Rafael Trujillo of the Dominican Republic, Vietnam’s Ngo Dinh Diem, and Gen. René Schneider of Chile, among many others. Although many of the CIA attempts at these weapons were like something out of a bad James Bond movie, there were some top-secret projects that turned out to be rather frightening, and one of these was a gun that could kill its targets nearly instantly and without leaving behind evidence, a weapon that would go on to be known as “the heart attack gun.”

One idea that the CIA hit upon in its endless quest to eliminate enemies was creating some sort of undetectable, untraceable poison that could be somehow shot or otherwise injected into a target. At the time, guns and explosives were being increasingly seen as sloppy, leaving behind too much evidence and able to be traced, so there were great resources poured into crating a poison that could be weaponized into a firearm delivery system. The CIA approached a Mary Embree, of the technical services department to create such a weapon, and they allegedly ended up developing a poison that could enter the blood stream through a dart delivery system and then cause symptoms similar to a heart attack, which would then leave no traces behind that could be detected in post-mortem examinations and leave the only discernible cause as cardiac arrest. Not only would the poison be undetectable, but the target would feel nothing, a mosquito bite-like twinge, if anything, and there would be barely any trace of anything having entered the body to begin with. Embree would say of it:

The poison was frozen into some sort of dart and then it was shot at very high speed into the person. When it reached the person, it would melt inside them, and there would be a tiny red dot on their body, which was hard to detect. There wouldn't be a needle or anything like that left in the person. 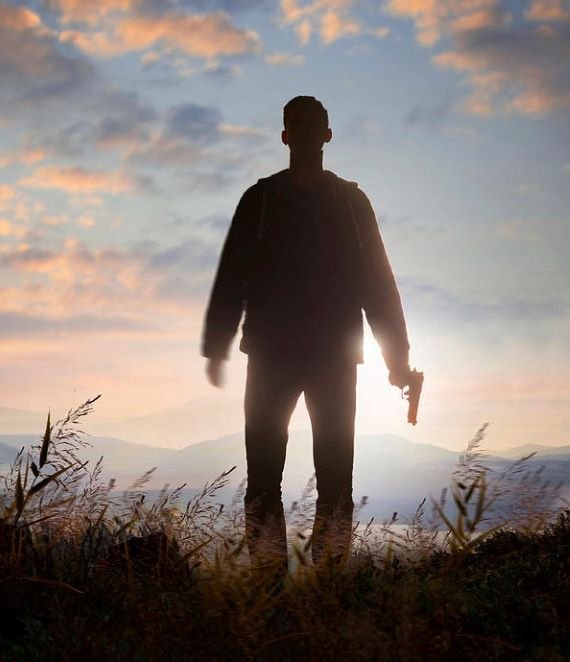 The gun used to shoot these darts was allegedly a modified Colt 1911, which had a scope and could supposedly shoot accurately at targets up to 100 meters away, and according to Embree it was tested out on animals and even prisoners to great effect, although she never did divulge if it had ever been used to actually assassinate someone with. Other versions allegedly existed as well, which were disguised as canes, fountain pens, or umbrellas. There was never any concrete conclusion as to what the actual poison was made of, but it is thought to be a type of neurotoxin derived from shellfish, called Saxitoxin. It is all very ominous, and it likely would have forever remained a classified secret if it weren’t for American senator Franck Church, who in 1975 was assigned by the United States Congress to look into just how agencies like the CIA, NSA, and FBI were using their budgets. Until then they had been pretty much off the leash and left to their own devices, but the Watergate scandal, in which then-president Richard Nixon was abusing his power through the CIA, made Congress decide to see just what these agencies were really up to behind closed doors. The Church Commission, formally officially known as the more dour and less fun sounding United States Senate Select Committee to Study Governmental Operations with Respect to Intelligence activities, was set up and it would turn up some enlightening and spooky things. For instance, Church found all sorts of transgressions and abuses of power being carried out, form opening citizens’ mail to accessing domestic telecommunications providers, keeping tabs on private citizens, and keeping assassination hit lists. One of the things uncovered was the heart attack gun.

During the hearings on the Church Committee’s findings, the heart attack gun was actually shown by Church, and this revelation proved to be scary enough that it launched all manner of wild conspiracy theories. Over the years a long list of well-known people would be claimed to have been victims of the heart attack gun, including Clay Shaw, J. Edgar Hoover, Marilyn Monroe, and John F. Kennedy. It would also turn out that the KGB had also for years been using their own version of the heart attack gun, which was a gun that fired a jet of poison gas from a crushed cyanide capsule, which would similarly make the victim appear as if they had suffered a heart attack. The KGB gun was infamously used by KGB agent Bohdan Stashynsky, who used it to kill Ukrainian nationalist leaders Lev Rebet and Stepan Bandera in 1957 and 1959, respectively.

The results of the Church Commission would lead to legislation banning such unsavory practices as targeted assassinations by the CIA and other intelligence agencies, and in the meantime, the heart attack gun was whisked away. At the time it was claimed that it was to be turned over to the U.S. military for safekeeping, but it seems as if after that it simply vanished into thin air. The conspiracies say that it returned to the CIA, and that is was even used to take out Presidential candidate Bernie Sanders, who suffered a heart attack while out on the 2019 campaign trail. Is there anything to this, or is it just tinfoil hat nonsense? Who knows? We have no idea just to what extent this gun was used, what became of it, or how far the technology has come since then. In the meantime, it has been quietly swept under the carpet and no one really ever even talks about it any more. How scary is that? I leave it for you to decide.

Radar and its Importance in the Field of Ufology: Tracking the Unknowns