The Serpo UFO Documents: Not a True Story, But Something Even More Intriguing

Many people with an interest in Ufology will recall how, beginning in November 2005, a controversial stash of UFO-themed papers surfaced. They collectively became known as "The Serpo Documents." The source of the documentation, to this day, remains unknown. She, he or them  chose to use the very appropriate alias of "Anonymous." For some saucer-sleuths, the papers are leaked, highly secret files. For others, the entire thing is nothing but a big joke that has spun wildly out of control. Others suggest disinformation to muddy the ufological waters. The Serpo papers cover a huge amount of ground, but the primary focus is on controversial claims of an "exchange program" between us and the representatives of an alien race, one which began in the 1960s. Anonymous said: "I am a retired employee of the U.S. Government. I won’t go into any great details about my past, but I was involved in a special program. As for Roswell, it occurred, but not like the story books tell. There were two crash sites: one southwest of Corona, New Mexico and the second site at Pelona Peak, south of Datil, New Mexico."

Anonymous added: "The crash involved two extraterrestrial aircraft. The Corona site was found a day later by an archaeological team. This team reported the crash site to the Lincoln County Sheriff’s department. A deputy arrived the next day and summoned a state police officer. One live entity was found hiding behind a rock. The entity was given water but declined food. The entity was later transferred to Los Alamos. The information eventually went to Roswell Army Air Field. The site was examined and all evidence was removed. The bodies were taken to Los Alamos National Laboratory because they had a freezing system that allowed the bodies to remain frozen for research. The craft was taken to Roswell and then onto Wright Field, Ohio. The second site was not discovered until August 1949 by two ranchers. They reported their findings several days later to the sheriff of Catron County, New Mexico. Because of the remote location, it took the sheriff several days to make his way to the crash site. Once at the site, the sheriff took photographs and then drove back to Datil." 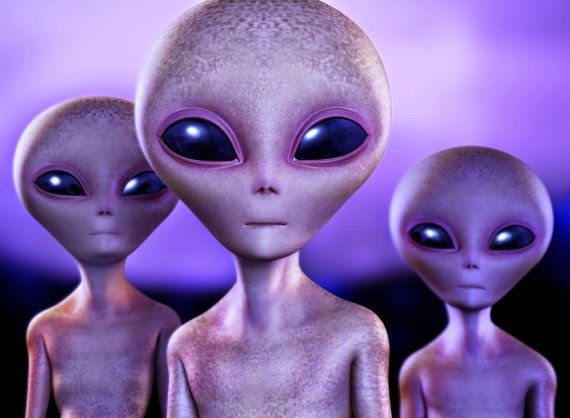 There was more to come: "Sandia Army Base, Albuquerque, New Mexico was then notified. A recovery team from Sandia took custody of all evidence, including six bodies. The bodies were taken to Sandia Base, but later transferred to Los Alamos. The live entity established communications with us and provided us with a location of his home planet. The entity remained alive until 1952, when he died. But before his death, he provided us with a full explanation of the items found inside the two crafts. One item was a communication device. The entity was allowed to make contact with his planet. Somehow, I never knew this information, but a meeting date was set for April 1964 near Alamogordo, New Mexico. The Aliens landed and retrieved the bodies of their dead comrades. Information was exchanged. Communication was in English. The aliens had a translation device. In 1965, we had an exchange program with the aliens. We carefully selected 12 military personnel; ten men and two women. They were trained, vetted and carefully removed from the military system. The 12 were skilled in various specialties."

And, finally, there is this from the man or woman with no known name: "Near the northern part of the Nevada Test Site, the aliens landed and the 12 Americans left. One entity was left on Earth. The original plan was for our 12 people to stay 10 years and then return to Earth. But something went wrong. The 12 remained until 1978, when they were returned to the same location in Nevada. Seven men and one woman returned. Two died on the alien’s home planet. Four others decided to remain, according to the returnees. Of the eight that returned, all have died. The last survivor died in 2002. The returnees were isolated from 1978 until 1984 at various military installations. The Air Force Office of Special Investigations (AFOSI) was responsible for their security and safety. AFOSI also conducted debriefing sessions with the returnees." Despite the outrageous and unlikely tale that the documents told, Serpo very quickly became a sensation within certain ufological quarters and provoked massive debate – in magazines and journals, on radio shows, and at online forums. There is, however, one issue that has, for the most part, been overlooked, ignored and forgotten. In early 2006, a source that used the named "Chapman," and who maintained they had a background with the British Ministry of Defense, claimed to know all about the Serpo files and what they really represented. 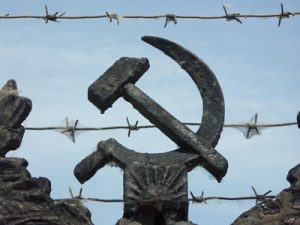 Chapman explained: "Interesting reading. However, these are NOT real events that are being described here, although the document they come from IS REAL. I saw this information in 1969 or ’70 in Whitehall. Originally it was a CIA document authored by a lady named Alice Bradley Sheldon. Its main purpose, if you will pardon the phrase, was to ‘scare the crap out of the Soviets’ in response to them scaring the crap out of us." Admittedly, it's fair to say that "Chapman" was as much an unknown whistleblower as was "Anonymous." But, what's the most likely scenario in this strange story? That "Anonymous" told an incredible truth of alien contact? Or that this was all a Cold War-based plot designed to disrupt the Russians? I say the latter. Here's why: Alice Bradley Sheldon was born in 1915 and, in the immediate aftermath of the horrific events that occurred at Pearl Harbor, Hawaii in December 1941, chose to do whatever she could for her government. It wasn’t long before she was working in the heart of U.S. military intelligence. She ultimately rose to the rank of Major. In 1945, she married Huntington D. Sheldon. 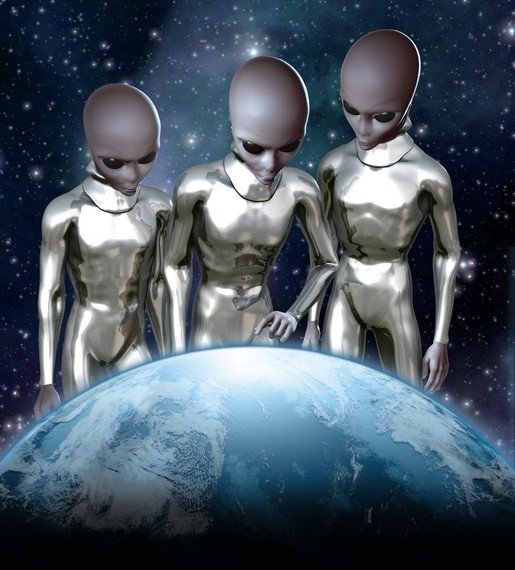 The two decided to relocate to Washington D.C. and both accepted new and exciting careers in the CIA. Alice took part in espionage operations and worked on photo-analysis projects, such as studying imagery of Soviet military installations and then-new Russian aircraft. She remained with the CIA until 1955. As for Huntington, he rose to the position of the Director of the Office of Current Intelligence of the CIA. He held that same position until 1961. In 1967, Alice decided to turn her hand to an area that she had a great love for: that of science-fiction. She did so, however, under the alias of James Tiptree, Jr. In 1973, a collection of her short stories hit the stands. It was entitled Ten Thousand Light Years from Home. Then, in 1975, Warm World and Otherwise were published to high acclaim. More books appeared: 1981’s Out of the Everywhere and Other Extraordinary Visions and 1985’s Brightness Falls from the Air. Barely a handful of people knew, during her lifetime, that Alice and Tiptree were actually one and the very same.

The final years for Alice and her husband were sadly not good; not at all. Both were suffering from ill-health. Huntington finally became bed-ridden. The end was getting closer and closer. It finally arrived. On May 19, 1987, Alice shot and killed her sleeping husband, and then took her own life. Her secrets from that time spent in the employ of the CIA went with her. Unless there is a significant development in the matter of Alice Bradley Sheldon, the Serpo papers, and a plot designed to terrify the Russians, we may never get to see the full picture. But, I cannot think of a better, and more qualified, source than Sheldon –a sci-fi writer and a CIA employee – to have whipped up the saga of Serpo, as a means to freak out the Soviet Union during the Cold War.