In 1943, the woman named Madge Knight lived a fairly content life in Aldingbourne, West Sussex, England, where she lived with her retired architect husband, and her sister and her sister’s husband, Mr. and Mrs. Basil Moore, who had a room at their home. In November of that year, Mr. Knight took a trip to London with Madge’s sister and the two returned on the afternoon of the 18th. According to the Moores, that evening the Knights got into a huge argument, which was rare for them and was suspected to be caused by jealousy over the trip to London mixed with the heavy drinking Marge had been doing that evening. The fight was so bad that the Moores allegedly left the premises for a while until it cooled down, coming back at around 10 pm. This seemingly normal turn of events would soon spiral out of control, and be only be the beginning of a strange mystery and eerie unsolved death that has eluded all understanding to this day.

When the Moores returned, they found Madge sitting alone, still drinking, and Mr. Knight had gone to bed. At this time, she seemed calm and thoughtful, in fact fairly lucid considering how much she had drunk, and she even had one more nightcap with the Moores before going to bed herself. She would not offer any information on what the argument had actually been about, and the Moores just let it go. When she went to bed, Madge was reported as having been quite tipsy, although this was not particularly strange for her. She was known to have 5 or 6 whiskies every evening, and so at this point it would have all been par for the course, the only oddity of the evening being her uncommonly fierce argument with her husband. However, things were about to get very strange, indeed. 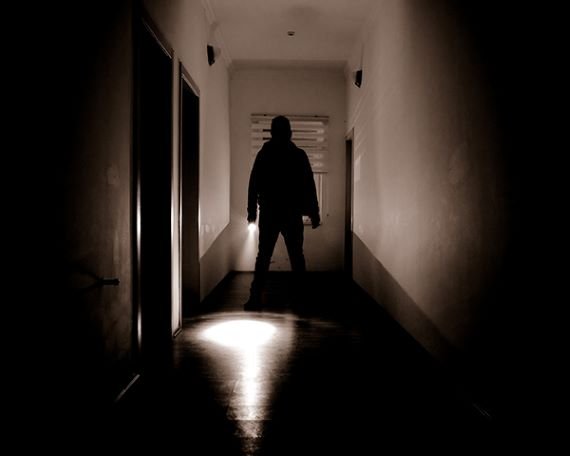 At around 3:30 AM, the house was shaken by screaming coming from Madge’s room. The Moores went running to see what was going on, to find Madge lying in bed naked and covered with her only her blanket. She was writhing and groaning in pain, and they could see that it looked as if the skin on her back had been somehow “peeled away.” Ms. Moore allegedly tended to her sister, while oddly Mr. Moore simply went back to bed. For reasons unknown, nothing else was done, and when Madge calmed down somewhat, she was left on her own to go back to sleep. There was no effort to call for medical help at the time and no real sense of urgency, despite the fact that Madge was reported as being “in great pain” and the skin had been mysteriously and gruesomely peeled off of her back. Also strange is that at no point did Madge’s own husband wake up or come to help her, sleeping through the whole thing.

It would not be until the following morning at 8 AM that Mr. Knight would learn what had happened and a doctor was finally called in, who did not arrive until 11 AM. The doctor would examine the injured woman and come to the conclusion that her back had been quite badly burned, giving her morphine immediately, but there was no smell of burning in the room or anywhere at all in the entire house. There was also found no source of flame that could have accounted for a fire big enough to have caused such a grievous burn, and there was also found no evidence of any sort of corrosive substance anywhere on the premises. It was also rather weird that the bedclothes had not been burned or even so much as singed, nor were the clothes that Madge had been wearing when she had retired to her room for the night or anything else in the house. The doctor was baffled, unable to determine how exactly this could have happened, and police would be equally perplexed when they arrived on the scene.

An investigation into the previous evening’s events would turn up some discrepancies in the Moores’ version of events compared to the husband's. While they said that the Knights had been arguing intensely the previous evening, Mr. Knight had a different, conflicting version of events. According to him, he had merely sat and listened to his wife, who was upset at him, and who he described as “excited” and “overwrought” rather than angry. According to him, she had been strung up and stressed out from doing so much housework all of the time, as well as her ailing health, and that it had had nothing to do with his trip to London. Weirdly, he claimed that he had been woken up by the Moores coming home that evening and that he had heard them talking to his wife, yet he claimed that he had slept through the screaming later on. It is unclear what how differing testimony from the Moores relates to what had happened to Madge, but it is certainly curious. Nevertheless, the police at the time did not deem it to be particularly suspicious. 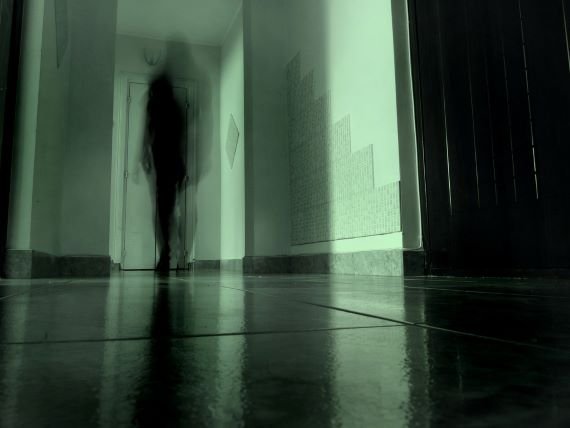 In the meantime, Madge was taken to a hospital for treatment, where another doctor came to the conclusion that the burns had been caused not by a fire, but rather a corrosive substance of some kind, such as acid, but there was no sign of anything like that at the home. Medical staff did all they could for her, but Madge would die four days later from bacterial toxins in the blood due to her injuries, a condition called toxaemia. A full inquest was launched into the strange death, but many balls were dropped. The conflicting testimony of the Moores and Mr. Knight were not investigated or questioned further, nor was the fact that Mr. Moore had simply gone back to bed on the night of the incident, or the odd detail that Mr. Knight had purportedly slept through the whole thing and the fact that no one had gone to even summon him to tell him what was going on. It was not cleared up just why the doctor wasn’t called until the following morning or why he didn’t arrive until 11 AM. In the end no concrete cause for the burns could be found in the house, and no one was apprehended for any wrongdoing. The case ended with an open verdict and that was that.

The case has mostly been forgotten and never solved, and while it is certainly mysterious, it would be made more so when it was resurrected by the paranormal researcher Harry Price, when he included it in his 1945 book Poltergeist Over England, in which he really emphasizes the mystery of those burns and speculates that they were caused by some sort of ghostly forces. It was largely due to Price’s take on the events that the strange case of Madge Knight would go on to become a case of spontaneous human combustion. Is that what was going on here? Was this some sort of foul play or the work of paranormal forces? There is a very good chance we will never know, and it remains a nebulous historical oddity that may forever float out past out understanding.

Cryptozoology, Ufology, Ghost-Hunting: All Parts of One Much Bigger Mystery?