The Strange Ghost Ship Mystery of the Vanished Marlborough

The high seas have had many mysteries throughout the centuries, and prominent among these are the many tales of ghost ships that have seemingly vanished off the face of the earth only to pop up from time to time and spin legends and mysteries, The Marlborough was a tough-looking iron-built two-decked merchant sailing ship that lunched in 1876 and was known for its fast voyages between Lyttelton, New Zealand and the United Kingdom, mostly London, Dunedin, and Cornwall. The ship would typically carry immigrants to New Zealand from England and then make the return trip laden with various cargo such as wool and frozen meat. The Marlborough was famous for its speed, once making the voyage in 71 days, which was very fast for the era, but it would also become famous as a strange maritime mystery when it took one last voyage into the annals of weird maritime enigmas. 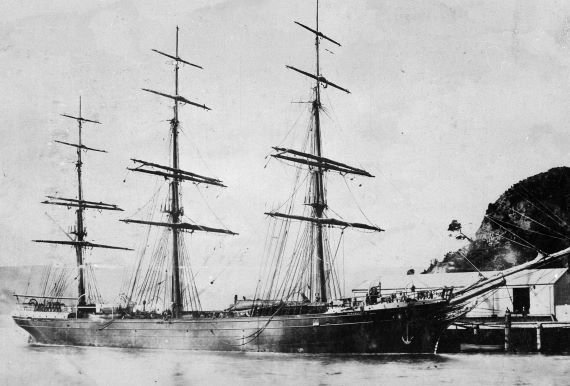 On January 11, 1880, the Marlborough departed from Lyttleton, New Zealand, bound for London loaded with a cargo of wool and frozen meat as usual, and under the command of a Captain Herd, with 33 crew members and a small number of passengers on board. When it departed everything was going smoothly. The weather was calm, everything was in working order, the cargo was properly stowed, it had a seasoned crew, and it was expected that it would make one of its typically swift runs, but things would get odd when on January 13 the ship made contact with a vessel called The Falkland Hill, after which it would seemingly go sailing off the face of the earth. The Marlborough never did arrive at its destination, and when months went by with no sign of it the ship was listed as missing. No one had a clue as to what had happened to them, and it was at first assumed that it had been sunk by an iceberg while going around Cape Horn and passing partially inside the Antarctic Circle, taking its cargo and crew with it.

In 1891 a rumor began making the rounds that shipwrecked British sailors possibly from the Marlborough had been picked up near Good Success Bay, in Tierra del Fuego, Argentina, and been pushed into service by the government at the lifesaving station in Good Success Bay. A Captain R E McKiel aboard the sealing schooner Maud S even claimed to have met the men, and was under the impression they were from the missing Marlborough. In light of this news, a rescue ship was sent in the form of the Emerald-class corvette HMS Garnett under the command of Captain Harry Francis Hughes-Hallett. They would scour the area of Good Success Bay but find no sign of the missing ship or the mysterious crew members purportedly found, indeed finding not a single clue that they had ever even been there at all. 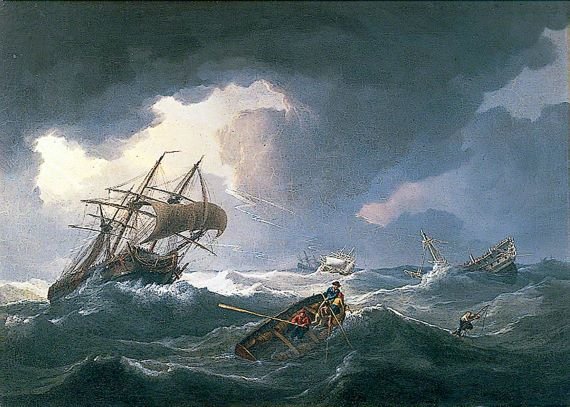 After that there would be no further word on the fate of the Marlborough, and it was assumed to be lost, that is until October of 1913, when a report came out that the ship had been found. According to the Singapore newspaper The Straits Times, the ship had been found by the British vessel Johnson, drifting aimlessly in the vicinity of Punta Arenas, Chile at Cape Horn that August. When all efforts to hail the listless ship failed, the crew of the Johnson decided to go aboard, where a macabre discovery awaited them. The report quoted the captain of the Johnson as dramatically explaining of the discovery and the trip aboard:

It was a weirdly wild evening, with the red orb of the sun setting on the horizon. The stillness was uncanny. There was a shining green light reflected on the jagged rocks on our right. We rounded a point into a deep cleft rock. Before us, a mile or more across the water, stood a vessel, with the barest shreds of canvas fluttering in the breeze. We signaled and hove to. No answer came. We searched the "stranger" with our glasses. Not a soul could we see; not a movement of any sort. Masts and yards were picked out in green – the green of decay. The vessel lay as if in a cradle. It recalled the "Frozen Pirate" a novel that I read years ago. I conjured up the vessel of the novel, with her rakish masts and the outline of her six small cannon traced with snow. At last we came up. There was no sign of life on board. After an interval our first mate, with a number of the crew, boarded her. The sight that met their gaze was thrilling. Below the wheel lay the skeleton of a man. Treading warily on the rotten decks, which cracked and broke in places as they walked, they encountered three skeletons in the hatchway. In the mess-room were the remains of ten bodies, and six others were found, one alone, possibly the captain, on the bridge. There was an uncanny stillness around, and a dank smell of mold, which made the flesh creep. A few remnants of books were discovered in the captain's cabin, and a rusty cutlass. Nothing more weird in the history of the sea can ever have been seen. The first mate examined the still faint letters on the bow and after much trouble read ‘Marlborough, Glasgow.'

It is a spectacular report that would have seemed to have solved the mystery at the time, but it didn’t explain how all of those men had died or how the ship could have possibly drifted about for 20 years in an area notorious for its fierce storms without being dashed onto rocks or icebergs, or being detected by the frequent shipping traffic or the residents of Punta Arenas. This all seems suspicious, and indeed it is. Deeper digging into the claims has turned up that not only was their no Johnson registered in 1913, but the report also appeared in no other publications and there was no follow-up. The consensus has thus been that this was probably a spooky fabricated report, a fiction. 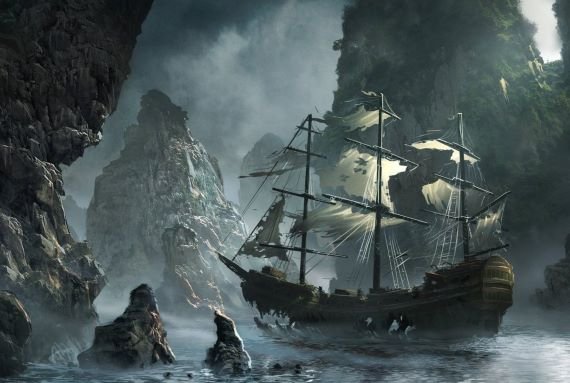 There are other sporadic reports along these lines as well. There was also the account of a Captain Thomas Sydney Burley, who claimed in 1912 that in 1890 he had been wrecked off Tierra del Fuego while on board the vessel Cordova. When the survivors had made their way towards Good Success Bay they allegedly passed a ship that had run aground on shore marked "Marborough of London." In addition, they purportedly found a canvas tent set up on shore with seven skeletons inside along with a pile of mussel shells. It is believed that this report may have also been fabricated, or that it was a case of mistaken identity. Another unverifiable report came out in a November 1923 issue of the Auckland Star, which claimed that in 1891 the crew of the Marlborough had been sighted on shore but the ship that had found them had been unable to rescue them. There would be yet another alleged discovery of the Marlborough that surfaced in 1929, when it was claimed that in 1899 a ship called British Isles under a Captain Hadrop had found the missing ship a little north of Cape Horn, near Staten Island. They had apparently boarded the ship, but not much is known after that, and the incident was never reported at the time, hence the reason why it did not come out until 1929. Unfortunately, this report has holes in it as well, such as the fact that, while the British Isles was a real ship, it was found to have never been under the command of a Captain Hadrop. Why should this be, and why was this not reported on until decades after the fact? Likely this report was also a fabrication, but there is no way to know for sure.

There is probably no way to ever tell just what is going on here. What happened to this ship and where did it go? How could it so thoroughly pass off into the unknown without a trace? Are the subsequent sightings real or merely the product of fiction and misunderstanding? There are no answers, and the mystery of the Marlborough remains.

Robot or Monster? Looking Back at a Classic Case from the Early Years of UFOs