The Strange Mystery of the Singing Sands

The natural world has many strange mysteries and anomalies that have not been fully explained, and one of these comes from the desolate deserts out beyond civilization. Throughout history, desert explorers have come back with tales of something very strange going on out among the dunes. Travelers and explorers would often return from their excursions across these inhospitable wastelands with tales of how the very sand itself would emanate mysterious sounds, ranging from a light squeaking or flute-like sound, to ominous roaring, rumbling, or booming noises that could be heard for miles around, and which both awed and frightened. An early account of this comes from the legendary explorer Marco Polo in the 12th century, who described the anomalous sounds as “the sounds of all kinds of musical instruments, and also of drums and the clash of arms,” and attributed them to the work of evil desert spirits, but this is far from a phenomenon relegated to the far past. Here we look at the strange mystery of the signing sands that lurk about in the wild places of the world.

In the 19th century the phenomenon was still spooking people out in the wilderness, and was even mentioned by Charles Darwin himself. One notable account of the “singing sands” was given by the English diplomat and explorer Bertram Sidney Thomas, who between the years of 1930 and 1931 became the first documented Westerner to cross the Rub' al Khali, or “The Empty Quarter,” which is a vast, desolate swath of the of the larger Arabian Desert. During this expedition he made note of the “loud droning of a musical note” coming from a steep sand cliff, and on another occasion he heard musical notes coming up from beneath his camel’s feet and he also experienced a deep, musical, booming sound that woke him in his tent. When he asked his native guide what caused the sounds, the guide would only say that they originated from spirits from the underworld, and explained that this was the sound of the spirits talking to each other. Another explorer by the name of John Philby was also in the Empty Quarter at around the same time as Thomas, and would say of what he heard:

Quite suddenly the great amphitheatre began to boom and drone with a sound not unlike that of a siren or perhaps an aeroplane engine—quite a musical, pleasing, rhythmic sound of astonishing depth.... The conditions were ideal for the study of the sand concert, and the first item was sufficiently prolonged—it lasted perhaps about four minutes—for me to recover from my surprise and take in every detail. The men working at the well started a rival and less musical concert of ribaldry directed at the Jinns [desert spirits] who were supposed to be responsible for the occurrence. 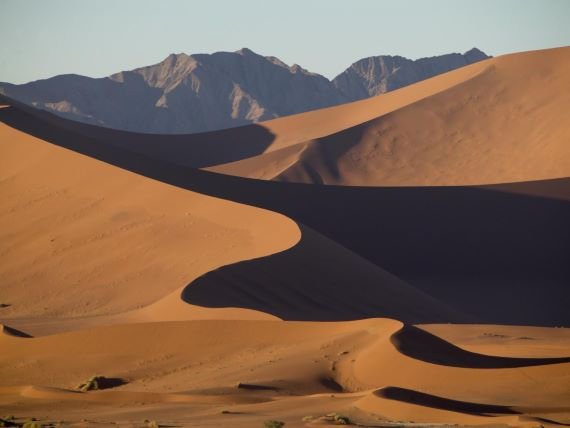 Such strange sounds, commonly called the “singing sands” or the "Song of Dunes," have been reported for centuries from such far flung places as North and South America, Africa, Asia, the British Isles, the Arabian Peninsula and the Hawaiian Islands, and the cultures of these regions all have their own legends and myths surrounding them. For the Arabs it was caused by the desert spirits called Jinn, but the sounds have variously been attributed to lost underground cities, ghosts, gods, demons, mythical animals, or even the Devil. It was the explorer Philby who was one of the first to suggest a scientific rationale for it, noticing that the sounds he had heard coincided with a shower of sand falling from where one of his guides was sitting. He then noticed that the sand would produce a variety of different noises such as barks, groans, musical booming, or the sounds of a trombone or great organ when the sand was intentionally disturbed with various objects, and he suggested that there was some quality to the sand itself that allowed it to create these sounds when subjected to friction. As to what the exact mechanism was, he did not know, and in fact scientists are still not quite sure what causes it.

These singing sands come in many forms. In dunes they typically sound like a rumbling, groaning, humming, or booming sound that can last up to 15 minutes and reach up to 105 decibels, often heard over great distances. The sounds can come in a wide variety of forms, including booms, crackling, hums, moans, drums, thunder, foghorns or the drone of low-flying propeller aircraft. The sounds happen almost exclusively from crescent-shaped dunes called barchans and are accompanied by wind passing over or someone walking along the crest. The singing sands can also be seen at some beaches, where walking over the sand or disturbing it in some way will produce a singing, squeaking, whistling, or screaming noise. In both dunes and on beaches, the variety of sounds can differ wildly, as can the range of frequencies they are emitted at, and there can be notable differences from location to location, but no one is quite sure what exactly causes it. 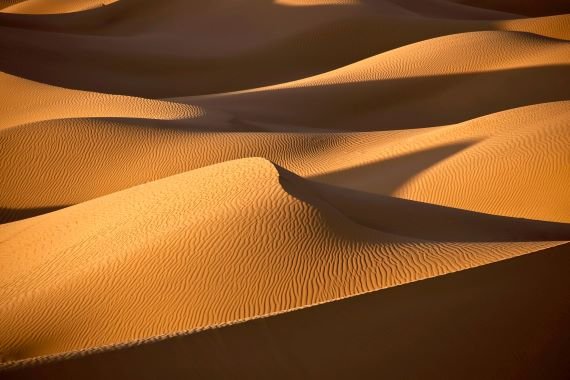 One idea is that it is caused by friction between granules of sand colliding into each other in great numbers, and that the size, texture, and uniformity of the grains determine the type of sound and volume produced. Another theory is that it is the result of sound waves bouncing back and forth between the surface of the dune and the surface of the moist layer. Other ideas are that it is caused by the compression of air between grains of sands, or due to what is called sand shear, which is the movement of one layer of sand against another, but in the end no one really knows what causes the sounds or why they should vary so wildly in both the type of sound and their intensity. It is also not known the exact conditions needed for the phenomenon to occur in the first place. Indeed, it is very rare in nature, with only 35 locations known around the world that have these singing sands. Ultimately, although this phenomenon has been a part of the folklore, myth and legends of various cultures for thousands of years, we still have no more an idea of what causes it now than we did then, and it remains a puzzling unsolved natural oddity.

Strange and Bizarre Aliens That Were Only Ever Seen Once