Lauren Colvin Thompson was by all accounts a perfectly normal mother of three living a content family life in Rockhill, Texas. She never made a fuss, had no real issues with any of her neighbors, no known enemies, yet on January 10, 2019 she would become the center of a rather mysterious chain of events. On this day, a call was received by her mother, with Lauren sounding panicked on the other end asking to speak to her children, but they were not home. Lauren then breathlessly told her mother to tell her children and husband that she was sorry, before hanging up. At 2:24 P.M., just 20 minutes after that strange call to her mother, Lauren called 911, sounding “disoriented and confused.” Lauren told the operator that she was in a wooded area and that someone was chasing her, made very evident by the clear sound of the woman running and brush crackling as she did so. The operator was able to keep her on the line while police pinged her location, but the phone battery died, cutting the call short. This would be the last time anyone spoke to Lauren Thompson, and her case would become one of the more baffling vanishings of recent years.

Police were able to extrapolate Lauren’s position through data obtained from the harrowing call, and soon found her car mired in mud in a ditch just west of Rockhill, off FM 1794, but there was no sign of Lauren, despite an extensive sweep of the area. In the meantime, authorities contacted anyone who had seen or been with her that day, and found a friend who had been out fishing with her at the Sabrine River that day. This friend would make the whole case even odder when he explained how they had been driving home when Lauren had suddenly run the car off the road into that ditch. He then claimed that when he had got out and told her that he would walk back to town and get his car, Lauren had suddenly and inexplicable panicked and gone bolting into the woods. He had no idea why she would do this, and described her as acting perfectly normal before the car had gone off the road.

An intense search was launched by authorities using helicopters, ground crews in off road vehicles, drones, and tracker dogs, scouring a total of 9,000 acres, but were unable to find any sign of the missing woman other than a single shoe sitting in the forest with no footprints around it. Making the search more difficult was that much of the area was heavily flooded at the time, meaning that some areas could not be properly searched until the flooding dried out. As the search continued, Lauren’s bank account and credit card remained untouched, and there were no further call records from her phone. She had just vanished into thin air, and theories began to swirl. One idea was that the car had actually been run off the road by another vehicle, as some paint was found from another car on her vehicle, but this could have come from anywhere and the unnamed friend she had been with has denied this. In fact, his idea was that she had done it intentionally. Another thought was that she might have chosen to run away and start a new life, but police doubted this because she had deeply loved her children and had had no family troubles. She could have also gotten lost out in the woods, but this still doesn’t explain why she suddenly crashed the car and then went running out into the woods in the first place.

It is all rather odd, and making a bit stranger is the reluctance of law enforcement to pursue the angle of foul play due to lack of evidence to this effect. If it was foul play, then by who? The friend that she was with has never been considered a suspect, Lauren had no known enemies, and it still doesn’t explain her sudden flight into the forest for no apparent reason. The mysterious 911 phone call certainly seems to point to perhaps foul play, but the meaning of this call can’t really be discerned, and she could have been having some sort of mental breakdown. Curiously, her mother would later claim that she thought she had heard a man’s voice in the background of the call to her, but this can’t be confirmed, and it is all made murkier since authorities seem to be reluctant to release the actual 911 call tape or transcript. The Sherriff has said of this: 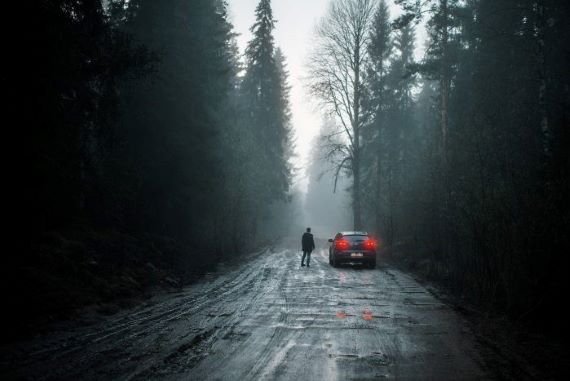 Of course, the more conspiratorial minded do not buy this at all. There has been speculation that everything from gunshots or an attacker’s voice to Bigfoot and UFOs are on that tape, something which authorities have strongly denied. Indeed, the general lack of forthcoming evidence released by authorities has stoked the flames of all kinds of wild rumors, and this has created tons of bizarre leads and tips that have led nowhere, as well as plenty of conspiracy theories, further muddying the waters. Joey Ortega, who is a private investigator hired by Lauren’s family, has said of the rumors, leads, and conspiracies:

But a lot of times in a lot of these cases where there’s sort of a lot of speculation and rumor and other stuff, I feel like sometimes it’s clear that law enforcement sometimes can have a hand in preventing that too by not always holding everything close to the vest too, letting some information out to allow people to understand what law enforcement is doing. There are some aspects of the investigation you want to sort of keep under the vest and not put out there to the world, again crime isn’t a reality show here, but again they work for the public. They answer to the public and most important they answer to the family. As we’re working to sort of re-order the chaos and try to bring a new continuity to our conversations and a steady flow of information, just making sure it goes both ways and making them feel OK to sort of give us a bit more than what was given before. That’s been a bit of a challenge, but at the same time it hasn’t been fruitless. Baseless theories and speculation pushed this chaos to places where it need not be.

This all does little to actually solve the case, which has been stuck in a quagmire of mysteries and baffling clues. There is no solid explanation as to why she was running through the forest in a panic, who was supposedly chasing her, or why she would, as her friend claims, run the car off the road and suddenly run off into the night. Was this some sort of psychotic break, the result of drug use, foul play, or something else? Why won't the police release any more information? There are no answers, and in the meantime, Lauren Thompson remains missing.