Located on the New England Highway in northern New South Wales, Australia, about 250 miles north of Sydney, is the rural township of Guyra. It is perched high on a volcanic uplift of the Northern Tablelands, and in fact the town is one of the highest in Australia at 4,364 feet above sea level, and is known for being one of the coldest places to live in Australia, comparatively speaking. It is a quaint place full of natural beauty, but not a place where a whole lot typically happens, yet this would change in December of 1999, when a mysterious object fell from the sky to smash right into the local water dam. So would begin a mystery that would cause hysteria in this small town, and which has not ever been concretely explained.

On December 8, a local council employee was carrying out routine maintenance work at the Guyra Water Supply Dam when he noticed an unusual sight. There was a crater at least 6 feet across and area of reeds measuring 50 feet by 20 feet that had been flattened in a semi-circular pattern, as if something had plunged down from the sky to smash into the ground there right at the edge of the dam. When police were notified, it would turn out that locals had been calling in actual sightings of an object coming down, described as a “green light” that had caused a loud boom about 30 seconds after being sighted. However, rather oddly, space agencies and meteorological experts and authorities in Canberra had no record of a meteorite or space junk coming down in the area at that time. No one had a clue what it could have possibly been, but just to be safe, authorities quickly moved to shut down the water supply and carry out an investigation. It was quickly found that radiation levels in the vicinity were normal, but in the absence of any more information the water supply was cut while divers got to work to check out the bottom.

As this was going on, the incident was hitting the news in a major way, featured prominently on all of the major television networks, radio stations and newspapers. Newspapers were covered with sensationalist headlines such as “There's an alien in Guyra's drink!”, “Guyra hit by mystery flying object,” “UFO splashdown - Divers search dam for mystery object,” “Does Guyra Have a UFO in its Dam?” and others like these. Such headlines stirred up much intense interest, with people flooding into the normally quiet town in droves and rumors going around that a UFO had crashed at the dam. It was a minor hysteria and the theories were flying, with some saying that it was a meteorite or space junk, while others said it was aliens, and this captured the attention of the Australian UFO Research Network, who contacted the RAAF base at Amberley Ipswich. One of the team’s researchers, Martin Studer, would say of this:

I spoke to office staff at Amberley RAAF and they told me they had heard it wasn't a meteorite, that it was an object of some kind. It was funny they were having a laugh with me saying maybe it was a space ship, ha! I was told that people have been sent to measure radiation. I was asked to hold the line and they would transfer me to someone who could help me with my inquiry. I got transferred to the, RAAF base at William Town NSW. The police divers are in the lake looking for what may have landed. William's Town RAAF are waiting for the Police to report back before moving. It was still not clear what had come down, it could have been space junk or meteorite or a plane.

In the meantime, police divers were searching the water, and they found a subterranean cavern or tunnel, which was suspected to have been caused by the object drilling deep into the ground, but at first the object itself could not be located. Over several days of searches, the water was found to not be contaminated, and there were some mysterious fragments found on the bottom, but whatever the mystery object was, it could not be retrieved because it was speculated to have buried itself about 13 feet down into the soft granite down in the earth. The official cause of the impact was now being seen as a meteorite, which was thought to have been about the size of a grapefruit, but there were no further efforts to retrieve it. The General Manager of the Guyra Shire Council, Geoff Brooks, dismissed any talk of trying to actually dig up the object, saying:

Bearing in mind its location in the dam, I think it's unlikely that Council will commit any more resources to it. Certainly it's difficult to get to and it causes a fair bit of disruption to the water supply. So I think it will actually remain one of life's marvelous mysteries. 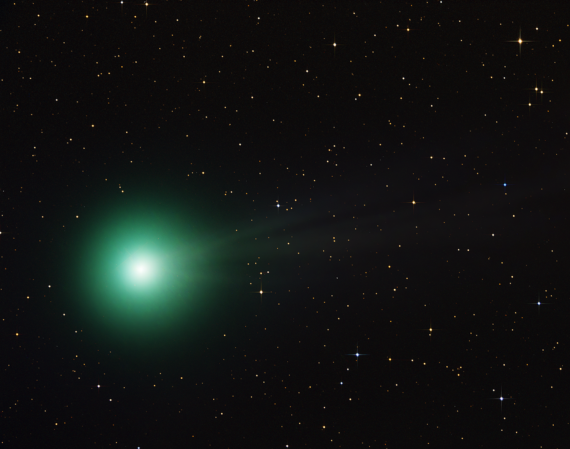 As far as officials were concerned, that was that. It was a meteorite, pure and simple, move along. However, this was not known for sure, and no object had been produced to prove that it had been a meteorite, so conspiracies were going around that officials were trying to cover up what had really gone down, with accusations that the object actually had been dug up and whisked off, and that it was no meteorite but rather a UFO. This was further fueled by the fact that the RAAF base contacted by the Australian UFO Research Network had quite clearly stated that it had not been a meteorite. Things got even more mysterious when two researchers from Phenomena Research Australia (PRA) by the names of John Auchettl and Ron Barnett went to investigate, who also speculated that it might have been a meteorite, but also found some odd details that did not fit into this theory. Auchettl would say:

We did find the site interesting. Normally, we would not travel to such sites, but the information sent to us from DoD warranted a look. So yes, the impact has some strange aspects to it that need to be looked at. For example, the angle of entry to the dam was very shallow less than 45 degrees. The surface has burn marks; this is very unusual for a meteorite impact. I had a good look at the reeds on the bank. They are down in a strange shape not quite like an explosion but have the characteristics of a compression wave. The mud splash is also interesting as it lets us know how much energy was in the impact but the sting in the tail, with this impact, is on the other side [bank], the object may have skipped on the water. There was no witness to the impact.

Indeed, one of the problems is that no one seems to have seen the actual impact, making it hard to tell just what came down to earth here. Also making things more difficult are the discrepancies in some of the reports from eyewitnesses. For instance, some witnesses mentioned a green glow or light before the object apparently came down, while others said it was blue, and some witnesses described a loud boom like an explosion, while others made no mention of a sound. It all makes for a compelling mystery, and while the official explanation is that this was nothing more than a crashed meteorite, there are plenty of people who think it could have been something far more mysterious. What came down at the Guyra Dam that day and what happened to it? We may never know for sure.

The Serpo UFO Documents: Not a True Story, But Something Even More Intriguing