Tiny Black Hole is the Closest One to Earth Ever Discovered

When it comes to black holes, does size really matter? Would you be afraid if astronomers discovered one of the tiniest black holes ever? Would you change your mind if they told you it was also the closest black hole to the Earth ever found? How close? Ah, all of sudden, size DOES matter!

Tharindu Jayasinghe is a doctoral student in astronomy at The Ohio State University and part of a team of researchers looking for tiny black holes – a new class of black holes discovered in 2019 at The Ohio State University. They were scanning data on a red giant star in the constellation Monoceros – so named because it resembles the mythical steed – when they noticed something was causing the light from the red giant to periodically change in intensity and appearance. The changes were so drastic that they signaled the orbiting object was massive enough to change its shape – a phenomenon called tidal distortion – but not large enough to block it completely from view. Knowing what they know at OSU about tiny black holes, they suspected (and hoped) that’s what was circling the red giant.

“When we looked at the data, this black hole – the Unicorn – just popped out.”

The data showed a black hole a mere three times the mass of our Sun that was distorting its companion into a football shape – how appropriate for Ohio State! Even better, it’s only 1,500 light years from Earth – giving the researchers a double-black-hole-score for the closest and nearly the tiniest ever found. They nicknamed it the Unicorn because of its uniqueness and location in the constellation Monoceros (Latin for unicorn) and their study was accepted for publication in the journal Monthly Notices of the Royal Astronomical Society.

“What we've done here is come up with a new way to search for black holes, but we've also potentially identified one of the first of a new class of low-mass black holes that astronomers hadn't previously known about. The masses of things tell us about their formation and evolution, and they tell us about their nature."

As Todd Thompson, a professor of astronomy at The Ohio State University, study co-author and lead author of the 2019 study announcing the discovery of tiny black holes, pointed out in 2019, The Ohio State University has become a leader in finding them with the KELT (Kilodegree Extremely Little Telescope) system -- developed by an OSU graduate student – and the ASAS-SN (All-Sky Automated Survey for Supernovae), which is run out of Ohio State. They’ve done so well in finding them, they’re now becoming the leader in mapping them. 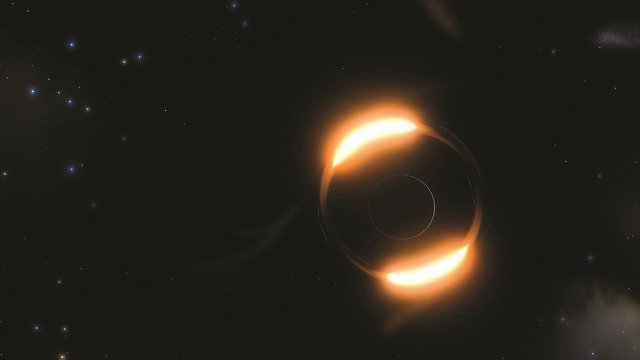 "I think the field is pushing toward this, to really map out how many low-mass, how many intermediate-mass and how many high-mass black holes there are, because every time you find one it gives you a clue about which stars collapse, which explode and which are in between."

The Ohio State University – from football to astronomy powerhouse. Make room in the trophy case.

The Mystery of the Heart Attack Gun