While UFO enthusiasts in the U.S. are applauding the few tidbits coming out from government authorities on sightings by military or commercial pilots, Canadian commercial pilots have been logging them for years in a public database that is searchable in a variety of ways and accessible to anyone with a computer, time and interest. That description fits Vice.com, which recently dug into the data and found many close encounters of the commercial aircraft kind that makes one wonder if Canada is just more open about UFO sightings or if the Great White North is hotspot for aliens looking for beer, polar bears and hockey games. Let’s take a look at a few of the most interesting recent ones.

CADORS (Civil Aviation Daily Occurrence Reporting System) is the Canadian national ATS (Airline Technical Support) safety data reporting system which collects information about operational occurrences within the Canadian National Civil Air Transportation System. Reporting by pilots is mandatory, but details of the occurrences are often brief and leave out details that come up in subsequent investigations. 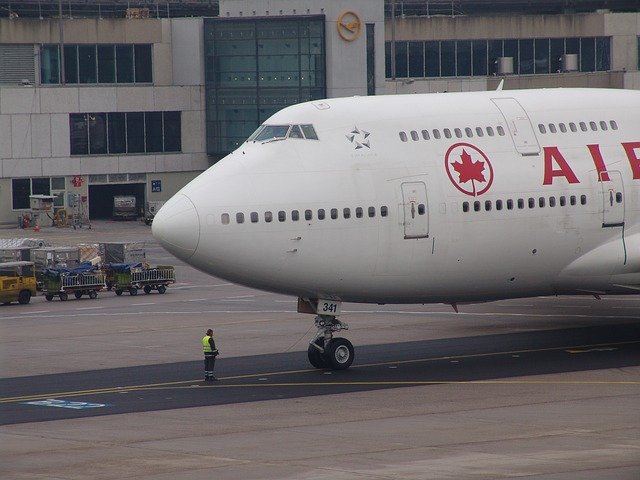 Nonetheless, it’s an excellent starting point for incidents like the one on January 6, 2019, when the crew of the medical transporter Vanguard Air Care reported “an inexplicable bright light followed them… at the same altitude and speed” over northern Manitoba and “no aircraft were reported in their vicinity.” Civilian air traffic controllers alerted the 21 Aerospace Control and Warning Squadron Air Force unit at the CFB North Bay military base in northeastern Ontario. Their investigation was reported to the Government of Canada, the Royal Canadian Air Force (RCAF), and NORAD (part of their responsibility area). That report shows the incident occurred in the Mystery Lake region (coincidence?) near Thompson, Manitoba, and the analysis was “another A/C” (aircraft). The end result is disappointing UFO-wise, but this shows that the Canadian government has a UFO investigation department that works with their military and that of the U.S. … a department that seems to be thorough and somewhat open to the public.

Another interesting encounter occurred on April 30, 2018, when a Kalitta Charters Boeing 747 cargo flight flying over the Northwest Territories reported “an object flying sporadically, estimated at (60 to 80 thousand feet) and moving at Mach 4” – a speed that exceeds the capability of the Lockheed SR-71 Blackbird. Vice.com notes that the CADORS report wasn’t filed for a year-and-a-half and, while it doubted the crew’s judgement of the speed, could not identify the speedy object.

One that made the Canadian news happened on November 14, 2016, over Lake Ontario when a Porter Airlines Dash 8-400 turboprop dove to avoid hitting an unidentified object that “appeared to be solid… and shaped like an upright doughnut or inner tube.” Two flight attendants were injured so the incident was reported by the Toronto Star and other media outlets, forcing the Transportation Safety Board (TSB) to investigate. According to CADORS, it found the object was “approximately 5 to 8 feet in diameter” and implied that the pilot could have just flown past it but chose instead to override the autopilot and take a nosedive evasive action. Vice.com notes that TSB never did identify the object.

More incidents such as these can be found by searching the CADORS database. The amount of unusual events makes clear that there’s unexplained stuff going on in Canadian airspace where thousands of passengers fly (at least until the pandemic) every day – and that means the same thing is occurring in the U.S. UFO investigator Chris Rutkowski told Vice.com that everyone, not just UFO enthusiasts, should be concerned about this. Former Royal Canadian Air Force pilot John “Jock” Williams plainly states the frustration everyone outside of the military or the government has when looking into these events:

“Any aviator who goes through the trouble of reporting something like this deserves to have it investigated. I don’t see that happening in Canada.”

Nor the U.S. … yet. Kudos to Vice.com for bringing this and many other ‘mysterious lights’ to light.

The CIA Once Investigated Odd Allegations About This Famous Cryptozoologist