UFOs: A Hoax Gone Wrong or Something Sinister?

June 21, 1947 was the date of one of the most mysterious and widely-debated incidents in UFO lore. A man named Harold Dahl, his young son, and several men were shocked and amazed by the sight of a veritable squadron of circular UFOs, with holes around the sides, flying over the waters of Maury Island, Puget Sound, Washington State. Five of the craft seemed to be moving in a smooth fashion at roughly 2,000-feet. That certainly couldn’t be said of one of them: it was clearly, and dangerously, out of control. That was made even more obvious when that particular craft suddenly plummeted to a height of around barely 700-feet. This was not a good sign. It was practically an omen. The rest of the mysterious aerial vehicles skillfully maneuvered out of the way, except for just one craft: it proceeded to "touch" the malfunctioning one, as things were described at the time. That didn’t seem to help. The craft then started to “spew forth” a huge amount of material – and showered down a mass of weird debris into the water. Some of it was an extremely thin, light metal. Other material, black in color, was boiling hot – something that was made clear when the wreckage hit the water and instantly caused a huge amount of steam to violently billow and bubble all around. Very unfortunately, the Dahl’s family dog was killed by some of the material as it slammed not just into the water, but onto the family’s boat, also.

A shocked Dahl quickly contacted his boss and friend, Fred Crisman; he was a man who had links to U.S. intelligence, and who wasted no time in gathering up as much of the material as possible. With Crisman and his son helping too, it wasn’t long before a sizeable amount of the material was on the boat and in their collective hands. Seeing the potential dollar-value in the story, Crisman contacted Ray Palmer. He was the publisher of Amazing Stories magazine. Crisman wondered if he, Palmer, might be interested in having an article written on what had happened - something that led a number of UFO researchers to wonder if Crisman had conjured up an elaborate hoax. Certain events that continued to grow quickly suggested it wasn’t a fabrication. First and foremost, the U.S. military was soon on the scene to scoop up the material. Specifically, the two involved were Captain William Lee Davidson and First Lieutenant Frank Mercer Brown. The pair was acting on the orders of General Nathan Twining, a key figure in the U.S. military’s early investigations into Flying Saucers. Those orders were never fulfilled. How can you fulfill orders when you’re dead? 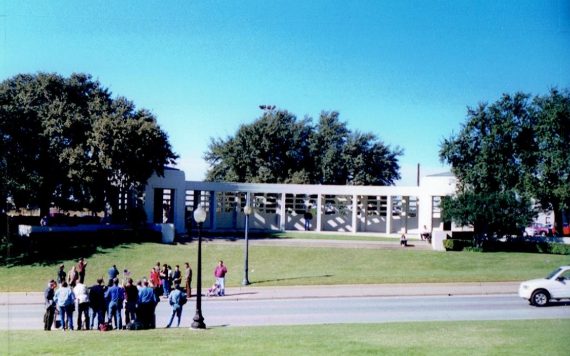 The legendary Grassy Knoll, Dallas where JFK was shot and killed on November 22, 1963 (Nick Redfern)

Brown and Davidson flew into the area - from Hamilton Field, California – with not a problem in sight, at all. They collected as much of that weird debris as they could and took to the skies. On the way back, however, the absolute unthinkable happened. Their planned destination was Wright Field, Ohio (today, known as Wright-Patterson Air Force Base). A team was to be ready and waiting at the other end to take hold of that mass of curious material. The two hadn’t been in the skies for long, however, when malfunctions kicked in. Severe malfunctions. To the extent that the plane plummeted to the ground, killing them in a fiery nightmare. The wreckage mysteriously vanished. There is an afterword, I must stress. And what an afterword it is.

While Harold Dahl largely fell into obscurity afterwards, the same cannot be said for Fred Crisman. He became a prominent figure within the Kennedy assassination. Indeed, in 1968, when District Attorney Jim Garrison was at the height of his investigation of JFK’s death, Crisman was subpoenaed by Garrison himself. Garrison had it in his mind that Crisman wasn’t just a minor figure in the death of the president. For Garrison, Crisman was quite possibly one of the assassins at Dealey Plaza, Dallas on November 22, 1963. Garrison was sure Crisman was poised and ready to go on the fateful day, but in the guise of one of three "hoboes" – as they were described - seen lurking around the Grassy Knoll when JFK was shot. To be sure, the whole saga is one of high-strangeness. And that's putting it mildly.