When Investigating a UFO Case Can Turn Sinister…VERY Sinister

Today, I'm going to share with you a story of very strange proportions; it's a story that in some respects is downright sinister. It revolves around my 2005 book, Body Snatchers in the Desert. Published by Simon & Schuster, it was a book focused on the Roswell affair of July 1947. Whereas most ufologists were sure (or hoped and prayed) that the legendary incident involved aliens, my book suggested that the Roswell controversy had nothing to do with aliens, but everything to do with secret military experiments using human guinea-pigs in high-altitude flights in the skies of New Mexico. Some of those same people were Japanese, others were handicapped. The story that came to me by more than a few military old-timers was that Roswell was just one of several such balloon-based experiments that went catastrophically wrong - and that led to the legend of the "UFO crash." When the key issues of the story began to reach me, things started to get weird. In fact, very strange. Surreal, too. With that said, now let's get to the next part of the story.

Virtually all of the research was completed for Body Snatchers in the Desert by the end of 2003, and the first seven or eight months of 2004 were spent writing the manuscript for Simon & Schuster. Only days after I mailed a copy of the Word document to the publisher – yes, back then, publishing houses still wanted a paper copy, as well an emailed attachment – it quite literally vanished, overnight, from the offices of S&S in New York. Josh Martino and Patrick Huyghe, who both worked on the editing of the book, were perplexed – and more than a little disturbed and concerned, too. Patrick, I recall, made a joke about it now being in the lowest-levels of the National Security Agency. He may not have been too wide of the mark. June 21, 2005 was the official publication date of Body Snatchers in the Desert, something that added even more weirdness to the story I'm sharing with you today. Coincidentally or something more, June 21, 2005 was also the very same day upon which a high-level meeting of a group known as the Nazi War Criminal Records Interagency Working Group (IWG) was held at the National Archives, Maryland.

In attendance were representatives of the CIA, the FBI, the Department of State, the Department of Justice’s Office of Special Investigations, the National Security Council, and the Office of the Secretary of Defense. Some friends in the UFO research field privately suggested to me something weird: that the date issue amounted to a deliberate action by shadowy individuals in the intelligence community who were engaged in some grand scheme; a scheme that was beyond the scope and full understanding of those outside of the Roswell loop. The subject of the IWG meeting was notable: nothing less than a discussion to determine how many official files still existed on Japanese war crimes that were carried out during the Second World War. Much of the focus was on what was called Unit 731 and its terrible, insanity-filled experiments on people. A large portion of all this was directed towards the extent to which the still-existing Unit 731 papers could be found and declassified. Much of my Roswell book was focused on Japanese prisoners and Unit 731. 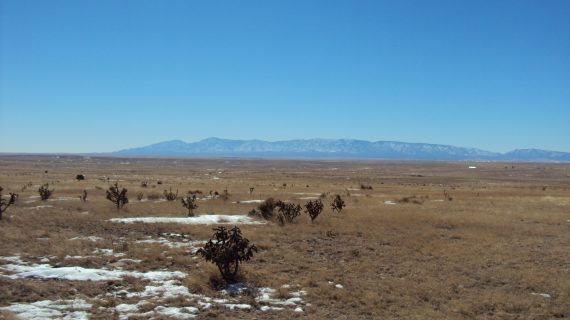 It was, to be sure, a weird time. It got weirder: on the very same day that I began the publicity campaign to promote my book, certain, identical matters were being discussed by representatives of some of the most powerful and secret agencies in the United States. Things got even more surreal when, only one day later, I received a "Private Caller" phone call from a representative of the IWG. She expressed a great deal of interest in Body Snatchers in the Desert - and in what I had to say about Unit 731 in my book. I asked the woman how she knew of the book. In matter-of-fact style, she told me she had searched online, and my book popped up – which made perfect sense, given the publication date of the book and the countless references within its pages to Unit 731. I outlined for her the Roswell story as it was told to me, she listened carefully, asked a few questions about names, sources, places and dates, and then thanked me and said her goodbyes. There was, however, another strange aspect to the conversation. Just before hanging up, the woman casually announced that several of her colleagues had read my book several weeks earlier. This was, however, pretty much impossible, as the book didn’t surface until June 21, only twenty-four hours before her call. Kindle wasn’t introduced until November 2007 – so they could not have gotten a downloadable version of the book before the paperback hit the stands.

I found it very intriguing that the woman brought that matter up - almost in a baiting/goading fashion - knowing that I would be wondering how the IWG knew of the contents of the book before it had even surfaced. I did wonder if what her colleagues had access to was not the published book, but, instead, the Word document that went walkabout from Simon & Schuster’s offices one mysterious night in 2004. See what I mean about how getting involved in certain UFO cases can plunge you into strange and sinister situations? You do now!