A woman had a nightmare about a secret door hidden behind a mirror in her Waxahachie, Texas, salon and it actually came true. The woman’s daughter, named Miranda, posted videos on TikTok that showed the mirror being removed and tearing a hole in the wall, revealing the hidden door. They also discovered that a room in the salon was probably part of an “old elevator shaft” that was once used in the hotel.

As for the secret door, they were unable to open it because of a concrete wall blocking it from the other side. Miranda’s mother did dream that on the other side of it there were a bunch of dead bodies, so let’s hope that part of her nightmare doesn’t come true. (Several pictures of the door behind the mirror can be seen here.)

So, what’s on the other side of the door? As it turns out, a haunted hotel is located there. Is it just me or does this sound like the plot to a horror movie? The secret door leads to the Rogers Hotel which has a long history of paranormal activity.

Constructed back in 1912 (the first hotel was built in 1856 but was destroyed by a fire), the Rogers Hotel was a well-known location where several celebrities stayed at such as Frank Sinatra as well as professional baseball players who were in town for spring training. Interestingly, Bonnie and Clyde were also said to have stayed there.

There are countless reports of hauntings at the hotel with one of the most well-known stories being that a previous owner of the hotel was looking for the maintenance man and when he finally found him, he was locked in his room and refused to leave. The man told the owner that someone had knocked on his door the previous night which was strange since nobody would have been at the hotel because it was being renovated. When he opened the door, he saw a man dressed in clothing from another time period (perhaps a cowboy) who told the maintenance worker that bad things had happened in the basement. He then disappeared which caused the worker to lock himself in his room and quit his job the following day.

Speaking of the basement, when the hotel was rebuilt in 1912, they put a pool down there where the owner’s daughter tragically drowned. Visitors to the hotel have seen unexplained puddles of water and have even witnessed the ghost of a little girl. The ghostly child has been known to turn the lights and the radio off and on, as well as riding the elevators. In fact, sometimes when people are on the elevator, they will end up in the basement even when they hit buttons to other floors. 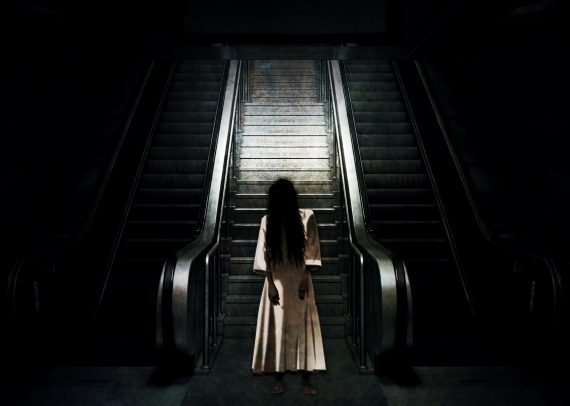 Other paranormal activity includes staff members and visitors hearing unexplained footsteps, disembodied voices, and seeing apparitions, specifically on the fourth floor. Others have heard the door handles shaking when nobody was on the other side.

That’s definitely one creepy location, so Miranda’s mother should probably be thankful that there’s a concrete wall between the hotel and the salon.