When it comes to weird cults, you could do a lot worse than the Stella Maris Gnostic Church. Based in South America, specifically Cartagena, Colombia, it was founded in 1989 by a man named Rodolfo Perez, who brought over several members of the Universal Christian Gnostic Movement to help him kickstart his project. Shortly after its formation, the cult began to make a name for itself as being rather odd, to say the least. It quickly gained a reputation as a doomsday cult, pronouncing that there was a great cataclysm awaiting mankind, and they made it all even weirder by proclaiming that the only way to escape this fate was to be whisked away by aliens from outer space. This would lead to a strange mass vanishing surrounded by talk of odd beliefs, brainwashing, and aliens.

Over the years there would be many reports to the police from concerned family members who worried that their loved ones had been completely brainwashed by the enigmatic and charismatic cult leader Rogelio Perea, who went through great lengths to make sure his members severed all ties with the outside world, and viewing material existence as flawed or evil. At the time, there was a lot in the news about this mysterious group, and through it all they became ever more obsessed with the idea that the cataclysm was upon us, and that they had to make preparations to leave aboard a spaceship, with the similarities with the infamous Heaven’s Gate Cult not lost on anyone at all. Specifically, the Stella Maris Gnostic Church believed that exactly 140,000 of the faithful from the world's population would be saved by aliens during the doomsday, and the rest would perish.

In June of 1999 there was reported a good amount of activity from the cult’s compound in Cartegena, as if they were getting ready for something big. There was much speculation on what this could be, but it was hard to ascertain anything, as the members had mostly cut all ties with their families and the outside world in general. However, some rumors began to creep out when some of the family members reported sporadic contact with their brainwashed loved ones, which hinted that the cult was preparing to head out into the wilderness to await their promised salvation from the stars. One woman with a daughter in the cult would say:

The two leaders told my daughter Liliana that she was God's chosen one and made her change her name to Stella Maris to brainwash her. She was convinced she was going to make contact with flying saucers. My daughter told me she had to leave because a cataclysm was going to occur and that she had to go to a high place to meet extraterrestrials who would save them from the end of the world. The leader of the group told them the world was going to end in August and that they had to go to meet some aliens. She was convinced that cosmic beings were coming to save a chosen few from some big catastrophe. I couldn't stop her.

The group made preparations and their official statement was that they were going on an annual retreat near San Pedro, Colombia, in the Sierra Nevada mountains, yet the leaked accounts pointed to them on a mission to actually go meet aliens in the wilderness, in an area well-known for its intense UFO activity. One day in July of 1999, a group of around 60 cult members, in some reports up to 100, many of them comprising whole families, reportedly headed off into the dim wilderness, abandoning their facility in the process. After that it seems like the entire group then just vanished off the face of the earth. A search of the entire region turned up no sign of them, and a sweep of their facility showed it to be eerily devoid of any answers, sitting there untouched as if someone would come home at any moment. There would be no further contact to their families and friends they had left behind. 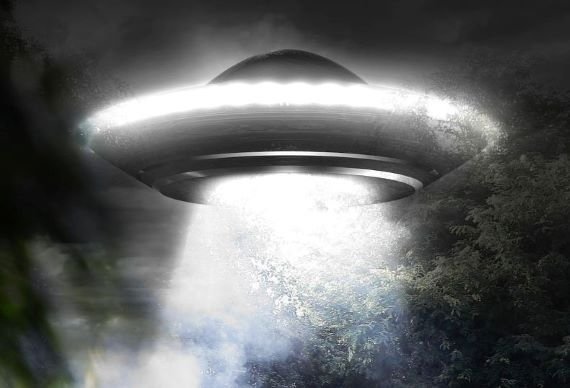 Theories as to what happened to them would fly. Many thought they had gone off to commit a mass suicide much like the Heaven’s Gate cult, but there were found no bodies. Another was that they had simply gotten lost in the wilderness, but again no sign of them was found. They may also have been kidnapped in a region where kidnappings for ransoms are common, but no one ever came forward with a ransom demand. Even more sinister is the far-out idea that they actually managed to succeed in being whisked away by the aliens they so fervently believed in. As all of this speculation went on, some members of the cult did emerge to claim that they were not involved with UFOs, yet the 60 to 100 people remained missing. It is hard to know what happened after this, as the news on the matter has dried up and there are some who even claim it might have been a hoax and that it never happened at all. We do know it made the news at the time, but then it curiously sort of went away, the vanishing of 60 men, women, and children sort of quietly brushed under the carpet. What happened to these people? No one seems to really know, and it is a tragic and obscure oddity.