Alien Implants and the Strange Abduction of Tim Cullen

The alien abduction phenomenon is already inherently strange. Here we have cases of people who claim to have been whisked away by non-human entities from space, or perhaps somewhere else, who have come back with bizarre tales of being examined, studied, and operated upon. One of the weirder areas of the phenomenon is what are called "implants," in which these entities have hidden within the abductee's body some sort of metal chip or device for reasons unknown. There have been quite a few cases that have featured this weird aspect, and one of the strangest and most high-profile of alien implants comes from a humble construction worker who one day went on a drive, only to be plagued by alien forces and discover an unexplained implant within his arm.

It all began with a premonition. On April 2, 1978, a cement contractor from Yuma, Colorado by the name of Tim Cullen woke from a terrifying nightmare. In it, he had been involved in a terrible car accident along a lonely stretch of highway, and it had been so vivid and realistic that he could see every detail of the landscape around him as the accident played out. It was so real, in fact, that he was startled and not a little relieved to be back in his own bed, but the images from the bad dream still flickered through his mind. Indeed, memories of that nightmare would often intrude upon his waking hours, like some ominous portent of doom, until a week later, when it would turn out to have perhaps been a glimpse into the future. 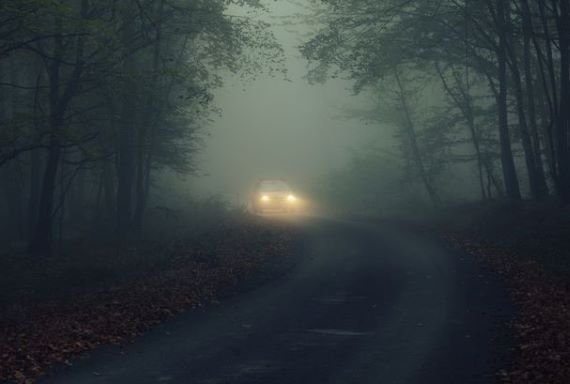 On April 9, Cullen was driving with his friend, Ken Ruberg, along Highway 34 when he was hit by a sudden realization that this was the same stretch of road from his nightmare a week before. It was so shocking in its clarity and sense of foreboding that he immediately thought about stopping the car and turning back, but it was too late. Even as he panicked at this scene from his nightmare, the car went out of control and rolled five times before coming to a stop, leaving him unable to move and with a severely injured neck. Ruberg had somehow escaped injury and helped his friend out of the vehicle before waving down a passing vehicle and getting Cullen to a hospital, where it was found that he had fractured his neck. He was put under sedation and underwent surgery, during which he had another vivid dream, this time of a strange light in the sky hovering over his car as he and his wife looked on in amazement. Things would only get stranger from there.

On May 30, 1978, Cullen went to the hospital to have a check-up done on his neck, which was still wrapped in a brace. The doctor’s visit went smoothly and they headed back home along a lonely stretch of Highway 59 through expanses of hayfields and grassland as far as the eye could see. As they drove, at around 11 pm he again was hit by a jolt of familiarity, a sort of déjà vu, as he had lived through this moment before in the dream he had had at the hospital under sedation. He was convinced that the dream, like that of the accident, was a premonition, and instinctively looked around for the light that he had seen. At first there was only darkness, and then an illuminated object bloomed up from behind a low hill, passed right in front of their car, and then once again dipped below the hill. Cullen would say of what happened:

It went out a ways, alongside, and as I brought the car down to a stop, it came back toward us a bit. I backed the car up, and the UFO went out to the west of us. It came in under the power and telephone lines and hovered over a pasture. It was about a hundred foot long and twenty foot wide, and about ten foot high. It didn’t make any noise. There were two diffused lights that shone at the back of the craft, one a light yellow, and the other red. We couldn’t see very good. We sat there and stared at it for a while. After we looked at the two lights for a few minutes I turned to my wife and told her we might as well go on to town. Now, when I think about it, when I turned and started driving, I did have an odd feeling, but it didn’t really register with me. I remember coming back to Yuma, but not looking at a clock. I was kind of shocked by the whole thing. I didn’t really think of looking at a clock. 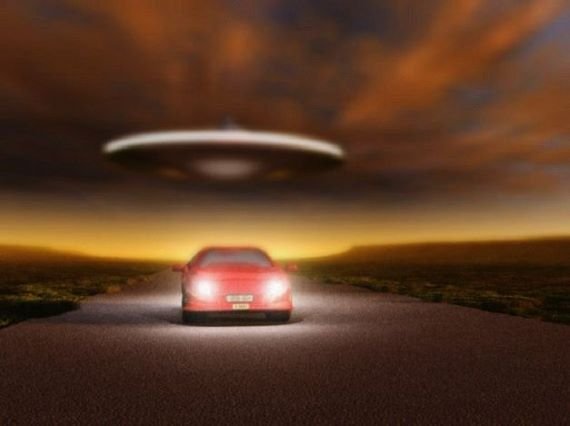 He would only later realize that he and his wife had experienced missing time that night, but didn’t really give it much thought at the time. Things would get even odder when several years later, in 1980, Cullen had another encounter with a similar craft with “two diffused yellow lights” at exactly the same spot on Highway 59, and this would not even be the end of his UFO experiences. In 1994 he was driving with his wife and three daughters about 40 miles south of Yuma when they all witnessed a dimly lit craft with blue and white lights hover over the road right in front of them. They stopped the car and watched in for around 10 minutes before it headed off into the night to leave them dumbstruck. This is all very weird, but he would not put it all together in his head until 1998, when an accident at work would send him further down the rabbit hole.

On this day, Cullen was at work when he smashed his thumb with a hammer. Thinking his finger to be broken or at the very least dislocated, he went to see a Dr. Mark Hubner at the Yuma Clinic and get an x-ray done. After the procedure, Hubner was a bit puzzled, because it seemed as if there was a piece of metal in Cullen’s arm. It should not have been there, as Cullen had never had any sort of surgery to that effect on his arm, making him just as confused as the doctor. That was when it all hit him at once, the accident, the lost time, the subsequent UFO sightings, it all came crashing back to him, and he was convinced that it all had something to do with that thing in his arm. He would say of this:

I knew then what had happened. I knew it was an alien implant from that first encounter in 1978. There was lost time that night. I have to assume I was abducted. In a short span of time in 1978 it was revealed to me that we are not the only intelligent life in the universe, and it was also proven to me that God is with us always, without a doubt. The events that have happened to me over the past twenty-seven years have had an enormous effect on my life and what I believe. 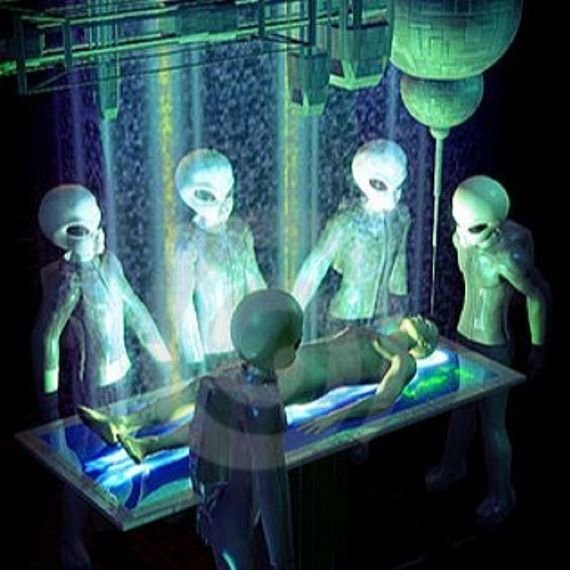 Cullen could not remember any actual abduction, assuming that his memory had been wiped, but he was sure of it. Desperate for answers, Cullen reached out to the UFO community and managed to get put in touch with a Dr. Roger K. Leir in California, who had made a name for himself as being a sort of expert on alleged alien implants and had removed them from several patients. After a year of correspondence, Cullen made a trip out to a medical facility in Thousand Oaks, California, in order to undergo surgery to remove the strange object in his arm, and it would be the 9th such procedure that Leir would carry out. The surgical team, which included Leir and a Dr. John D, Matrisciano, managed to remove a tiny metal shard measuring about 7 millimeters long and 4 millimeters wide and with an array of long proceptors on one end that were reportedly attached to the nerve endings. The whole of it was apparently covered in a reddish-brown membrane, thought to be for the purpose of preventing rejection by the body. According to Dr. Leir, the implant was due to be analyzed, saying of it:

The implant has been turned over to DIGITAL INSTRUMENTS, here in California for complete analysis. It seems the more we investigate and learn, the more questions we have. Digital Instruments has technology to measure and analyze matter, 10 atoms at a time. We are researching both the biological and metallurgical aspects of Tim’s implant. Again, the more knowledge gained, the more we need to know. 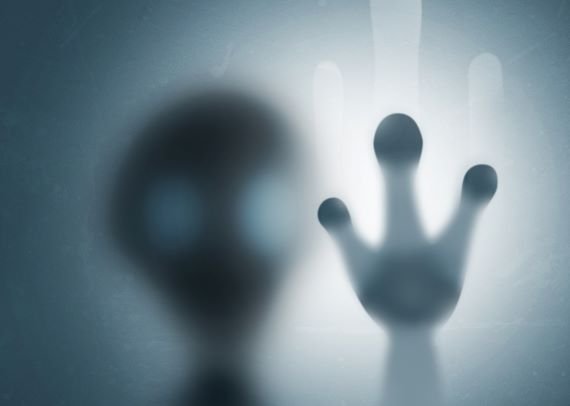 It is unclear what results this analysis uncovered, and in the meantime, Cullen has become a bit of a champion for other alleged alien abductees who have had implants put into them. He is remarkable in being so outspoken on the matter, and that he has allowed his real name to be used where so many others like him have preferred to remain anonymous. He has said of his drive to get his story out there and raise awareness of alien implants:

This could be a huge medical breakthrough for doctors who want to use biological, metal, or implants of other materials, in their patients. I feel that the American public must learn of this situation, I feel that the membrane needs to be analyzed and developed, in the public domain, as quickly as possible. It is a given that it can hide metal in deep tissue, did it in my body for 20 years. We owe it to ourselves and our children, etc., to do what properly and morally needs to be done. Several prestigious labs have chemically broken down the make-up of the membrane. With the proper research, funded by large pharmaceutical companies, human body rejection of such implants could save many lives in the future. I’m coming forward because someone has to put a face to the alien stories, and cause more people to come forward. The more people we can find with implants, the more evidence we’re going to have. We can study things a lot more and get things done; get rid of the stigma around it. The truth needs to come out!

As to why these aliens seemed to have been following him around and shown an interest to begin with, Cullen has mused that they were interested in his psychic ability, which is what had originally allowed him to foresee the initial crash. According to him, the aliens are curious as to what produces these abilities in humans, and so the implant was put there to monitor this latent ability within him. In the meantime, it is not clear what has become of Cullen's implant since then, or what the results of the analysis were, and we are left to wonder just what is going on here. What happened to him out on that lonely road? Were these inscrutable forces studying him for reasons we may never understand? What happened to that implant and why was it put there? Is there anything to this at all? It is unsure what the answers may be, but the case of Tim Cullen has become one of the more standout tales of the greater phenomenon that is the mystery of alien implants.