Bigfoot, UFOs, and High Strangeness at the “Monsterland” of Massachusetts

Sprawled out over 4,246 acres in the U.S. state of Massachusetts is the Leominster State Forest, near the towns of Leominster, Fitchburg, Princeton, Sterling, and Westminster. The park is known for its extensive trails, making it popular for hikers, as well as for its abundant wildlife and numerous ponds, attracting many visitors coming to enjoy the great outdoors. However, in addition to the pristine wilderness, the area has over the years become a wellspring of reports of UFOs, Bigfoot, and high strangeness.

Much of the strange phenomena reported from here revolve around a forested area of South Leominster, sitting within the Leominster State Forest the near Old Mill Bridge and Jungle Road, which has gained the rather apt nickname of “Monsterland.” According to local historian and Leominster native Ronny Le Blanc, the area has been a hotspot of Bigfoot sightings going back all the way to 1884, with early settlers even complaining that the creatures would attack and kill livestock. The stories really picked up in the 1950s, and Le Blanc has said of this:

What I started noticing is that there was a lot of activities and stories in and around Leominster State Forest, which connects to Monsterland through the powerlines. A lot of the locals that grew up here used to call it 'Monstah-land.' It goes back to the ‘50s and there was a gentleman that supposedly disappeared after seeing a strange creature by Old Mill Road. There is one story in particular of a man, back in the 1950s, who was in the area of Old Mill Road, and had an encounter with something unexplained. He drove to where Miranda’s Pub on Lancaster Street is now, and told the bartender there to call the cops. He saw something in the woods there that frightened him. He waited for a while, and when the police didn’t show up quickly, he told the bartender that he was going back to the little bridge and see if he could find this creature again, and kill it. When the police showed up, they were sent to the area, and all they found was the guy’s car, with the headlights on and the door open, and no sign of the man. Rumor has it the man was never seen again. I’ve done some digging and there’s no missing person from that time period that really matches up with it, but that’s where the legend started. There are people who’ve said they’ve seen something, others say they’ve had things thrown at them while they’ve been out there. It is just fascinating to me that it is right here in town, and so many stories from way back are still being talked about.

Le Blanc has had his own encounters with the unexplained in the area as well, beginning from when he was just 12 years old. He says of his first initiation into the world of the weird here:

Before they put Samoset Middle School there, there was a bunch of tracks that would connect to Monsterland that would go to the sand dunes where people would go partying and people had reported seeing strange things, UFOs, shadow people, strange beings, balls of light, you name it. There was one particular track I always used to avoid. It always had a very dark, ominous feeling to it. It would be a beautiful day, and you look down this thing and it looked dark. There were two trees on either side. It just felt like this prehistoric gate welcoming me into this place. I start going down this trail with my bike and I just could hear the bike squeaking and I noticed there are no other sounds in the forest. Nothing. The trail just had a feeling to it. So I was there, and all of a sudden I realized there was no sound, no animal or bird life, just these two huge trees and were like a doorway. There was no life there at all. I was standing there with my feet on the ground, and all of a sudden, the quiet turned into a loud noise. At that moment, something crashed through the woods right in front of me and I could feel it reverberating in the soles of my feet. To me it sounded like an elephant crashing in the woods right near me.  It was pushing trees and shrubs, went across the trail and onto the other side. But I couldn’t see anything. That’s what was disturbing. I was so scared and I couldn’t move. Once it stopped, I pedaled out of there so fast, and never went back.

Interestingly, according to Le Blanc there have been numerous reports of people similarly hearing something large crashing through the trees or even seeing the brush get pushed aside, yet been unable to see what it is causing it. Le Blanc has theorized that whatever is behind such sightings is perhaps cloaking itself or can dematerialize at will. This would perhaps point to Bigfoot being something more than a large, undiscovered biological entity, and he has said of this:

I would say Bigfoot is something that’s more interdimensional, almost spiritual-kind of a realm that has the ability to manifest itself. I started off chasing an ape, a flesh-and-blood animal and now I’m thinking it’s something else. As you dig deeper into Bigfoot, you’re start talking about cloaking and the fact that they can vanish before people’s eyes. And these stories go back hundreds of years where all of a sudden, a posse has this creature cornered and the tracks just disappear in open field, like something just came and picked it up and took it away. So all these stories start to intertwine and I started to go back and I went '(Expletive)! A lot of these people are talking about these similar encounters that I had. So there’s a belief that Bigfoot could be alien or interdimensional. And it sounds crazy, like something in science fiction, but when you think about it, we have this preconceived notion that an alien has to be gray or green. People have seen Bigfoot holding an orb. They look like a basketball with plasma swirling around and they’re silent. I’ve just seen them hovering over the sky and just blink out and disappear. There are a lot of different theories about Bigfoot but the reality is something is happening. People are seeing them. They are leaving tracks. 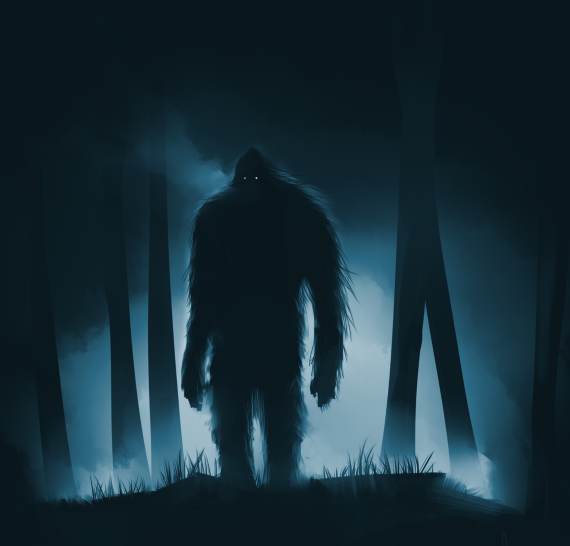 This may or may not be tied to all of the other strange phenomena reported from the area, including floating orbs of light and UFOs. Le Blanc himself has had a UFO sighting in which he saw the outline of a large creature surrounded by a halo of light, and which he believes was a Bigfoot. Apparently, in the 1960s the area experienced a huge wave of UFO sightings, which just happened to have coincided with an increase in Bigfoot sightings as well. Le Blanc says of this:

There was a huge UFO wave in 1967 in Central Mass. People were seeing UFOs over ponds and lakes and there was a lady in Fitchburg saying there are UFOs coming out of the reservoir. When I started researching, I found out that Betty Andreasson had this thing happen down on Howard Street, in Leominster, with this ball of light hit her head and this mental telepathy and these gray aliens, and other stuff happening in the forests in Westminster and South Ashburnham. During this time, this area was also getting a wave of Bigfoot sightings and reports from the state police.

There have also been ghosts and even a spectral white bear seen in the area, as well as numerous reports of hikers experiencing mysterious bouts of disorientation or missing time, and it is all enough to make one wonder just what is going on here. Is there some unknown quality of “Monsterland” that causes these strange phenomena to gravitate towards it? Some believe that it is perhaps the result of energy lines running through, or perhaps the presence of a “thin spot” between different dimensions, with one Susan McNeill Spuhler, the six-year organizer of the Greater New England UFO Conference, commenting on the area: 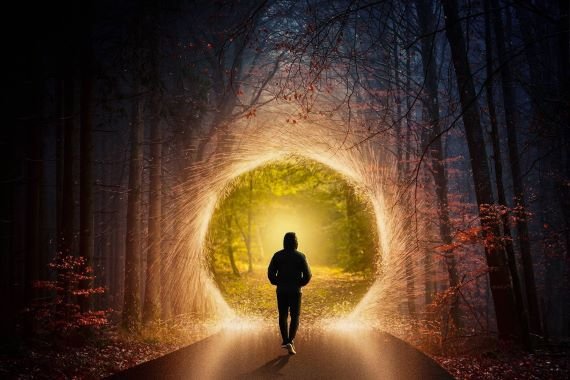 Le Blanc himself has no idea why, even suggesting that we are not meant to know, and has in the meantime managed to raise quite a bit of awareness about the paranormal aspects of the area. He has written two books on the weirdness of Leominster State Forest, called Monsterland: Encounter with UFOs, Big Foot and Orange Orbs and its sequel, Monsterland: Encounters with Shamans, Sasquatch, Synchronicity and High Strangeness, and he has also appeared on the Travel Channel series, Expedition Bigfoot, Finding Bigfoot, and In Search of Monsters. What is going on at this place? Are there forces beyond our understanding converging here to create a maelstrom of weirdness? Perhaps portals and tunnels off into the unknown? Or is this just legend and myth? Who knows? Whatever the case may be, it certainly seems to be a place with its share of strangeness, and looks to be a locations to keep an eye on.

Electromagnetic Pulse Weapons and Nuclear Nightmares: From Fiction to Fact