Did anything good come from the world’s first nuclear bomb test? Up until now most people would say “no,” but scientists studying the materials formed within that massive blast of heat may disagree after finding an unusual crystal that is brand new to science – because it’s ‘impossible’ in the world of crystals. Will it protect us against future nuclear blasts?

“This article reports the discovery of a heretofore unknown icosahedral quasicrystal created by the detonation of the first nuclear device at Alamogordo, NM, on 16 July 1945 (the Trinity test). Like all quasicrystals, the new example violates crystallographic symmetry rules that apply to ordinary (periodic) crystals. It was found in a sample of red trinitite, a combination of glass fused from natural sand and anthropogenic copper from transmission lines used during the test.” 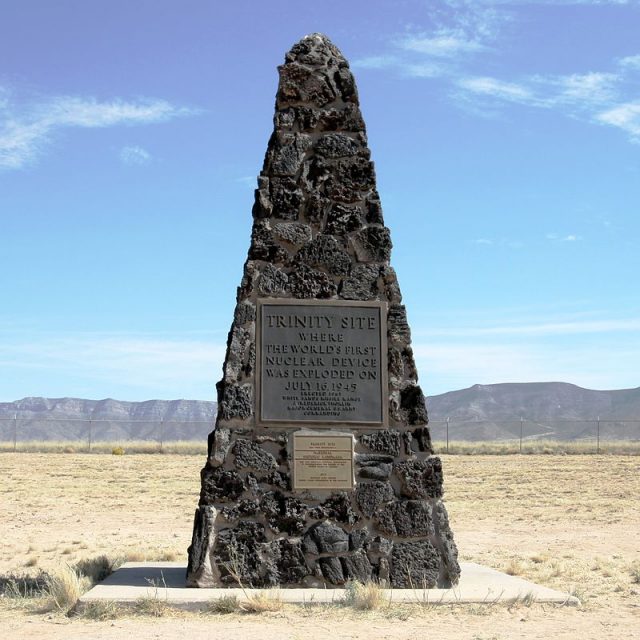 In the latest edition of the journal Proceedings of the National Academy of Sciences (PNAS), the scientists who discovered it explain how the first nuclear detonation at the Trinity site in New Mexico formed a quasicrystal – a crystal that is ordered but not periodic. Classic crystals have a precisely symmetrical ordering of atoms in periodic patterns that repeat over and over in a 3D lattice, while each cell in a quasicrystal is different from the next one rather than repeating in an identical pattern. Israeli physicist Daniel Shechtman first noticed this impossible crystallography pattern in 1982, eventually turning his research into a 2011 Nobel Prize in Chemistry. The first known naturally occurring quasicrystals were found by Princeton physicist Paul Steinhardt in a meteorite which fell in Russia. In 2016, Caltech’s Paul Asimow determined that the quasicrystal was formed from the shock of the meteorite colliding with others in the asteroid belt. All of this prepared the researchers for identifying the quasicrystal formed by the first nuclear bomb.

In the aftermath of the Trinity test, researchers found a vast field of greenish glassy material that had formed from the liquefaction of desert sand and named it trinitite after the site. The plutonium bomb had been detonated on top of a 100-foot tower loaded with sensors and cables which also melted into the liquified mess, with the copper giving some of the trinitite a red color. Nature.com points out that quasicrystals often form from elements that would not normally combine, so Paul Steinhardt went looking through the greenish materials formed by the blast for red trinitite in hopes of finding quasicrystals. (Color photo here.) 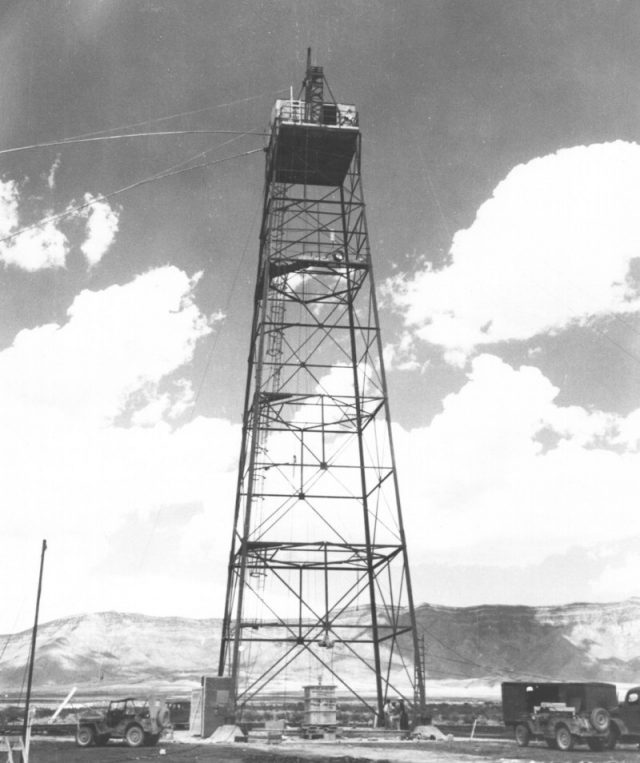 “Over the course of ten months, we were slicing and dicing, looking at all sorts of minerals. Finally, we found a tiny grain.”

Steinhardt explains in the study that the quasicrystal has the same kind of structure as Shechtman’s original one. The unusual combination of elements in the red trinitite quasicrystal included silicon, which could only occur in a nuclear shockwave. Is this a big deal? Fernando Guevara thinks so, as he explains in another recent paper.

"[Quasicrystals] have been shown to be stiffer than similar periodic or disordered materials. They can also conduct electricity or scatter waves in ways that are different from crystals. Crucially, with this method, we can create quasiperiodic materials that are either 2D or 3D and that can have essentially any of the common quasiperiodic symmetries by choosing how we arrange the ultrasound transducers and how we drive them.”

In other words, ‘impossible’ quasicrystals have a lot of applications – the press release for the 2011 Nobel Prize in Chemistry says quasicrystals can “reinforce the material like armor” – and they can be made without a nuclear blast.

So, quasicrystals are one good thing that came out of the first nuclear bomb test. That doesn’t balance it out, does it?

A Fiery Tragedy and the Ghost with the Jingling Keys