First Ogopogo Sighting of 2021 in Canada

We’ve had the first crop circle sighting of 2021, and now we have the first Ogopogo sighting as the elusive British Columbia lake monster was allegedly caught on camera. However, if it wants to overtake the Loch Ness monster as the world’s top lake monster, it needs to up the appearances – Nessie is already on its second hand of sightings for 2021. Would offering an annual prize help?

"It was so freaky. I was overlooking the lake and I saw something thrashing or something in the water, and I thought 'What the heck?’ It was huge and it was black and it was moving pretty fast, and it had a wake behind it."

It was freaky, but not freaky enough that a woman in Summerland, a town on the west side of Okanagan Lake, couldn’t pull out her phone and take a photo (see it here) of whatever it was swimming across the watery realm of the Ogopogo – Canada’s most famous wannabe Nessie. Even more fortunate was the fact that the woman was hiking on a hill above Summerland’s Crescent Beach, so she had a nice high vantage point. She has lived in the area long enough to know what skeptics think she saw. 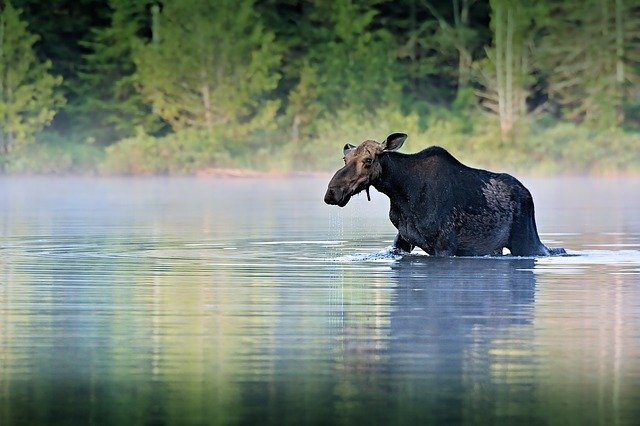 "Whatever I saw, and it was definitely aquatic, whether it was a sturgeon or not, it was huge. It was really big. It moved so fast, I knew it wasn't a moose or anything. It submerged itself, then re-emerged, pulling a wake behind it ... it then submerged itself again and disappeared."

She also knows what many locals think about Ogopogo spotters, so she asked Castanet.net to use just her first name – Andrea – in order to spare her from ridicule. While this is the first Ogopogo sighting of 2021, the creature has been making news of a different kind. There was a fight over the ownership of the name ‘Ogopogo’ as a trademark to be licensed – the city of Vernon claimed a local broadcaster bought the rights and then passed them on to the city. After a recent squabble, it gave the name to the members of the Syilx Nation.

While it seemed like the right thing to do at the time, recently Xwayluxalqs, a Syilx traditional knowledge holder and carrier of the Syilx puberty ceremony who goes by the name Tricia Manuel, announced that the Ogogopo should be referred to as nx̌ax̌aitkʷ (pronounced N-ha-ha-eet-kw), its traditional Syilx name. She explained in Indiginews.com that the “N” means inside, and “x̌a” means sacred, so “x̌ax̌a” means very sacred, and “itkʷ” means water.

“So that’s what nx̌ax̌aitkʷ means, it literally means, ‘There is a sacred being in the water.’ And that sacred being takes care of the water, and that’s not just Okanagan, but all the water systems throughout the Okanagan Nation.”

That means it should no longer be depicted or even referred to as a lake demon, a monster or a big lake serpent. While certainly a noble cause for the nx̌ax̌aitkʷ, the Ogopogo does not speak the language of Syilx – it speaks the language of money and tourism dollars, and that’s a tough monster to kill.

What about Andrea? No matter what you call it, she believes.

"There was something weird going on. I definitely will not be jumping off a boat in the middle of the lake this summer, there’s no freakin’ way!"

How do to say “freakin’” in Syilx?

A Mysterious Cursed and Haunted Murder House in Kansas