In Zimbabwe, police arrested a ghost burglar -- whose skeletal figure was all victims saw as they ran away terrified and left him to rob their homes – and identified him as a local man in a skeleton Halloween costume. He’s expected to plead guilty after his lawyer explained he doesn’t have a ghost of a chance in court.

Hybrid Air Vehicles announced the routes it will be offering in 2025 when it begins its 100-passenger Airlander 10 blimps as an environmentally-friendly but extremely slow alternative to jet travel -- Liverpool to Belfast will take over five hours; Oslo to Stockholm over six; and Seattle to Vancouver in four hours. Warning: you may be kicked off when the flight attendant tells you the price of drinks and you say, “Oh, the humanity!”

That gentle shower you’re enjoying as you attempt to block out the roar of thousands of cicadas chirping in your tree isn’t rain – experts say it’s the cicadas urinating on you as a way to scare you away so they can have sex. Make sure you spell every word correctly if you Google ‘cicadas urinating before sex.’

Scientists studying the metabolomes (molecules in a cell) of humans, chimpanzees, and macaques in muscles, kidneys and brains and found that the modern human genome undergoes a brain cell mutation which did not occur in Neanderthals, making this a key cause of modern humans evolving into a separate species. It happened in monkeys and apes 6.5 million years ago, about when they started trying to convince human ancestors to come over to the dark side.

Astrophysicist Catherine Heymans from Edinburgh University is the first woman to be named Astronomer Royal for Scotland and says she will use the title to encourage people to develop passion for science. Judges were impressed during the talent competition when she juggled three flaming telescopes while singing “When You Wish a Upon a Star.”

Researchers studying pied tamarins (Saguinus bicolor) and red-handed tamarins (Saguinus midas) in the Brazilian Amazon found the monkeys use the “accent” of another species when they enter its territory to enhance their communications, much like a British person living in the US might switch from ‘tomahto’ to ‘tomayto’. Do they get frustrated when the other species refers to an elephant’s boot as its ‘trunk’?

Wildlife officials in Colorado discovered a rare piebald squirrel in a tree near Denver which has normal brown and gray fur on its tail and belly, but white fur on its head and back. The poor creature looked tired of every other squirrel saying, “That’s nuts!” and then giggling hysterically.

From the ‘Duh’ file comes a study by The Ohio State University which found that the perception that “time flies when you’re having fun” is real, as is the perception that time drags during unpleasant activities like work or waiting for your vacation to arrive. Or reading through the report?

Solar weather forecasters warn that solar storms are back as the sun began a new 11-year cycle last year which will peak in 2025, wreaking havoc across the world’s power grids which haven’t done much to prepare for them. Not even free aluminum foil or hat-making instructions.

The world-renowned University of Sheffield archaeology department may be closed soon and that puts its extensive research on Stonehenge in jeopardy, including many unfinished projects. Are there enough fans to mount a Million Druid March on the university president's office?

Watch Out, Bigfoot! Oklahoma Bounty Now Up to $3 Million 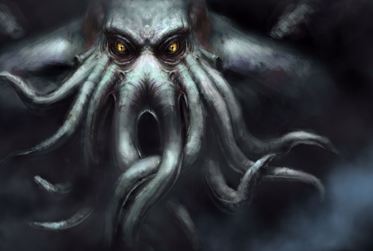