Lesser-Known UFO Hoaxes of the Controversial (and Sensational) Kind

One of the most unfortunate aspects of Ufology is that of hoaxing, whether it's doctored photographs, outrageous claims, and more. Many are known, such as the shenanigans of George Adamski and those of Gray Barker (I'll come to the latter soon). There are, however, some hoaxes that have largely gone under the radar for a long time and that aren't known to the vast majority of Ufology. The ones I'm talking about are not based around photos or claims, but documents and papers. Questionable documents have circulated in the UFO community for years - the most infamous being the original Majestic 12 papers. Since those originals are so well known, I'm going to avoid them and go onto others. I'll begin with one that surfaced in the mid-1980s in the U.K. Under situations still not clear now, what looked like a U.K. Ministry of Defense document - that was focused on the December 1980 Rendlesham Forest incident - appeared. It looked like a letter sent from one individual to another. I'll share its contents with you without interruption:

"Dear [Deleted], As you know, OSI has completed a report on the landing of a craft of unknown origin crewed by several entities near RAF Bentwaters on the night of December 29/30 1980. Interestingly, OSI reports that the entities were approximately 1 1/2 metres tall, wore what appeared to be nylon-coated pressure suits, but no helmets. Conditions on the night were misty, giving the appearance that the entities were hovering above ground level. Tape recordings were made on which the entities are heard to speak in an electronically synthesized version of English, with a strong American accent. Similar transmissions intercepted  irregularly by NSA since 1975. According to OSI, entities had claw-like hands with three digits and an opposable thumb. Despite original reports, OSI said the craft was not damaged but landed deliberately as part of a series of visits to SAC bases in USA and Europe. Reports that craft was repaired by US servicemen or was taken on to the base are not confirmed by OSI. Landing is not considered a Defence issue in view of the overt peaceful nature of the contact, but investigations by DS8 are to be continued on [Deleted] authority. Precautionary plan for counter-information at a local level involving [Deleted] and a [Deleted] is strongly recommended." 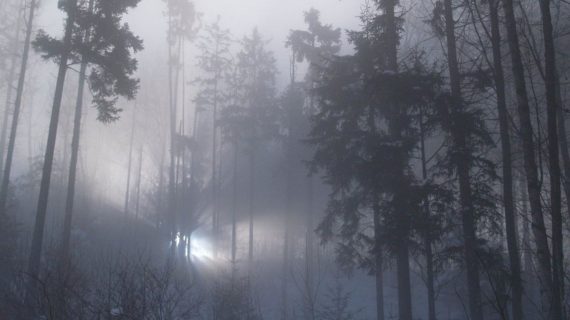 You can see a reproduction of the Rendlesham document in the 1986 book Sky Crash, written by Brenda Butler, Dot Street and Jenny Randles. The three ladies say they conclude the document is "a deliberate fake by certain parties, whose identities are strongly suspected by us." Moving on: Want to learn about an odd story that involves Robert Kennedy, UFOs and ufologist/hoaxer Gray Barker? For decades, a document has been circulating that is purported to be a letter sent to Barker from Kennedy on May 9, 1968.  It states: "Dear Readers: As you may know, I am a card carrying member of the Amalgamated Flying Saucers Association. Therefore, like many other people in our country I am interested in the phenomenon of flying saucers. It is a fascinating subject that has initiated both scientific fiction fantasies and serious scientific research. I watch with great interest all reports of unidentified flying objects, and I hope that some day we will know more about this intriguing subject. Dr. Harlow Shapley, the prominent astronomer, has stated that there is a probability that there is other life in the universe. I favor more research regarding this matter, and I hope that once and for all we can determine the true facts about flying saucers. Your magazine can stimulate much of the investigation and inquiry into this phenomenon through the publication of news and discussion of material. This can be of great help in paving the way to a knowledge of one of the fascinating subjects of our contemporary world."

It’s a nice piece of work. It looks like the real thing. Maybe it is. I should stress, though, there's an almost identical letter that was sent to a Mrs. Anne Epple in 1966. When I got more and more into the story, I couldn’t get my mind off the possibility that Barker was involved. I knew of Barker's lying, something that means we have to dismiss much of what he said or claimed. There's also the significant fact that in the 1950s Barker (along with Saucer Smear's Jim Moseley), got hold of a batch of stolen, unused U.S. government papers, most - but not all - from the Department of State. It became known as "The Straith Letter" affair. That the papers were completely unused meant that Barker, or anyone else, could have typed whatever they wished to on those blank papers. Significantly, Moseley admitted there were six or seven different kinds of documentation (with official headings) in their hands. That, however, didn't stop the Epple letter from being sold in 2012 on Ebay for $220.00.

Now, there's the matter of the death of the first U.S. Secretary of Defense, James Forrestal. Just a few days ago I wrote another article that focused, in part, on the life and death of Forrestal in 1949. For years there have been rumors that Forrestal was murdered because he was on the verge of revealing all that he knew about UFOs. True or not, there's a little-known document in circulation that suggests Forrestal was indeed taken out of circulation - and specifically because of the alien problem. The document, that surfaced in the 1990s - but that few talk about, because they don't know about it - purports to come from the Majestic 12 group. In part, the document states: "In protecting the security operations of Majestic, it has been necessary to [deleted] individuals who would compromise the intelligence efforts. While distasteful [deleted] at times the use of [deleted] measures have been executed. The untimely death of Secretary Forrestal was deemed necessary and regrettable."

It scarcely needs saying that no-one in government would blatantly put all of the above into a document and risk it falling into the hands of someone who might run to the media or to other arms of government and blow the story that way. Such a scenario is ridiculous. One of the reasons why the JFK assassination has never been solved is because whoever the culprits were, they made sure there were no smoking-guns to be found.  The "Speriglio document" that is the subject of my new book, Diary of Secrets, is , for some, seen as nothing but a hoax, while for others it's the real deal. Some are in between. As I have found out over the years, and as I note time and again in my book, trying to determine what is real and what is bogus in Ufology isn't that easy.