Like a Nuclear Phoenix, Chernobyl May Be Flaring Back to Life

If you were planning to make your first trip after the pandemic shutdown ends to Chernobyl and visit the site of the infamous nuclear power plant disaster of 1986 – you may want to call your travel agent and book a cruise instead because, despite COVID-19, that might be safer. Sensors have picked up fission reactions causing a “smoldering” in uranium fuel masses buried deep inside a reactor hall that could cause the closed plant to rise up again like a radioactive phoenix. While that may sound cool, you’d never make it back home alive to show-off your glow-in-the-dark souvenir T-shirt.

That description from Neil Hyatt, a nuclear materials chemist at the University of Sheffield, in Science magazine doesn’t sound too bad, does it? Unfortunately, this isn’t a barbecue pit – it’s what’s left of the Chernobyl Nuclear Power Plant, site of the worst nuclear disaster in history in terms of cost, casualties and lingering after-effects. Those “embers” aren’t smoldering charcoal either – they’re neutrons created by fission in an underground room the Unit Four reactor’s melted uranium fuel rods flowed into like lava before hardening into fuel-containing materials (FCMs) that are still 95% irradiated uranium. This is all under the concrete-and-steel sarcophagus called the Shelter, erected in 1987 to contain the radiation, and the massive New Safe Confinement (NSC) placed over the Shelter in 2016. The combination was supposed to snuff out all problems.

“There are many uncertainties. But we can’t rule out the possibility of [an] accident.”

During discussions last week in Ukraine about dismantling the reactor, Maxim Saveliev of the Institute for Safety Problems of Nuclear Power Plants (ISPNPP) revealed that the neutron counts are rising and no one knows why. Neil Hyatt says “It’s believable and plausible data” that points to the worst news imaginable.

“(The fear is that if) the fission reaction accelerates exponentially, (it will lead) to an uncontrolled release of nuclear energy.”

While the ISPNPP says the concrete dome will contain it (does anyone really believe that?), they would like to put the neutron embers out before it happens – perhaps with a robot holding a radioactivity snuffer. Unfortunately, getting a robot inside would involve breeching the dome – if the flare-up occurred then, it would be like lifting the cover on a flaming barbecue surrounded by wicker furniture to squirt some water in. While they try to  come up with a better plan, the ISPNPP says it will step up monitoring in two other areas where FCMs have the potential to flare up too. That’s right – there’s potential all around for more radioactive embers. 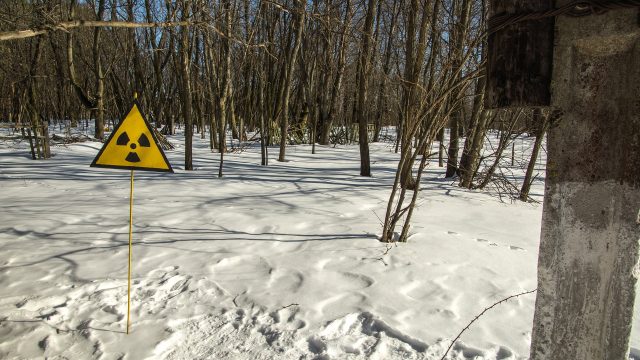 Can things get any worse? Of course they can – this is Chernobyl! Ukraine wanted to remove the FCMs and store them in a geological repository. Good luck with that ever happening now.

If you really need to be close to a power generator to relax, go sit under a windmill. Just watch out for falling bird parts. On second thought …