Liquid Water Found Inside of a 4.6-Billion-Year-Old Meteorite

In a new and very important discovery, scientists have found liquid water inside of a meteorite. Known as the Sutter’s Mill meteorite, it dates back around 4.6 billion years to the time when our Solar System was first forming. The meteorite fell to Earth in 2012 in the United States with several pieces being found close to the Sutter’s Mill gold rush site near Sacramento, California.

While we do know that water exists beyond Earth, it has never before been found in a type of meteorite called carbonaceous chondrites. But now, researchers have officially detected a tiny amount of water in the Sutter’s Mill meteorite. The fact that the carbon dioxide-rich liquid water was discovered in such an ancient meteorite may help with the theory that these types of space rocks could have contributed to our planet’s early water sources. While there are numerous theories regarding how Earth obtained its water, one of the most popular ideas is that a bunch of carbonaceous chondrite meteorites crashed down to Earth – all containing some water. 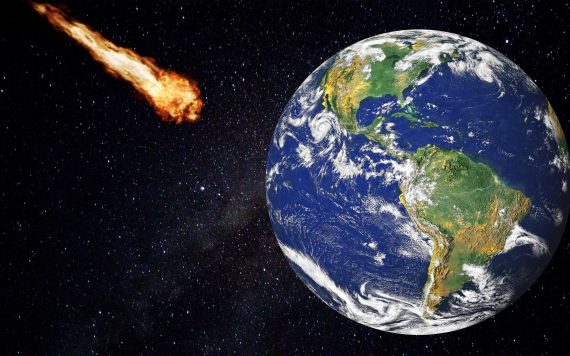 They analyzed the meteorite by using microscopy techniques and were able to see a very small calcite crystal that contained a tiny amount of liquid water that was at least 15% carbon dioxide. The fact that liquid water and carbon dioxide were found in such an ancient space rock is a significant discovery.

In an email to Space.com, Akira Tsuchiyama, who is a visiting research professor at Ritsumeikan University in Japan and an author of the study, stated that their findings “gives the direct evidence of dynamic evolution of the solar system.”

It is believed that the meteorite came from a much larger asteroid made up of frozen water and carbon dioxide. The asteroid probably formed past Jupiter’s orbit in the colder part of our Solar System.

Even though it was a very tiny amount of liquid that they found, Tsuchiyama reiterated that it still “gives the evidence for the presence of such liquid water.” Their study was published in the journal Science Advances where it can be read in full.

A picture of the Sutter’s Mill meteorite can be seen here.