The skull of a massive crocodile that roamed around Australia 8 million years ago has been discovered and analyzed. This new species, which has yet to be given an official name, belonged to the Baru genus. The skull was discovered back in 2009 at the Alcoota Fossil site and has since been examined by experts.

Adam Yates, who is the senior curator of earth sciences at the Museum and Art Gallery of the Northern Territory, explained the importance of this discovery, “This particular specimen is one of the last of its kind. It is by far the nicest and most complete skull of a Baru crocodile that's ever been found.” In fact, the skull was in such great shape that Dr. Yates said that it is going to be main specimen (or “the holotype”) for naming the new species. 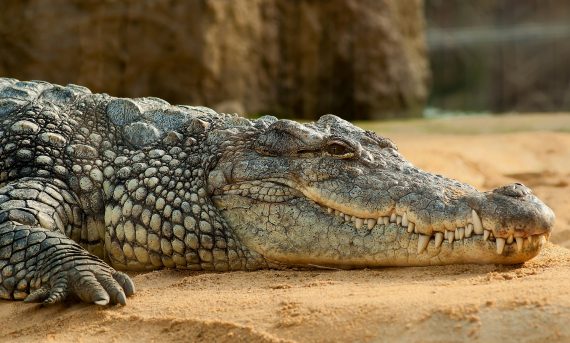 This new type of Baru was massive as it has been compared to today’s saltwater crocodiles, but it would have been a lot heavier – probably many hundreds of kilograms. And it had exceptional strength as Dr. Yates detailed, “Its really strongly built thick, heavy, deep jaws, and really massive teeth all indicate that this was a crocodile that was specialized in taking megafauna.”

While today’s crocodiles usually feast on small prey and fish, this ancient Baru preferred much bigger meals. For example, it would have dined on a Dromornis stirtoni which was a huge flightless bird that measured approximately 3 meters in height (9.8 feet) and weighed as much as 650 kilograms (1,433 pounds). Researchers were able to confirm this by finding fossils belonging to the bird that had puncture marks on its leg bones from a crocodile biting into it. Now that’s a huge meal! 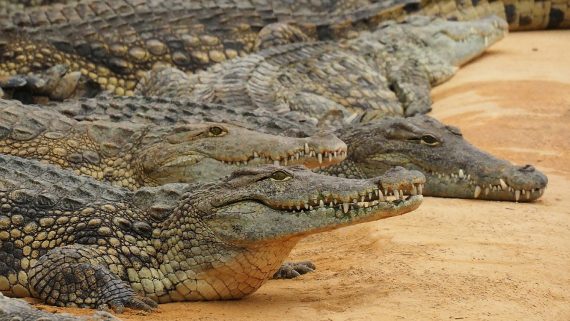 Interestingly, this new species is not related to today’s Australian crocodiles which is a little surprising since previous reports have stated that they are an ancient creature that has barely changed throughout history. Dr. Yates explained this further, “The Australian crocodiles are actually recent arrivals on the Australian continent. They belong to the genus Crocodylus, which probably has an origin in Africa.” Furthermore, he noted that it was only a few million years ago that today’s crocodiles migrated to Australia and that the original ones (like the skull they found) went extinct. (Pictures and a video of the crocodile skull can be seen here.)

It is expected that the researchers will officially reveal the name of the new Baru crocodile species sometime next year.