Jane Vespe’s tale of seeing Bigfoot begins like many others – in awe of its size. Vespe lives Highland in Ulster County, New York, which alone would make this a Bigfoot story of the interesting kind because Highland is in the Hudson Valley – home to numerous Bigfoot sightings of the good kind, according to the Bigfoot Researchers of the Hudson Valley.

"These eyes were really red, and I looked out my window and I saw it. It was scary because it was standing on my lawn, and I knew it was out there."

According to local media reports, Vespe has seen Bigfoot in her yard at least four times since January – often enough that she’s both scared and ready with her cellphone. That paid off on the last sighting on May 6, where she captured a video of what she claimed were Bigfoot’s glowing red eyes in the dark. (See it here.) If that’s not enough to push this sighting into the ‘good’ category, Jane also has photographs of what she says are Bigfoot footprints which she claims to have found in her yard. (See them here.) Then … Vespe’s encounter became interesting.

“Vespe says she frequently hears strange, loud noises at night and that the creature has carried garbage cans across her lawn, damaged a shed and often bangs on her house.”

Carried out her garbage cans! What a nice neighbor this cryptid is! OK, there’s that damaged shed thing but still … how many husbands or boyfriends or human neighbors will do that? All of this plus more photos (See them here) was enough to prompt the Bigfoot Researchers of the Hudson Valley to post the photos on their page and ask if they’re enough to convince you to believe in Bigfoot?

“The evidence is overwhelming.”

That was one comment on the BRHV Facebook page, where the organization regularly features photos, videos and results of their investigations of the many sightings in the Hudson Valley – just in the past year, hikers found what the researchers identified as Bigfoot dens, others discovered footprints with unusually large strides in the snow and one witness claims she saw a Bigfoot swinging from a tree. Gayle Beatty of BRHV has said in the past she thinks a group of them live in the area. Hudson Valley magazine listed sightings at Nuclear Lake in Pawling, Stissing Mountain in Pine Plains, Peekamoose in Ulster County, Bear Mountain in Rockland, the ice caves in Ellenville, and Greenwood Lake in Orange, and more. It should come as no surprise that New York is Number 5 on most lists of Bigfoot sightings by state and the heavily wooded Hudson Valley is a major hotspot. 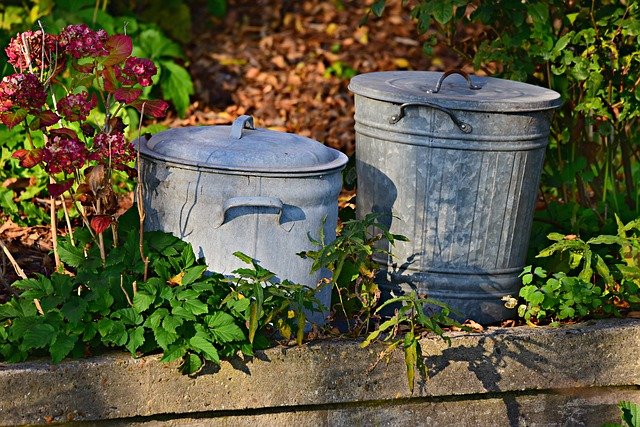 Are Vespe’s garbage-can-carrying Bigfoot reports, video and photos clever? Interesting? Good? Do they make you believe in Bigfoot, as the BRHV asks? Or do you think it's a bear? What about the glowing eyes?

Bigfoot Researchers of the Hudson Valley are good Bigfoot investigators and often keep  sighting locations secret to prevent untrained sightseers from stomping through the area – ruining the evidence and scaring away Bigfoot. However, if you’d like to see where Jane Vespe has had four sightings since January, it says she lives on Vineyard Avenue in Highland.

If you go, be nice and carry her empty garbage cans back behind the damaged shed. And don’t beat on the house so she’ll come out and take your picture. Only Bigfoot gets that.