Actor Patton Oswalt has enough geeky, nerdy credentials – creator and star of M.O.D.O.K.; actor in Agents of S.H.I.E.L.D., Dimension 404, The King of Queens; sci-fi fan and more – that you’d hope he’s had some real paranormal experiences to go along with them. It turns out he hasn’t but his father had some as military pilot. Patton revealed one of those experiences recently on Jimmy Kimmel Live!

“So he said he was on a test flight, and he saw a bunch of objects. He said they look like glowing balls of energy in like these like round metal cages, and they were keep tracking with the jets. And they were doing these turns that you couldn’t do under those G-forces and would disappear.” 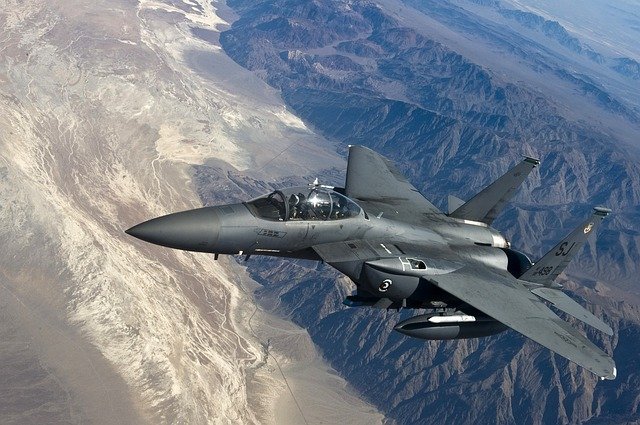 Oswalt’s dad, Larry J. Oswalt, was a career United States Marine Corps officer and pilot who named his first son after General George S. Patton – “I'm assuming with very high hopes.” Raised a military brat, he didn’t follow his father into the military but served his country in in fictional ways – as Agent Koenig on Agents of S.H.I.E.L.D., Fire Marshall Boone on Brooklyn Nine-Nine. He also helped save the country by completing his late wife Michelle McNamara’s book on the mysterious Golden State Killer, who was caught less than two months after “I'll Be Gone in the Dark” was released.

“And when he came down and talked to his base commander and said, ‘Hey, my squad saw…,’ they were in a basement, and [the people there] went, ‘Were they metal cages with like energy balls in them?’ And he goes, ‘Yeah…’ [And they said], ‘do you want to report them?’ And he’s like, ‘No, I don’t.’ And his commander went, ‘Good, fine,’ and then like walked away.”

Oswalt told Kimmel his father said he and other pilots saw UFOs “all the time” but rarely reported them because “they didn’t want to go into a crank file” or be grounded for seeing things. (Watch the entire interview here.) Oswalt doesn’t have any such qualms. The Kimmel show aired just a day after the blockbuster “60 Minutes” report on UFOs and Oswalt referred to the upcoming government report on UFOs and asked Kimmel if he knew if it was “just going to cover A.A.T.I.P. (the Advanced Aerospace Threat Identification Program) or go all the way back to Project Blue Book.” Kimmel promised “I’ll call you after the show and let you know what’s going on” … Kimmel is also a UFO nerd, having discussed them on his show with former U.S. presidents George W. Bush, Bill Clinton and Barack Obama, and then presidential candidate Hillary Clinton.

Jimmy Kimmel may have talked UFOs with presidents, but the guy this writer would like to nerd out with over UFOs would be Patton Oswalt. Let’s hope other talk shows take interest and bring him on share more of his father’s encounters.

The Bizarre Vanishing of Agnes Tulfverson