You better look towards the sky when you leave your house for the next few days as a Chinese rocket core is expected to plummet to Earth. Unfortunately, nobody knows where or when it could hit.

The first module for China’s planned space station was launched last week but it is now coming back towards Earth. The Long March 5B launched the Tianhe module and separated from the core stage 492 seconds after liftoff. The core stage, which is in Earth’s orbit, is expected to make an uncontrolled re-entry very soon and it has many people worried as it could land anywhere, even in a populated city.

According to data collected by ground-based radars that are used by the United States military to observe space objects, the 30-meter-long, 5-meter-wide Long March 5B core stage is at an altitude orbit of 170 by 372 kilometers (106 by 231 miles) and is moving at a speed of over 15,840 miles per hour (25,492 kilometers per hour). 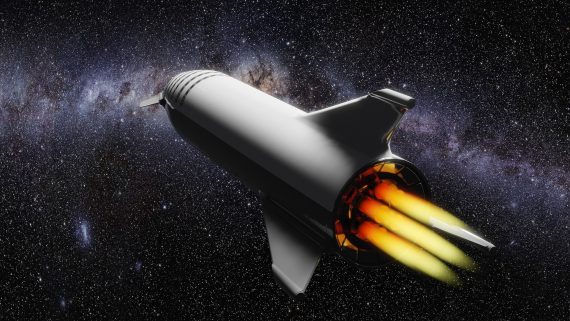 When the Long March 5B was first launched, the first stage entered Earth’s orbit but six days later, it ended up making an uncontrolled re-entry. While it landed in the Atlantic Ocean, if it would have occurred just 15 to 30 minutes prior, the debris may have hit the United States.

Because of the uncertainty of its orbit caused by Earth’s atmosphere dragging it down, it’s impossible to pinpoint the exact landing point and the time of impact of this out-of-control rocket core. It completes a full orbit around our planet approximately every 90 minutes; however, one slight change in its speed could change the impact trajectory of up to a thousand kilometers.

Since its orbital inclination is 41.5 degrees, it travels a bit further north than New York, Madrid, and Beijing, and then as far south as the southern part of Chile and Wellington, New Zealand. This means that when it re-enters Earth, it could hit between any of these locations.

While a lot of the core will burn up in the atmosphere, there is a decent chance that some of the debris will survive re-entry. It will hopefully land in the ocean or somewhere that’s not inhabited by people, but there is the possibility that it could impact a populated area.

In an interview with SpaceNews, Spaceflight observer Jonathan McDowell talked about the significance of this uncontrolled rocket core re-entering Earth, “The Long March 5B core stage is seven times more massive than the Falcon 9 second stage that caused a lot of press attention a few weeks ago when it re-entered above Seattle and dumped a couple of pressure tanks on Washington state.”

He went on to say, “Since 1990 nothing over 10 tons has been deliberately left in orbit to re-enter uncontrolled.” With that being said, it is believed that the Long March 5B core stage weighs around 21 metric tons in mass.

In the upcoming days, keep your eyes locked on the sky as you may just see a rocket core plummeting to the ground. Let’s hope that it doesn’t land where people are living and that it doesn’t cause any damage.

How One Group of Scientists Managed to Film a Live Kraken — Twice!