The Bizarre Vanishing of Agnes Tulfverson

On December 4, 1933, Agnes Tulfverson, a lawyer at a successful law firm in Chicago, Illinois, got married to a Yugoslavian Army captain by the name of Ivanovich Poderjay, who she had met on a trip to London. The two had had a whirlwind, seemingly fairy-tale romance and were planning a grand cruise to Europe for an extended honeymoon. On the day before the cruise, Agnes went shopping with a friend, after which her maid helped her pack for the trip. Agnes then withdrew $25,000 dollars from her bank and called her sister to tell her that she would be gone on her getaway for a few months and would be back by April, before boarding the S.S. Hamburg on December 20 to begin their exciting journey. Little did anyone know that this cruise was about to sail off into a dark unsolved mystery full of conspiracy, vanishings, and possibly murder.

When Agnes failed to respond to any of her sister’s letters, she became concerned and contacted authorities. Police immediately began to dig up dirt on Agnes’s new husband, finding out that he had previously conned older women out of their life savings and that he had already been married to a woman named Suzanne Marguerite Ferrand when he had married Agnes. The man was a shameless conman, an imposter who was found to have never even served in the military at all, and all of this was already sending up red flags. A little more digging turned up the fact that they had never left aboard the Hamburg as scheduled, and that Poderjay had set sail from New York alone just two days later, on December 22 aboard a vessel called the Olympic, bound for Cherbourg and then Southampton. This was all very suspicious, to say the least, so they went about interviewing as many people as they could who could shed any light on this mysterious man and his activities before and during that cruise. 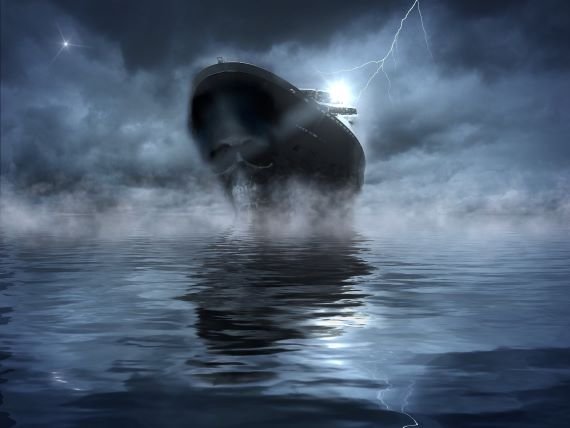 It would be found that Agnes’s maid, Eva, had seen Poderjay alone at the apartment on December 22, the day he would leave on his solo cruise, rifling through Agnes’ personal belongings. Eva claimed that when she had asked where Agnes was, he had seemed agitated and told her that “She found it necessary to go to Philadelphia,” also instructing her to burn all of Agnes’ papers before leaving. Curiously, he then told the building manager a different story that Agnes had gone ahead of him to Europe. Police also spoke to the staff aboard the Olympic and found that he had come aboard with an absurd amount of luggage for just one person, including four trunks, one of them extremely oversized, and six smaller bags. Ship crew would claim that Poderjay spent the voyage mostly locked in his room and refused to let his luggage out of his sight the entire time. Through all of this there was no sign of Agnes except for a telegram from London on January 2, 1934 to her sister, saying that she had arrived and was doing well, but to police there was something off about the whole thing.

Police were able to finally track down Poderjay in Vienna in June of 1934, and he came right out of the gate lying. He at first he denied having ever married Agnes, but he would then admit to it when shown the concrete proof of their marriage and threatened with a charge of bigamy. Poderjay then spun a tale of how Agnes had told him that she was unhappy in a love affair she had been having with a married man, to the point that she had been considering suicide, and that he had married her simply out of the noble desire to “rehabilitate her.” When asked about what had happened to Agnes after their planned honeymoon cruise, he told police, “she is probably on a world tour,” and that he had no clue as to her whereabouts. Oddly, this story would change yet again when he later told them that in fact, she had changed her identity and gone off to live in Canada. It was never really clear why they had gone their separate ways. What in the world was going on here?

Police in the United States were now trying to extradite Poderjay from Austria, but at the time Austrian authorities were unwilling to do this on a simple charge of bigamy, so it was becoming obvious that they needed something more concrete to go on. They found out that Ferrand’s ex-boyfriend had disappeared shortly after she had begun dating Poderjay, but this wasn’t evidence of anything, merely another suspicious red flag. They were beginning to suspect that the man had possibly killed Agnes at sea and thrown her into the water to get rid of the body, but there was no hard evidence at all. It was as all of this was going on that a gruesome discovery was made in June of 1934 at King's Cross railway station, London. A large steamer trunk was found, which contained a woman's torso and legs wrapped in stiff brown paper and packed into the trunk with wool. The body was of a woman perhaps in her 40s, and the head and arms, which had been roughly hacked off with a saw, were missing. No external injuries other than the saw cuts could be found, making it difficult to determine the cause of death. Since the body was estimated to have been dead for around 3 weeks, there were no local women reported as missing, Agnes' last supposed contact had been from London, and Poderjay had been travelling with an enormous trunk just like it, it was suspected that this could be related to Agnes’ disappearance. 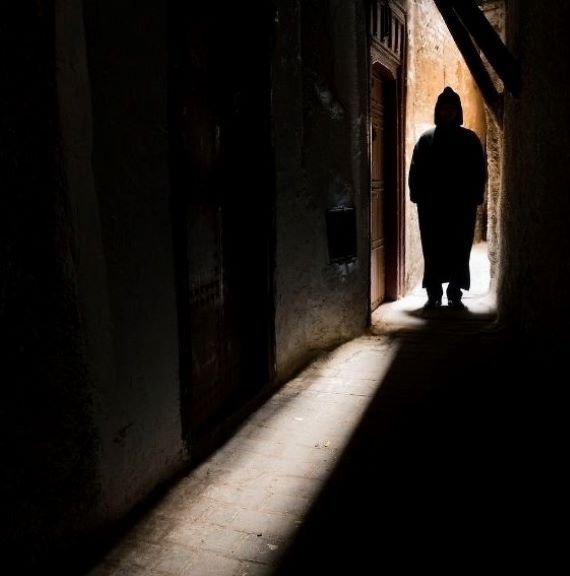 When police searched the apartment that Ferrand shared with Poderjay, they then found a box of clothes that had belonged to the missing woman, as well as Agnes’ briefcase, and Ferrand was arrested for having stolen property, but this was still not evidence of murder. Some brownish stains were found as well, but with the technology at the time they could not be proven to be bloodstains. The body found in the trunk could also not be identified with the forensic tools of the era, nor could the trunk be proven to be Poderjay’s, but police still managed to have him extradited to the United States, only to be able to charge him with nothing more than bigamy. He would only serve a short amount of time before being released to head back home to live with Ferrand, and with no body and no further evidence he was never charged with anything in connection to Agnes’ disappearance. Considering all of the incriminating circumstantial evidence against him, it would seem that he had managed to pull off the perfect crime.

It is all a very wild and convoluted ride that poses many questions. Just what happened to Agnes, who went off on a cruise with the man of her dreams and never came back? At what point did she go missing and what happened to her? Did she go off on her own without telling anyone, or was she murdered? What part did her very shifty husband have to play in it all and how was he able to come out of it all unscathed? Whatever the case may be, one thing we know for sure is that Agnes Tulfverson, nor any trace trace of her, have ever been found.

Creepy Caves and the Creatures That Lurk Within Them: The U.S. and Canada