The Charfield Rail Crash, Mysterious Unidentified Kids, and the Woman in Black

On October 13, 1928, a train carrying 60 passengers set out from Leeds, in England, on its way to Bristol on a routine night run through the rural countryside. Things were going very smoothly at first, and most people comfortably fell asleep in their seats as the train chugged along towards its destination. At around 4:28 AM most of the passengers were fast asleep as the train approached a railway station in the quiet village of Charfield, Gloucestershire, which it was scheduled to fly right on past, and although the weather was described as foggy, the visibility had been deemed good enough that a special foggy weather signal man was not required. Upon approach it was totally routine, and none of the sleeping passengers or train crew would have had any idea of the catastrophe approaching. This would be the beginning of an unsolved mystery featuring disaster, mysterious people, an unknown woman in black, and ghosts.

At the Charfield station, a 51-wagon freight train had been stopped on the same track, and was in the process of shunting backwards into a siding off the main track. This would have normally not been a problem, and indeed it was a fully scheduled stop for the freight train and normal procedure, but the train from Leeds was a full minute ahead of schedule. The signal man at the station on duty at the time realized this and turned the signal for the station to red. This was a completely routine procedure and should have caused the Leeds train to stop and wait for the green light, averting disaster, but it did not halt, indeed continuing on its way and blowing past a series of further red lights at a speed of 60 miles an hour. If the freight train had fully backed off the track and the Leeds train had arrived a minute later as scheduled, it would have just continued on to its destination where the passengers would go on with their lives. As a matter of fact, the freight train needed only about 10 more seconds before it was fully out of the way, but this was not meant to be. 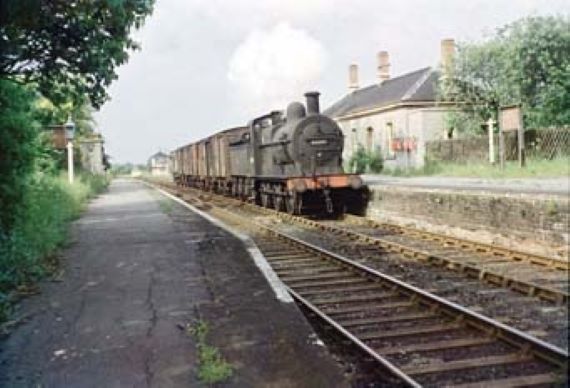 As the Leeds train entered the station, the freight train was still partly on the track, and there was a full speed collision that sent the Leeds train to go launching off the track to careen into yet another empty train that was parked on an adjacent track. To make matters worse, gas cylinders hanging beneath the train ignited to immerse it in a ball of fire as it went sliding to a stop on its side, with two of the cars telescoped together and wedged under the nearby bridge. The impact had been so great that some of the passengers had been completely propelled from the train, and the fire quickly rampaged through the cars to fill the air with a thick, choking smoke. When villagers from around the station arrived at the chaotic site to assist, a horrific scene of burning wreckage and carnage awaited them, with author Alan Hamilton saying of it all:

When the impact happened all the connections to the gas tanks ruptured and what you effectively got was a bomb. All it took was sparks from the collision, maybe fires from the engines, and the whole thing went up. The passengers at the front of the train were burnt beyond recognition. One was thrown out of the coach, over the bridge and into the road. He died in hospital. You can imagine when the rescuers began to search the wreckage they found only charred remnants. Some people described flames as high as 30 or 40 feet because of the gas cannisters. It was horrible - a lot of people were badly burnt beyond recognition. The pub was used as a hospital - they had large tables and lots of space, and also brandy for medical use.

Locals who had gathered and survivors of the crash itself would give accounts from the dire scene like something out of a horror movie. Rescuers told of people with arms or legs trapped in the twisted wreckage who had begged them to amputate the limbs to save them and other heavily burned victims who had asked to be put out of their misery. One passenger who managed to make it out had come there with his wife and sister, and one of them would not get out. He would give a chilling account of what happened, saying:

I fell into a mass of struggling people. I told my wife to jump and she did, but my sister was trapped from the waist down and it was if she was held in a vice. I heard the cries of trapped women in the next compartment, and was able to free them. My sister was crying "please free me" and I stuck at it until the flames were only two or three feet away and I had to leave her to die . . . 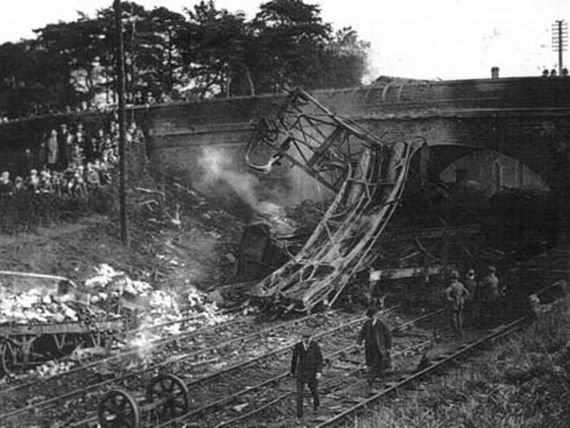 In the end, sixteen passengers had died in the nightmarish crash, most of them so badly charred that they had to be identified by family members who recognized jewelry or items on their person that had not been incinerated, and in the meantime, authorities scrambled to try and figure out just what had happened. The Leeds train was found to be in perfect working order and the conductor Henry Aldington and his fireman Frank Want, who had survived, were both of sound mind. Both men insisted that when they had been approaching the station the lights had been green, despite the fact that the signal man said that he had turned them to red. These contradictory accounts only furthered the mystery as to how this disaster had happened in the first place, as did the fact that no fog signal man had been put out in such low visibility conditions. Aldington would be found negligent and face manslaughter charges, but the trial ultimately did not proceed and he was never formally charged. To this day it is still not certain how the crash happened, but this is not even the strangest mystery surrounding the accident.

The mysteries continued. Among all of the burned dead bodies, 14 of them were identified but two oddly were not. These were the bodies of two children, a boy and a girl, aged about 5 and 12, who were burned beyond all recognition, yet no one had come to claim them and no one ever would. Considering that the crash was all over news headlines nationwide and how high profile it all was, it was seen as very odd that no one would come and claim these two children. Who had they been with? Where were their families? What was the relation between them, if any? Wouldn’t someone have realized they were missing and contact authorities? Were they runaway orphan stowaways who had picked the wrong train to hitch a free ride on? Why didn’t anyone come forward? No one knew. Despite efforts to plead with the public to come forward and identify these two young mystery victims, no one ever did, and when they were buried in a common grave at Charfield they did so nameless, their identities never known. 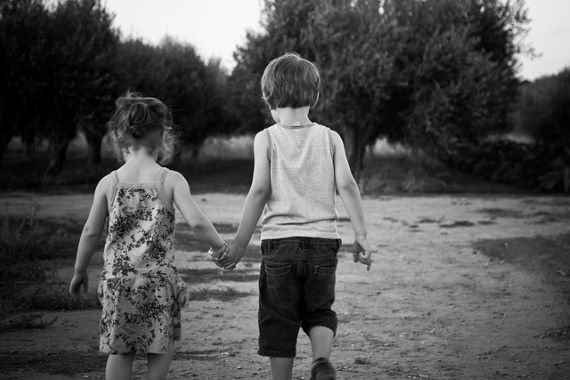 Plenty of speculation made the rounds as to who the kids might be, ranging from that they were royalty, to conversely homeless, to that they were actually the bodies of two small riding jockeys or even ventriloquist dummies. Making it all even more bizarre is that starting from 1929, a mysterious woman in a long flowing black dress and a veil obscuring her face began visiting the grave every year on the anniversary of the disaster and sometimes at other times to leave flowers there, and she did this all the way up to the late 1950s, or early 60s, never talking to anyone and only stopping her visits when the media began trying to approach her during her trips to the grave. One local resident Joe Kloiber would say of the enigmatic woman in black:

All I can tell you is that she was frail, always dressed in black, and came to the grave two or three times a year. We never saw the face because she had a veil on. The last time I saw her was sometime in the 1950's. She always arrived in a chauffeur-driven limousine, the car was not black, but I cannot remember what colour. She would put flowers on the grave and pray there. As far as I know, none ever spoke to her. She was elderly looking all those years ago, so I imagine she is dead now.

Some witnesses of her visits would even claim that she was not a person at all, but rather a ghost, with some reporting that she or even her and her car would vanish into thin air when her task was done. Interestingly, there have also even been reports that the ghosts of the kids themselves can sometimes be seen lurking around the area holding hands as if brother and sister. Who was this mystery woman and why did she keep visiting that grave? Who were these poor child victims and why were they on that train? Since they were never identified and no one ever came to claim them, and because the mystery woman was never even clearly seen, we will probably never have any answers to these questions, dooming it to remain a perplexing mystery likely to never be solved.

Creepy Caves and the Creatures That Lurk Within Them: The U.K. Cases