The Mysterious Death of the Exorcist Alfred Kunz

On March 3, 1998, 67-year-old Rev. Alfred Kunz recorded several episodes of a faith-based radio show called Our Catholic Family in Monroe, Wisconsin, along with his close friend Father Charles Fiore. When the recording had wrapped, Fiore drove Kunz back to his modest abode at the at St. Michael School in the Roman Catholic church in the quiet rural town of Dane, Wisconsin, and although the priest was described as being in low spirits, there was no particular reason to be concerned, with Fiore driving off. Little did he know that he would be the last known person to see Kunz alive. What would follow would be one of the most shocking crimes of the town's history, opening up a rabbit hole of conspiracies, nefarious dealings, secret cults, and Devil worship.

On March 4, Father Kunz was found in the hallway of the school near his modest living quarters in one of the classrooms, dead in a pool of blood at the foot of a statue of St. Michael the Archangel, his throat slit ear to ear and sporting injuries all over his body that seemed to indicate that he had been in a rather violent confrontation. The doors of the building were found to be locked, there was no sign of forced entry, and there was also no trace of who would have carried out such a horrific crime. As authorities looked into it, the case was all over the news, as this quiet town was mostly a stranger to such violence and bloodshed, until that point known for being a quaint, peaceful place where not much really ever happened at all, much less brutally murdered priests.

Authorities would look into the priest’s background looking for clues as to what the motive might have been, and they would uncover a morass of strange clues and possibly conspiracies orbiting the whole grim thing. Kunz himself had been a very old-school, conservative man of the cloth. He was known for conducting all of his masses strictly in Latin, despite the fact that this practice had been abandoned, and championing traditional Catholic beliefs, including unfortunately a disdain for homosexuals. He was a strict follower of the Ten Commandments and was an expert in canon law, giving very little leeway to anything that deviated even slightly from scripture. He had been with the parish for over 30 years, and was known as a bit of a firebrand and outspoken enemy of corruption and sexual abuse within the Catholic church, frequently filing reports related to any perceived crimes of these manners. It would also come to light that Kunz had been a firm believer in demons and exorcisms, having been involved in several secret exorcisms that had not been condoned or authorized by the church.

Police would look into this exorcist angle by contacting a close associate of Kunz’s and controversial figure within the church by the name of Malachi Martin, who shared his friend’s views of a literal Devil and demonic forces seeking to corrupt mankind. When interviewed, Martin wasted no time in asserting that Luciferians, basically Satan worshippers, were active in the church and seeking to infiltrate its ranks, even managing to penetrate the College of Cardinals. According to Martin, these Luciferians had been upset by a series of exorcisms that Kunz had carried out in the weeks leading up to his death, and had killed him as part of a ritual and an effort to make an example out of him. Martin claimed that Kunz had been telling him that he had feared his life was in danger and that he was being followed by these nefarious forces. Somewhat bolstering these claims was a ritualistic cattle mutilation that had been carried out just 15 miles from Kunz's church the day before his murder. Rather ominously, just a year later, Martin would die under mysterious circumstances when he fell from a stool in his Manhattan apartment, just 4 days after carrying out an exorcism on a 4-year-old girl. Coincidence or not? Who knows?

Besides dark Satanic forces within the church, another possibility was that Kunz had just happened to fall on the bad side of certain important people within it. It turns out that not long before his death, Kunz had been set to expose sexual abuse allegations committed by some priests within the diocese of Springfield, Illinois on March 7, just three days after his murder. Could there have been people within the church who would be interested enough in stopping this testimony that they would have had Kunz murdered? Another possible angle pursued was that this may have been a robbery gone wrong. St. Michael’s had been robbed on several occasions before, indeed, it had been robbed just a few months before Kunz’s death, and it was known that the priest had kept a stash of uncashed checks on the premises, so could someone have been onto this and looking to steal them? No one really knows for sure. 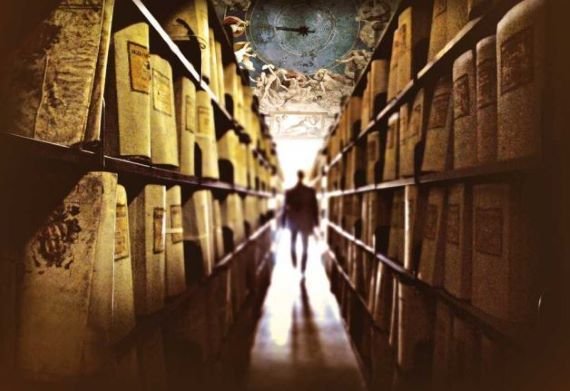 Other possibilities were looked at as well. The principal of St. Michael’s, Maureen O’Leary, had been allowed to take Kunz’s Rolex after his death, but refused to turn it over when authorities requested it, and she also claimed that Kunz had been in a heated argument with someone on the phone shortly before his death. Police were never able to pin anything on her. It was also found that Kunz had been sort of a bad boy, considering his traditional beliefs. Many women in the parish stepped forward to accuse him of sexual harassment and impropriety, so perhaps this had had a part to play? There was also a psychic by the name of Mora Smith, who had approached police with some incredibly accurate details about the crime, as well as the revelation that she had received a vision that he would be “silenced,” to the point that she was at one point considered a suspect, but there was never anything concrete to link her to the crime. Smith’s boyfriend Len Snowden was also pursued, but again there was nothing that would stick. Police even looked at the man who had found Kunz’s body, a teacher at St. Michael’s named Brian Jackson, who had been at odds with the dead priest for some time, but he was never arrested in connection with the case. Motives seem to be in no short supply for the crime, and Dane County Sheriff's Detective Kevin Hughes would say of it, “The motives are all over the place, anything from jealousy, power and control to betrayal and fear of exposure. So take your pick at this point. We just don't know yet."

What happened to the Reverend Kunz? Was this just a simple murder and robbery gone wrong? Or does it hint at dark forces lurking under the surface of the church he served so tirelessly? Could it have been other sinister forces such as Satan worshippers? Or was this something else? It certainly is all an ominous case, and one that doesn't seem to be any closer to being solved.