The Mysterious Drone Swarms of Colorado and Nebraska

The skies seem to be a wild frontier where the rules don't always apply, and in some cases this can spiral into some truly weird cases. It was mid-December of 2019, and people in the area of northeastern Colorado and western Nebraska were gearing up for Christmas and New Year’s festivities. It would have normally been a joyous time, but things were about to get very weird, indeed. People would begin reporting seeing drones buzzing about the area, and while drones are a common sight in this day and age, this was not in keeping with the norm. In this case the drones were reported as having 6-foot wingspans and 50 mph speeds, far larger and faster than your typical recreational drone, complete with blinking lights that made them an otherworldly and surreal sight, to be sure. What’s more, they would often be seen in great numbers, often up to 30 at a time, flying in formation, always at night between 6 and 10 pm. This would begin a rather strange sequence of events that has never been properly understood, with mysterious swarms of drones roving over the landscape that no one can explain. 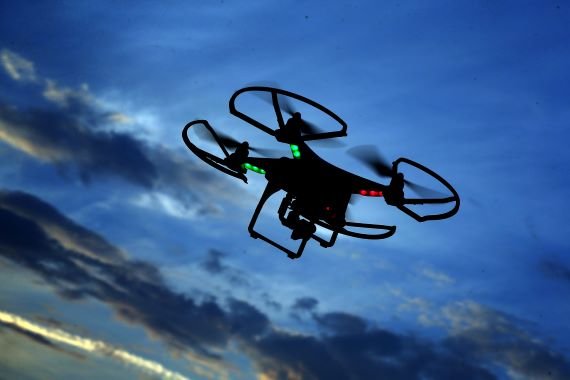 These formations of drones were seen all over the region, flying about in tight formation and often hovering over certain areas. It would usually start shortly after dusk, when the sky would then come alive with the flickering lights of these drones appearing in large numbers of between 10 and 30, flying in grid patterns at an altitude between 200–500 feet in the skies of Colorado, Nebraska, and even as far as Kansas. In each case, it was noticed that the formations seemed to be doing a methodical grid search, flying over one square, and then another, as if methodically searching for something or mapping out the area. One Colorado resident would say of the weird phenomenon, “The sky is lit up with Christmas lights basically. There's lights and things flying all over. It reminded me of something from a movie." Another resident would say of it, “They can sit there and hover. They can descend very fast. They can take off very fast. It's more unnerving than anything." FAA Administrator Steve Dickson would say of it all:

The activity reported occurs primarily between the hours of 1800 and 2200 MST and demonstrate the pattern of multiple “drones” flying a grid type pattern and remaining airborne for several hours at a time in less than optimum flying conditions (high winds and storm-like conditions). The number of drones reported operating at one range from between 2 and 16 and appear to be approximately 6 feet width and length. Flight time has been 2 to 3 hours continuous. All reports indicate flight is between 200 and 300 feet.

There would be hundreds of sightings of these drone formations pouring in, and in the meantime the Federal Aviation Administration (FAA), FBI, and local law enforcement investigated the sightings and put together a dedicated task force to try and figure out what in the world was going on. It turns out that not only was flying a drone without a waiver from the Federal Aviation Administration illegal, but some of these drones were displaying dangerous behavior. On one occasion even coming very close to helicopters in the area and posing a very real threat to airspace. The task force checked with drone companies and unmanned aircraft test sites in the area to find that none of them had any scheduled activity at the time, and the Air Force, Drug Enforcement Administration, and Army all said the drones did not belong to them. Indeed, no operator could be found to be behind any of it. There had also been no FAA waivers approved for the operation of drones in the area. As this was going on, local law enforcement was on the lookout for any sort of “command vehicle,” such as a closed box trailer with antennas or a large suspicious van, but they found nothing. 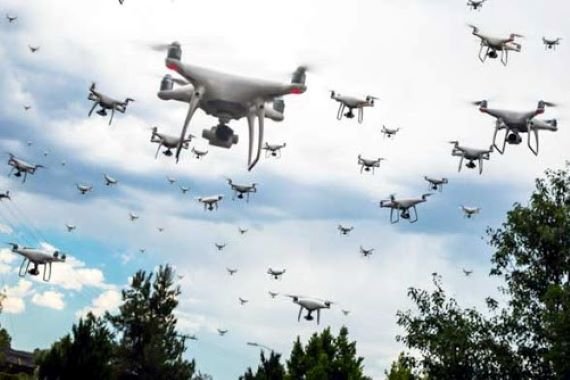 The drones did not appear to be willfully malicious, but there was much shock over the violation of airspace and much discussion as to who was operating them and from where. What was going on here? Theories on everything from the U.S. government, to drug cartels, some private company carrying out drone activities, outer space aliens, and simple mass hysteria were thrown around, but no one has taken responsibility and it remains unknown. Another question is just what were those drones doing out there in the first place. Was this just a big practical joke? Were they looking for something and if so, what? One rumor is that they were looking for a missing nuclear warhead, but there is no evidence for this. Another was that they were surveying for a pipeline or possibly methane detection sweeps, but no one knows. Just about the only thing we do know is that these drones were real, thousands of people saw them across three states, and no one has ever taken responsibility for their presence.

Despite intensive investigations into the phenomenon by local law enforcement, the FBI, and the FAA, no answers were ever found, and after several weeks the drones disappeared just as suddenly as they had appeared, taking the answers we seek with them. What was going on here? Who was controlling these drones and what did they want? No one has ever been found to be behind it, nor has anyone ever taken responsibility, and it remains a perplexing mystery that will likely never be solved.

Alien Abductions & Surveillance On All Sides