Just a couple of days ago, on Facebook, I was asked when I thought "the aliens" would land and when we would finally get definitive disclosure. Well, first and foremost, we don't know for sure that the UFO phenomenon is extraterrestrial. Nor do we know that "they" have disclosure on their agenda - even if they have agendas like ours. The fact is that just because the UFO subject is big news now, and with new revelations coming out of government and military agencies, doesn't necessarily mean that we are going to see ourselves immersed in a real-life The Day the Earth Stood Still scenario. Indeed, I am someone who does not think we're going to get any big revelations, nor do I believe we'll have the bodies from the Roswell crash of 1947 paraded for one and all to see. And, in light of that aforementioned Facebook chat, I'll tell you why I doubt that Disclosure is coming. 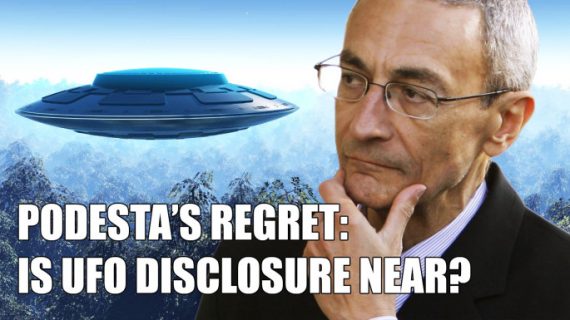 First and foremost, we've heard all of these "the truth is coming" scenarios time and time again. For example, in 1971 there were whispers that the full story was going to emerge. An anonymous letter was sent to the FBI that read as follows: "In approximately seven months or January, 1972, certain copies of top-secret documents shall be sent to the New York Times as well as two other newspapers. These documents are related to and will be an ostentation of the involvement of the Pentagon in the controversial 'Unidentified Flying Objects' or 'Flying Saucer' subject. It will show that not only the US Air Force was involved in UFO research but the other military branches as well. Analysis and the actual conclusions of the classic UFO cases shall be revealed. This shall be accomplished by zeroxed [sic] documents and photographs that General Wolfe had reviewed when he was head of the Army’s UFO support program in the Pentagon during the Eisenhower years. Sorry, but it is concluded here that this is the best course to take because we feel that the secret UFO investigations are parallel in nature to the Times-Pentagon-Vietnam controversy. If we are wrong in taking this action, time will tell." You can see the letter at this link.

Of course, history has shown that the story didn't go any further. What could have been the start of Disclosure turned out to be garbage. In the 1980s, when the bogus Majestic 12 documents appeared, there was significant talk that this was all the beginning of a widespread revealing of the UFO truth. In 1952, there were multiple flyovers in the skies of Washington, D.C. by UFOs. The story is a fascinating one. Arguably, an amazing one. Yet, "the aliens" never took things any further. In 1973, there was a huge wave of UFO activity that had many in Ufology suspecting that the truth might be on the horizon. After all, there were some classic cases: the "Captain Coyne" helicopter-based encounter and the Pascaogoula/Hickson-Parker abduction affair were just two classics of many. But, it didn't go anywhere. When, in 1989 and 1990 there were multiple UFO sightings of the "Black Triangle" type, there were hopes that this was just the beginning. Well, there was no beginning. Now, today, we're seeing new revelations, claims, photos and footage - and even people in government addressing the UFO subject seriously. But, if we look at earlier years, a solid case can be made that the events of today are not much different to those days of decades long gone.

The fact is that Ufologists here, there and everywhere have been waiting for Disclosure forever. On several occasions it appeared to be on the horizon. But, it never actually managed to get over that same horizon. What happened? I'll tell you what happened: everything fizzled away until the next big, exciting thing came along. And then that one went away. And so on and so on. Maybe, this time, Disclosure really is looming large. I'll be amazed and as happy as a pig in shit if it does occur. But, we have to take a look at the history of Ufology. And the fact is that on each and every time it looked like it was coming, Disclosure stalled. Why should things be any different now?