The Strange and Eerie Vanishing of Jim Sullivan

It is a sad fact that there are people who seem to be swallowed up whole, vanishing to never return and most often leaving behind bizarre clues. Many of these people slip through the cracks, never even registering on the radar, but others manage to worm their way into the lore of great disappearances based on their achievements in life. One such case orbits a budding musician, now considered a sort of genius in some circles, who recorded an album about aliens and then went on to vanish and stir up all kinds of strange theories as to what happened to him.

Jim Sullivan was a folk rocker who came onto the scene in 1960s Los Angeles, California, starting with his band The Survivors and working the club scene, eventually making a name for himself as a fixture of a popular Malibu club called Raft. It was here that he would become a local celebrity and rub elbows with some of the top Hollywood brass at the time, including big stars including the likes of Lee Majors, Lee Marvin, and Harry Dean Stanton, and he even had a small role in the cult classic film Easy Rider. It seemed he was destined for greatness, and in 1969 he was able to scrape together the funding for his seminal 1969 album U.F.O., which had the talent and backing of the sessions musicians The Wrecking Crew, who’d played with acts like the Beach Boys and Simon & Garfunkel on some of their biggest hits. Despite all of this raw talent on board, the record couldn’t find a major label, and so was released on the small label called Monnie Records, which had been cobbled together by Sullivan’s friend Al Dobbs for the purpose of getting it released. At the time the album released to little fanfare, although U.F.O., with its unique style blending folk, rock and country, would acquire cult status in later years.

Although the album would go on to be a classic, at the time it bombed pretty hard, and by all accounts Sullivan did not take it well, spinning into depression, although he still continued to perform at clubs and even recorded a second album entitled Jim Sullivan, which was released on Hugh Hefner’s very own short-lived label “Playboy Records,” and similarly got a tepid response upon release. He never would recover from his perceived failure to make it big, becoming alcoholic and increasingly paranoid that people were ripping off his signature style, all while his marriage gradually disintegrated. In 1975, the increasingly disillusioned Sullivan decided to go to Nashville, Tennessee for a fresh start and to try to inject some life into his floundering career. He packed everything into his Volkswagen Beetle on March 4, 1975 and hit the road, leaving behind his wife Carol and son Chris, telling them they would join him when he found a good gig, but he would never reach his destination, and would indeed drive right off the face of the earth.

It is known that he made it as far as New Mexico, where he arrived the following day, but then things get a bit murky. It is known that he was stopped by a highway patrol officer regarding swerving on the road while driving, found to have been from fatigue and tiredness from being on the road, after which he had checked into the La Mesa Motel in Santa Rosa, New Mexico, but it would later be found that the bed in the room had never been slept in and that his key had been locked in there. The following day he was allegedly spotted aimlessly wandering around at a ranch about 26 miles away. This would be the last anyone saw of him, and his car would be found at the same ranch, locked, abandoned, and containing his wallet, money, guitar, clothes, and a box of his unsold records. There would be numerous intense searches of the area, and police would even turn up a body out in the desert just a few miles from the vehicle, but it would be found to not be that of Sullivan. Despite numerous searches no sign of Sullivan could be found, as if he had just evaporated into thin air, leaving behind all manner of theories including that he had run off on his own, had gotten lost in the desert, or that he had been murdered. Sullivan’s son, Chris Sullivan, would in later years say of it all:

I think he got on the wrong side of someone out there and was probably murdered or buried. He was stopped by the police out there, and law enforcement has a way with making people disappear. It was odd, of course, that all of his stuff was left behind. If you were killed or disposed of, would someone not get rid of all of the evidence? Maybe he just took a long walk? Maybe the grind of trying to make it in an industry he loved so much—and failed at, for lack of a better word—just got to him. Maybe I have some mysticism to me as well, tempered with pragmatism that overwhelms me. Perhaps he just walked into the desert. The mystery of it all is just nagging…a long way to say that I have no idea. After the facts, no, we heard absolutely nothing about what happened to my dad. Our families were out there for a time—they were bulldogs—even tried to get people to fess up, but nothing ever came of it. I’ve had a long time to think about all this. 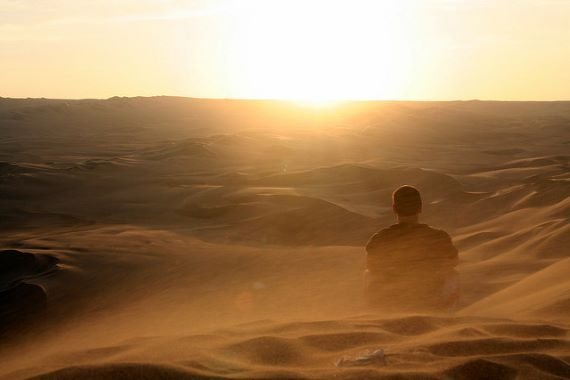 Of course, you don’t release an album called U.F.O. about surreal alien encounters without people speculating that he was perhaps abducted by a literal UFO. There has been plenty of discussion and debate that Sullivan was taken away by aliens, largely because of the coincidence of him making that album and the fact that he went missing not far from the notorious UFO crash site at Roswell, New Mexico. Jeff Terich, of Treble Magazine, has said of this rather outlandish conspiracy theory:

U.F.O. is the reason why the abduction theory persists, and I get why that is. It’s a funny coincidence that six years before he vanishes, Sullivan should happen to release a song about extraterrestrial visitors. And he just so happened to go missing in New Mexico, the very state where the famed Roswell incident occurred in 1947, kicking off generations’ worth of suspicions over government cover-ups and airplane hangars full of flying saucers. That being said, “U.F.O.” isn’t so much a prophecy as it is a warm and good-humored psychedelic country-folk song about visions of faith. In listening to “U.F.O.”, it’s easy to hear why this is an appealing theory about what happened to Jim Sullivan. Not because it’s likely—I doubt anyone could come to that conclusion so readily—but because it provides some kind of comfort. In “U.F.O.”, he’s enthralled by what he’s seeing, but it’s a feelgood vibe, like maybe those aliens just might be alright after all. (Or the Lord—it’s really more about that.) The truth about Sullivan is probably less outlandish but a lot sadder. He probably died alone in the middle of the desert, and that’s something that most of us probably wouldn’t want to fathom. Given the circumstances, I’d probably prefer to be the subject of urban legend too. And when I think of Sullivan looking toward the sky at the incredible sight before him, I can’t help but smile at the thought of him on some interstellar journey beyond our understanding.

Whatever the case may be, the strange vanishing of Jim Sullivan has become one of music’s biggest unsolved mysteries, threatening to eclipse the actual music and vision of the man himself. Although Sullivan’s albums have in later years become cult classics, this is often overshadowed by the sheer eeriness of his odd disappearance. Matt Sullivan (no relation), the founder of Light in the Attic Records, who reissued the albums as well as a collection of previously unreleased demos by Sullivan, has said:

When you discover a story like Jim’s, you start hearing the music differently. It seems impossible not to hear the lyrics as a prediction…that he would come to some kind of mysterious end. I hope that people remember him for making a masterpiece. His voice has this kind of weathered, worldly Americana sound. Kind of a country-mixed-with-rock element to it. From there, the production, the strings: It's lush, but they're dark and eerie. I kind of look at it as pop songs that aren't happy. They're filled with despair. With or without his disappearance, there's something in those lyrics that is incredibly mysterious and eerie. One thing that one of Jim's friends pointed out was that the guitar was left in the car. If Jim was going to disappear, that would have been the one thing that he would have taken – because wherever he was in the world, he could always stand on a street corner and make a few bucks playing his guitar.

Whatever happened to this promising star? Where did he go? Was this foul play. an unfortunate accident, or something even stranger? All we know for sure is that this guy went out into that desert for reasons unknown and vanished off the face of the earth, leaving behind many questions with no answers. His legacy lives on, in a sense, but what happened to him will likely forever be a mystery.

Europa May Have Active Deep-Sea Volcanoes